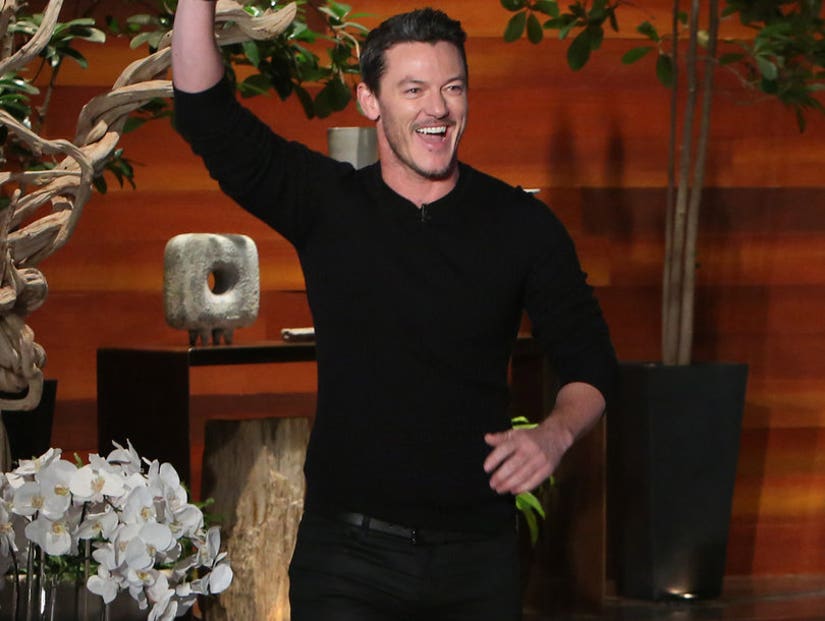 Luke Evans was no exception to Ellen DeGeneres' games Monday when the “Beauty and the Beast” star made his debut on her talk show.

DeGeneres began the interview by pleasing her female-heavy audience with a load of shirtless photos of the ripped actor.

“Whenever it's your first time on the show, we have to show shirtless photos," DeGeneres said.

But as the racy shots kept coming, Evans became overwhelmed with embarrassment: “Oh, no! Don't embarrass me. Can we just stop? OK! OK! I post a lot. You've just ruined it now. I'll never post another one.”

But DeGeneres didn't stopping there. She then shared a video of the shirtless actor singing Adele in his living room.

“I'm the biggest fan of Adele,” Evans said. “My mum is on the little iPad on the screen, if you see there, and I'm singing. I didn't realize when I zoomed in it was Ellentube I was watching Adele on. And this is me belting out 'When We Were Young'. This is what I do on a Sunday morning, guys – learn Adele tracks. I FaceTime my mum when I learn a new song; she loves that. She tells me whether I should just drop it then or maybe learn it a little better. Now I sing it all the time.”

The comedian host is known for her little pranks on the show, and Evans was hoping Adele would jump out behind him for a big surprise.

“If only,” DeGeneres laughed. “It's a shame you know what happens [on the show] because she's not here.”

DeGeneres then tried to make up for it by bringing out a shower curtain of a shirtless cutout with a photo of Adele singing on the other side.

“His physique is way better than mine,” Evans said looking down at the shower curtain before belting out “When We Were Young” acapella.