Trevor Noah had one thing to say Thursday night to people blasting Barack Obama for cashing in on a paid speech.

"F--k that and f--k you," the"Daily Show" host said while defending the former President from making a reported $400,000 to speak to Wall Street firms.

"I know people may say that it weakens public trust when politicians cash in immediately after office, but at least Obama waited until he left office unlike [Donald Trump], who's using the White House as an ATM machine," Noah said. "I agree that the system must change, but it doesn't change with Obama.. I'm sorry, no. The first black President must also be the first President to NOT take money after office? No, my friend. He can't be the first of everything." 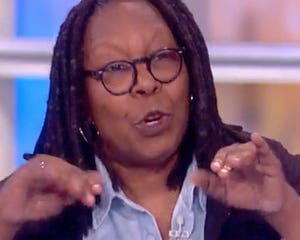 In keeping with the theme of speeches, Noah went on to discuss Ann Coulter's speech at Berkeley this week, which was cancelled last minute.

"If you think Obama made people mad with his planned speech, Ann Coulter was like, 'Hold my beer,'" Noah joked.

"'Why won't they let me say I'm a Nazi?!'" Noah said while mocking Coulter. "She's right about the free speech thing, but here's my opinion...Even though Ann Coulter is clearly trolling and doing this for the publicity of not letting her speak, they should just let her speak." 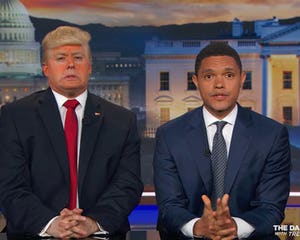 Noah pointed out that by letting Coulter make her speech, UC Berkeley would be giving her exactly what she doesn't want.

"You realize, she doesn't actually want to speak. She wants to be stopped from speaking,” Noah said, then add suggesting Coulter was the equivalent to "your friend who's like, 'Hold me back! Hold me ba.k!'"

"The truth is, a side effect of free speech is that there will always be hate speech," Noah said. "If you ban one, you risk banning the other. If you call Coulter hate speech, then what's to stop Jeff Sessions from calling Black Lives Matter hate speech?"