Bravo's latest, “Invite Only Cabo,” follows celebrity hair stylist Larry Sims (known for working with A-listers such as Mary J. Blige and Tracee Ellis Ross) and his circle of friends on a “once in a lifetime trip” to Cabo San Lucas, Mexico.

Sims' invite list includes six pals from different phases of his life who know next-to-nothing about each other, but when he hosts them all at his luxurious home, the combination quickly turns into an environment of jealousy, betrayal and even some steamy hook ups! 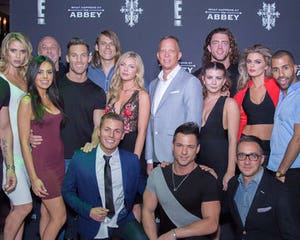 'What Happens at the Abbey' EP, Cast on Who Actually Works There, 'Vanderpump Rules'

TooFab's exclusive clip proves the group wastes no time getting comfortable with each other as single mother Bianca Banks instructs the crew to watch her roommate Emily Moses and the house flirt Agu Ukaogo get wild in their bedroom from the outside window.

“So I go to my room and she's laying in the bed and they started kissing,” Banks whispers outside as the rest of the crew giggles. “Stop, I'm watching.”

Ukaogo then interrupts their little huddle to inform them he's “going to bed,” and when he doesn't return back to Moses fast enough, she comes searching for him.

“It's like she's in a trance,” Banks admitted in a confessional. “Clearly she is trying to find the candy shop.”

“Invite Only Cabo” airs Sundays at 9 p.m. ET on Bravo. 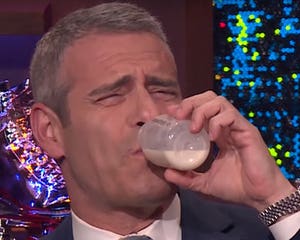