Being a target of Donald Trump's Twitter fury is an experience for a select few, and considering the President's infamous beef with Mika Brzezinski and Joe Scarborough, Stephen Colbert welcomed them to the elite club on Tuesday night.

The "Morning Joe" hosts (and engaged couple) were inducted into the "Trump Attacked Me On Twitter Hall of Fame" on "The Late Show". Scarborough kicked off the ceremony (above) by giving a speech about his future wife, a seven-time recipient of Trump's Twitter rampage.

"Mika was both a likely and unlikely target of Donald Trump's cyber bulling," he said. "Likely because she's a female journalist who speaks her mind, unlikely because her last name is far too difficult for him to spell." 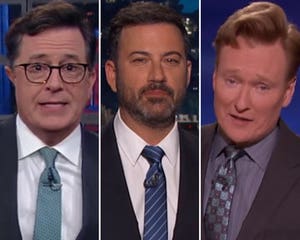 Brzezinski accepted her award, saying it's truly "an honor of a lifetime," before she returned the favor and honored Scarborough with the same award.

For those who may have forgotten, Trump mocked "low I.Q. Crazy Mika, along with Psycho Joe" on Twitter back in June, tweeting that Brzezinski was "bleeding badly from a face-lift" while the media-star couple attended an event at his Mar-a-Lago estate. 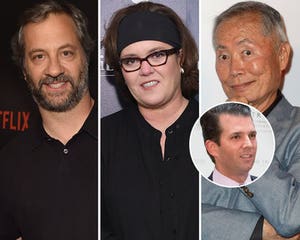 Scarborough, a longtime Republican and former politician, also announced during his appearance on Colbert's show that he will no longer be a member of the GOP. 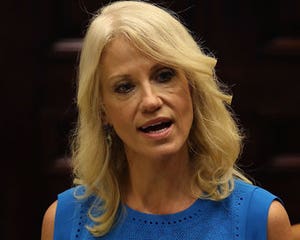 "I am a Republican, but I'm not going to be a Republican anymore,” Scarborough said as the audience roared in applause. "I've got to become an independent."