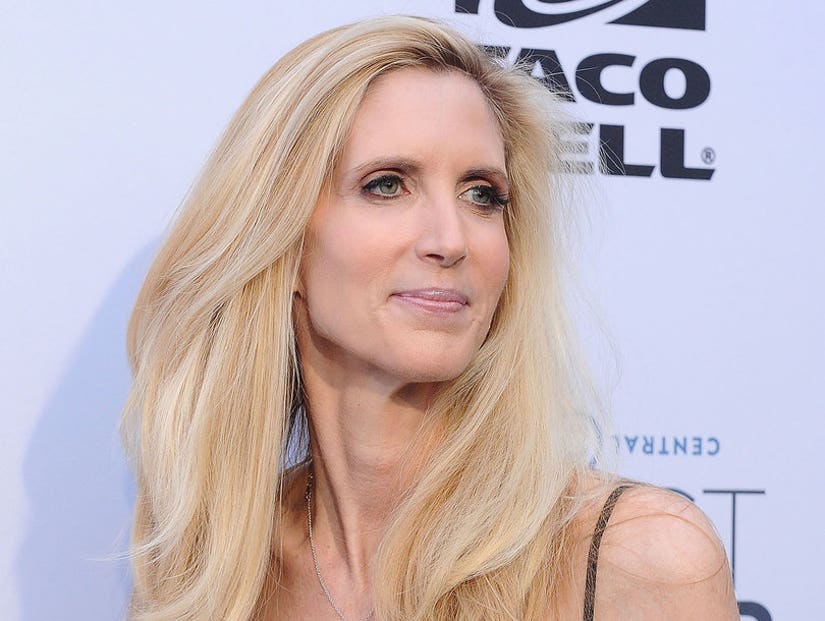 It's another story about an airline taking away a customer's pre-booked seat and giving it to someone else - only this time, the victim is one of the most divisive figures in American politics.

Conservative pundit/provocateur Ann Coulter, famous for her blisteringly offensive rants against Democrats, immigrants, people of color and the LGBTQ community, flew into a Twitter rage on Saturday when Delta Airlines allegedly removed her from the extra-room seat she'd paid for in advance and gave it to another woman.

Coulter photographed the other passenger and broadcast the picture to her 1.6 million followers while tearing into Delta, demanding an explanation and even accusing the airline of disabling their wifi so she couldn't tweet about it. 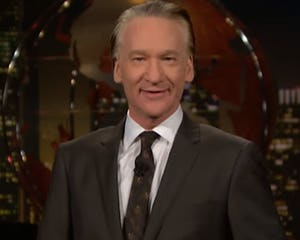 Bill Maher to Democrats: ‘Have Some Balls’ if You Want to Win

Just when you think it's safe to fly them again, the worst airline in America is STILL: @Delta

.@Delta didn't give my extra room seat to an air marshall or tall person. Here's the woman given my PRE-BOOKED seat: pic.twitter.com/iDNB8xXXOd

Hey @Delta, you mind telling me why it was an "emergency" to move someone else into the seat I had carefully chosen in advance and booked?

Also, @Delta, your wifi doesn't work -- probably to prevent passengers from tweeting from the plane about how they're being treated.

Her rant extended into Sunday, when she compared Delta flight attendants and gate agents to prison guards, Stasi policemen and Nurse Ratchet from "One Flew Over the Cuckoo's Nest." She also implied that the "dachshund-legged" passenger that took her seat, who appears to be a woman of color in the photograph, was an immigrant.

Hey @Delta, if it was so important for the dachshund-legged woman to take my seat, she should have BOOKED THE SEAT IN ADVANCE. Like I did.

Delta tweeted an initial apology to Coulter, saying they "understand how this must be extremely frustrating."

I understand how this must be extremely frustrating, Ann. I'd like to extend my sincere apology. (cont.) *HJB

Meanwhile, a Delta spokesperson told BuzzFeed News that they were reaching out to Coulter about the complaint, but also said, “It appears her new seat was in the same row, just not the exact seat she had selected.”

Delta later tweeted Coulter that they would refund her $30 for the inconvenience, but that her comments about the passenger and Delta employees were "unacceptable and unnecessary."

@AnnCoulter We're sorry you did not receive the preferred seat you paid for and will refund your $30. (cont.)

@AnnCoulter Additionally, your insults about our other customers and employees are unacceptable and unnecessary. 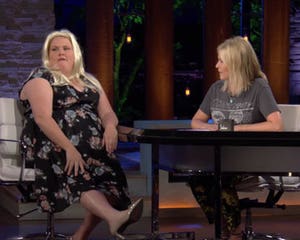 The controversy was comedy gold for Coulter's critics, with a few of them finding humor in the fact that she doesn't appear to fly first class.

Hey @AnnCoulter, remember when we booked you on our show and you cancelled, so we had to give your seat to someone else? pic.twitter.com/DIAMCWPMM6

maybe because emergency exit seats need to be occupied by people who will actually help other people?

Ann Coulter="Blacks need to get over their victim mentality"
Ann Coulter has to change seats on Delta="Oh my God, I'm being victimized!"

Ann Coulter tweeted at delta 10 times yesterday, relieving the rest of us from our snowflake status

Delta may want to thank Ann Coulter for single-handedly getting even more people to want to fly them, out of spite and sympathy

What's wrong with you @Delta? I read what happened to Ann Coulter & that was so wrong. You could have at least dragged her down the aisle.

Isn't Ann Coulter accustomed to uncomfortable flight seating since she usually travels on a broomstick?

I was hoping Delta moved Ann Coulter to the wing.

UNSPOKEN TRANSIT RULE: Please give up your seat for the elderly or pregnant. Please take the seat if it's Ann Coulter.

Friends, I speak to you now of a paradise where your brow is soothed and your spirit calm, for here we do not pay attention to Ann Coulter.