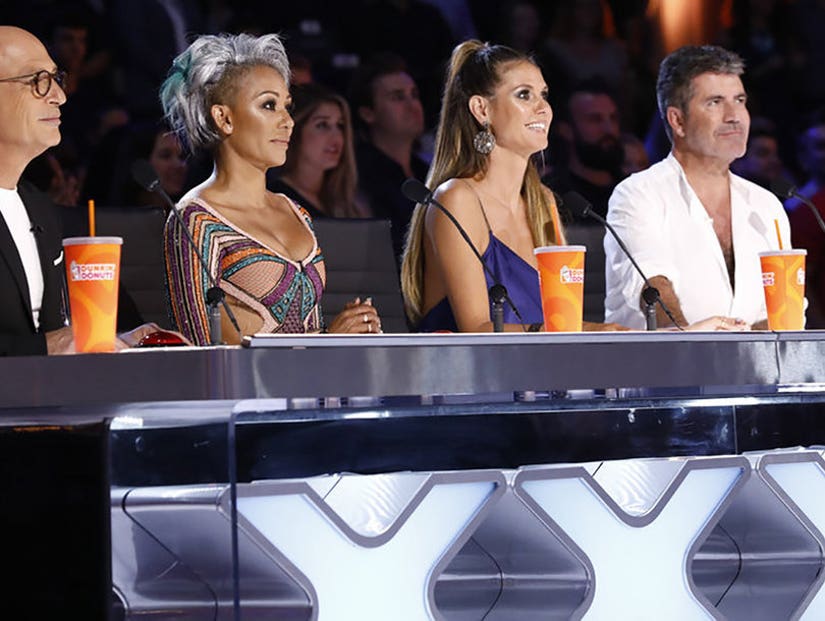 Another night of quarter-final live shows means a dozen acts hit the stage, but only seven will make it to the semi-finals. This was a night of powerful and emotional performances, but also technical difficulties impacting multiple acts. Would these snafus derail those performers? They didn't impact my opinions, but America may feel differently. The judges and I have lots of opinions, but they may not matter at all as America's vote makes the final decision.

Mirror Image (I don't know what this is) is a pair of teenage twins who are incredibly annoying. I was annoyed the first time they started talking and continue to be annoyed every time they're on the stage. Hopefully, America is annoyed enough to stop their run here. They said, "Twin it to win it," and then tried to sing Freddie Mercury and dance. It was … still annoying. 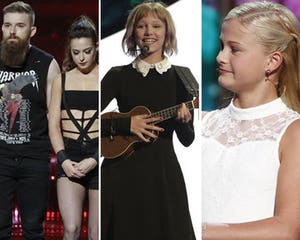 'America's Got Talent' Fifth Judge: As Singing Acts Take Over, What Happened to Variety?

Demien Aditya (illusionist daredevil) drove me crazy in his previous acts by essentially doing the same thing both times. He was supposedly buried under sand while his wife panicked only to emerge as one of his assistants. This time he put himself in a box that he had to escape before it dropped with his hands pushed out of the box and cuffed. There was a pause before the hands emerged, making me think he wasn't in the box. Once again, after everything seemed to go wrong, Demien showed up behind the judges. Something did go wrong -- I'm thinking the box didn't drop the way it was supposed to -- but it was still essentially the same thing we've seen before, only executed slightly differently.

Brobots & Mandroidz (dance troupe) performed in the dark, and I was kind of glad for it. What we could see was underwhelming at best and outright disappointing if I'm being completely honest. The choreography was fairly simplistic with only a few b-boy stunts mixed in. And if your dance crew has two dozen or so members, we should see more than one or two guys doing just a few tricks on their heads. When they were dancing together, there was almost always more than one person who was out of synch with the rest of them. All in all, this crew didn't look ready the last time we saw them, and that appears to still be the case.

Celine Tam (singer) is yet another young singer, but perhaps the most polished one of the season at only nine-years old. And yet, this began as a huge misfire. Celine was perhaps more nervous than she's been before -- it could be because producers put her atop a five-foot pile of rotting cabbages -- but to win this show, you have to be able to surpass them. Celine was missing notes here live when we didn't really see her do that in prior rounds. She showed her youth and remains a talented young girl, but she was overwhelmed by that song and got lost in it, and I think it may well mark the end of her run. That said, kid singers are dominating this season even when they're not great so maybe she'll win the whole thing. 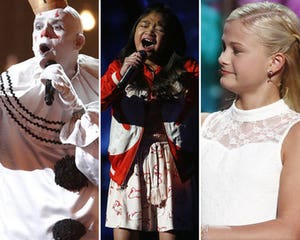 Johnny Manuel (singer) missed his chance at fame after getting dropped by a record label as a young teen. Now 30, he's proven he can sing one song, but so far that's all he's been able to do. And once again, he chose a huge song from a huge voice: Jennifer Holliday's "And I Am Telling You." I found him a little shrill when he launched into his upper range rather abruptly, but there's no denying the power of his vocal abilities. I would have liked to see more emotional connection to the lyric, but I was nevertheless impressed with what he's capable of. He does need some mentoring to keep him in the right wheelhouse going forward.

Evie Clair (singer) may have been given a disadvantage by having to watch a package about her father's battle with stage 4 colon cancer right before she performed. She has an ethereal quality to her voice that helps her stand out, but nerves and emotions got the best of her at the beginning. She missed a few notes along the way, but poured her heart and emotion into the piece giving a haunting and beautiful performance. Adding piano playing was a nice touch and a showcase of an additional talent for this young lady who has something special in her voice. 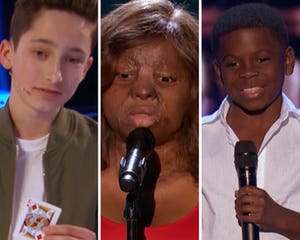 Light Balance (light dance troupe) earned Tyra's golden buzzer in the first round, so we'd only seen them once coming into this, and I didn't think they were as good as she did. We've seen light dance acts before, and better ones, I thought. Unfortunately for the guys, a technical problem meant we had to see their dress rehearsal. Luckily, the dress went very well. Even better, this was a much slicker and better performance. They added a story element with a very clever werewolf transformation and a battle between dracula and the wolf. The dance elements were fun, and it was very watchable. This is definitely the kind of act that could create an innovative and memorable stage show.

The Pompeyo Family (dog trainers) once again managed to make what looked like overwhelming madness look brilliantly orchestrated and presented. These are incredibly well-trained and talented dogs and even though there were three times more of them than the three members of the family, the Pompeyos never lost control. The jungle theme and costumes was an adorable addition and it did include a few new tricks alongside the staples we've seen before. The wildness of it remains it's absolute charm, and this remains an imminently watchable dog act.

The Masqueraders (singers) decided to finally debut what should have been their first single fifty years later. Unfortunately for the guys, the song is a little dated and not nearly as good as their vocals. The high harmonies were a little lacking, and they were overproduced and out of synch in a few spots. It was frustrating because this is one of my favorite acts in the competition. They are still absolutely amazing vocally, but I think they were overwhelmed by production and television restrictions. I don't even care that this wasn't the best they've been, because they are one of the best acts in the show. They didn't win the night, but they are more than worthy to continue. 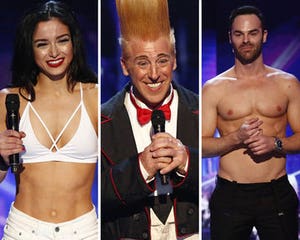 Eric Jones (magician) brought out some classic flare, essentially doing the same trick three different times but keeping it mesmerizing each time. In every case, it was a matter of moving a solid object through glass. First a poker chip, then a signed playing card, and finally his entire body. Eric has a very smooth and calm demeanor and delivery, and yet he manages the audience and his participants beautifully. The audience is relaxed and blown away all at the same time, which makes for a very enjoyable magic experience. Definitely a guy who could carry a show.

Merrick Hanna (dancer) once again told a beautiful story through dance, and I found myself physically moved by his performance. The addition of video behind him and beneath his feet on the stage only added to the storytelling elements of what he does, and was the first time I could really envision a full stage performance with him at the lead. At 12-years old this is easily the most talented pre-teen on the show. Merrick is a true artist and a visionary, injecting a hip-hop popping style with pathos and heart. It's amazing to watch, and he's an amazing young talent.

Mandy Harvey (singer) lost her hearing as a teenager and stepped away from music for a long time. If possible, Mandy actually got stronger since the first time we've seen her, singing an original song. Disability aside, this is one of the strongest, most unique and polished voices in a competition that is simply overwhelmed with singers. But Mandy deserves her chance to have a career in music, not because she's deaf but because she's a fantastic singer. She explained that she now makes music by feeling rather than sound, and I was feeling her tonight as well. She is what Evie Clare will grow into.

After seeing five singing acts make it through out of seven last week, I'm a little worried that there were six of them tonight. I didn't think all of them were ready, but Evie and Mandy were cut from the same cloth and both of them really shone tonight. I may be a bit of a hypocrite putting three singing acts through myself, but this was more to do with the non-singing acts disappointing tonight. But will America agree with me? 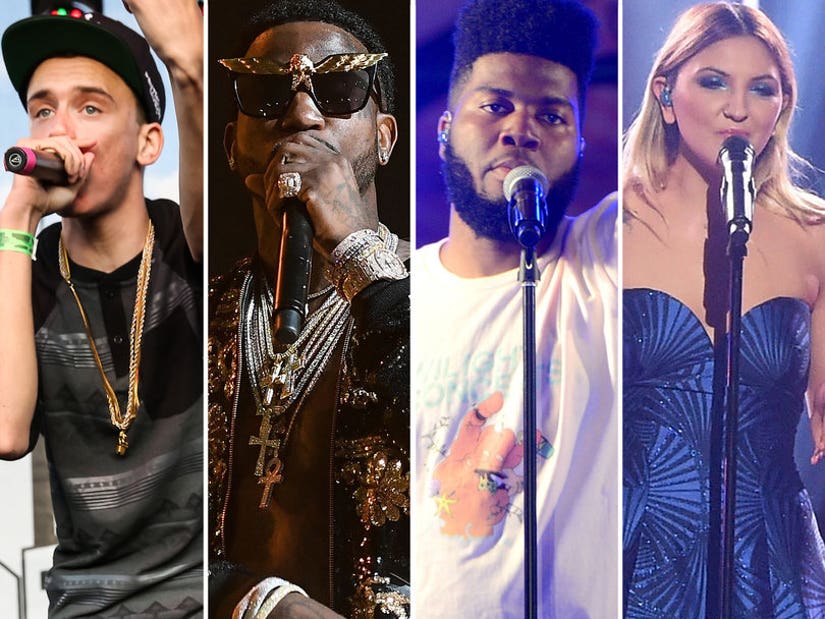