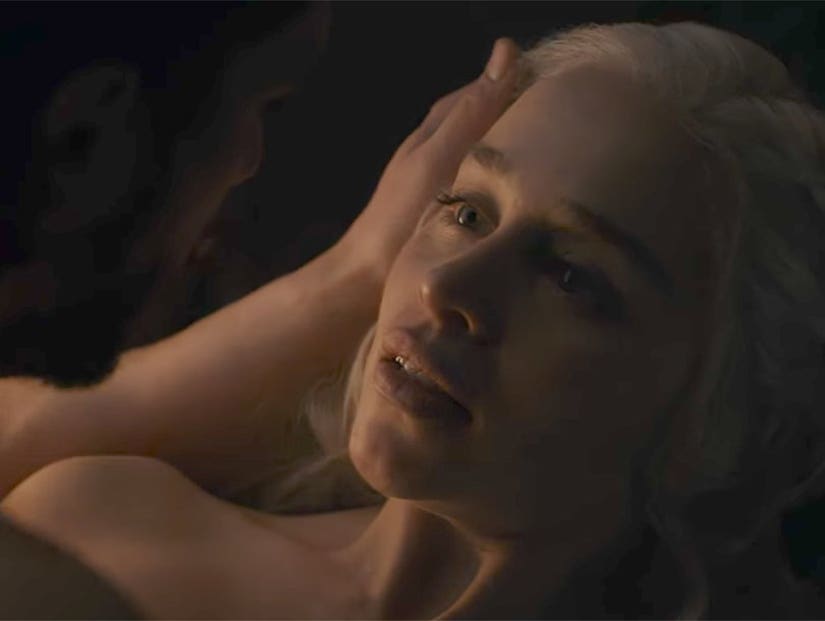 Jon Snow and Daenerys Targaryen's hot hookup was the talk of Twitter on Sunday night, after the Season 7 "Game of Thrones" finale ended with one steamy sex scene ... between an aunt and her nephew.

While the two still don't know they're related, fans at home finally got official confirmation as Bran and Sam reunited to reveal Jon's true parentage. Bran confirmed Rhaegar Targaryen (Dany's older brother) and Lyanna Stark (Ned's sister) were his parents, while Sam added the two were married before having Jon. It was also revealed that Jon's true name is Aegon Targaryen.

Executive producers David Benioff and D.B. Weiss talked about the show's latest incestuous tryst in a video HBO posted after the show, and what it means going forward. 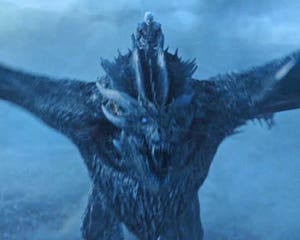 'Game of Thrones' Finale Player of the Week: Sometimes the Smallest Move Has the Biggest Impact

"Just as we're seeing these two people come together, we're hearing the information that will inevitably, if not tear them apart, at least cause real problems in their relationship and she's his aunt," Weiss explained.

"It complicates everything on a political level, on a personal level and makes everything that could have been so neat and perfect for Dany, really muddies the waters," Benioff added.

Making the waters even muddier: there's a pretty good chance Dany's going to get pregnant from this bedroom romp, right?

Social media was ablaze with hilarious reactions as soon as the two hopped into bed with each other. See the best tweets below:

When Jon finds out Daenerys is his aunt. #GameOfThrones #AegonTargaryen pic.twitter.com/P3XIN4sMMo

When Bran decided to tell Jon the truth the minute he decided to get it on with Aunt Dany. #GameOfThrones pic.twitter.com/YPy01OzzMZ

When you're against twin incest but find yourself rooting for an aunt and nephew tandem... #GameofThrones pic.twitter.com/HWgf5JDgmB

Never been so excited for someone too hookup with their aunt #GameOfThrones pic.twitter.com/YlMuotXCFh

#GameOfThrones
Half of the GoT fandom:"But they're aunt and nephew!!!"
Other half: pic.twitter.com/GCIAPLzMhP

Jon when he finds out he boned his aunt. #GameofThrones #ThronesYall #DemThrones pic.twitter.com/a65CokwnO1

So many revelations about Jon's bloodline. And here he is in bed with his aunt #GameOfThrones #AegonTargaryen pic.twitter.com/9sBibDuXMZ

Bran: Jon, your real name is Aegon Targaryen and you're the son of Rhaegar Targaryen. Daenerys is your aunt.
Jon: #GameOfThrones pic.twitter.com/YXo0dkZVeQ

It's not incest if you don't know you're aunt and nephew
#GameOfThrones pic.twitter.com/zxhubFreUd

Imagine finding passion and love with someone again after your first love died annnnnd it's your aunt. #GameofThrones #GameofThronesFinale pic.twitter.com/JeeSgqfxre

#gameofthrones greatest achievement this season: getting us to root for a guy to hook up with a woman we all knew was his aunt.

So #GameOfThrones has taught me that I'm against twin incest but aunt/nephew incest is totally fine. pic.twitter.com/42zQkzwdaF

THEY ARE ENDING IT WITH JON FUCKING HIS AUNT. #gameofthrones

Next season Bran to Jon: "I saw you that night with Dany. You guys looked so beautiful. Btw you're her nephew" #GameOfThrones pic.twitter.com/lh9BhBwjyv

When you hear your nephew is coming over for a visit #GameOfThrones pic.twitter.com/KRffPWj296

Yes I know that Jon is Dany's nephew. Yes I'm still down for them doing their thang. 🤷🏻‍♀️ #GameOfThrones

All the white folks watching #GameOfThrones when that Auntie & Nephew got nekkid & bumped pastries on the ship. pic.twitter.com/SgQuoDblny

sooooo to add insult to injury, Daenerys's new lover is her nephew who was named after her grandfather #GameofThrones #GameOfThronesFinale pic.twitter.com/rnzXaiY6bI