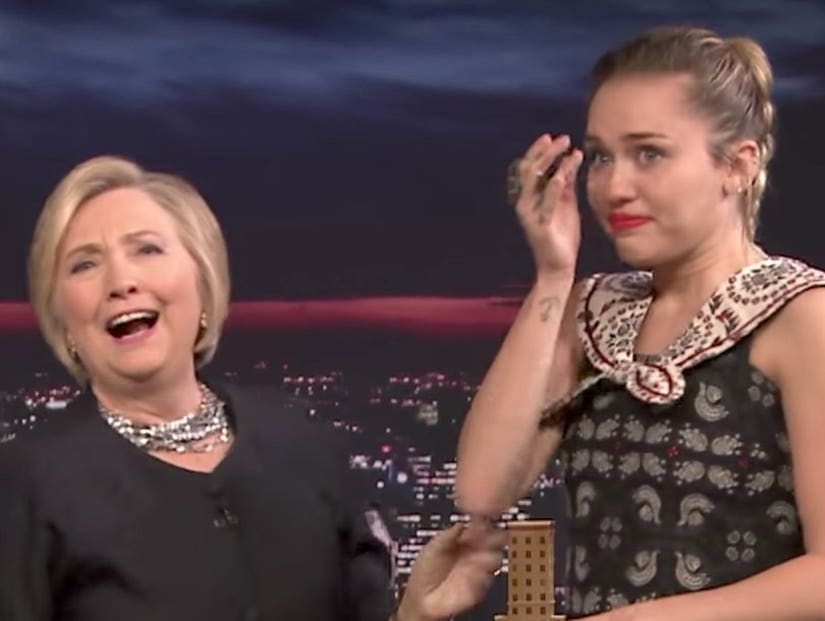 Miley Cyrus had some tears to share with Hillary Clinton on "The Tonight Show" Wednesday.

The pop star couldn't keep her eyes dry while writing a thank you note the former secretary of state and Democratic presidential nominee, who lost to Donald Trump last year.

"Thank you, Hillary, for being a constant beacon of strength, hope, and determination for me and millions of other young women," Cyrus said through tears. "You've been a role model and an inspiration and a voice of reason in uncertain times. I could go on and on, but I'd like to get to the point: Can I give you a hug?" 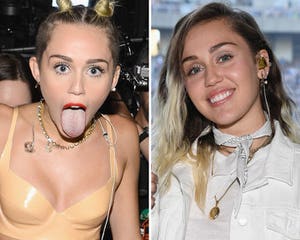 "I've been wanting to do that," Cyrus added.

The politician, who is busy promoting her book about the election, also got in on the emotional action after hugging Cyrus.

"This is pretty amazing. Thank you Miley, the 'Tonight Show' writers and al of the women and young girls out there, you are smart, strong and deserving of every opportunity. Together we've made our voices heard, we've done great things, and we've come a long way. But as Miley would say, 'We can't stop and we won't stop.'" 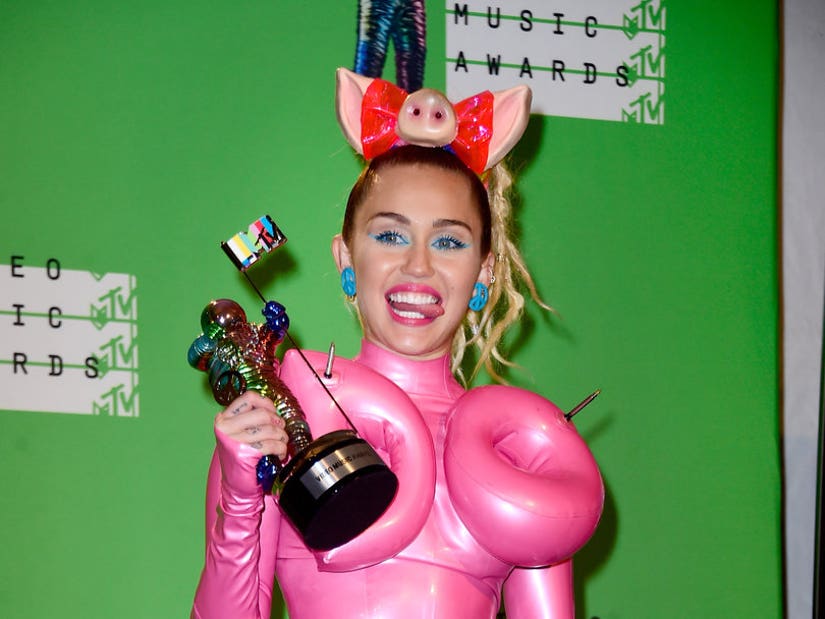