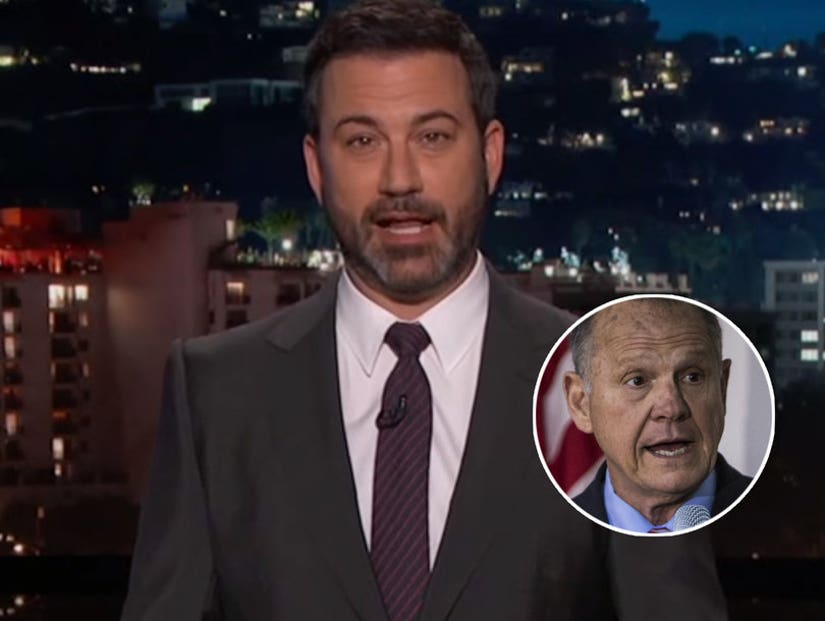 Jimmy Kimmel's Twitter war with Alabama Republican Roy Moore spilled over into late-night on Thursday, as the host devoted 1/4 of his show to taking down the wannabe senator.

Their battle started online earlier in the day, after Moore called out Kimmel for mocking his "Christian values" and challenging him to "come down here to Alabama and do it man to man." He was ticked after Kimmel's correspondent, writer and comedian Tony Barbieri, was dispatched to cover one of Moore's rallies in character as Jake Byrd.

"I accept the invitation. I will come down there. I'm gonna come down to Gadsden, Alabama with a team of high school cheerleaders. We'll meet you at the mall, don't worry, I can get you in," Kimmel clapped back on his show, referring to allegations that Moore was banned from the local mall for pursuing young women.

"And if, when the girls and I show up, if you can control yourself and behave, if you can somehow manage to keep little Roy in your little cowboy pants when they those nubile young cheerleaders come bounding in, you and I, we'll sit down at the food court, we'll have a little Panda Express, and we'll talk about Christian values," Kimmel continued.

The host then pointed out that he's a Christian as well, explaining how he wanted to teach Moore about the teachings of his own church. "At my church, forcing yourself on young girls is a no no," he explained. "When you commit a sin at our church, at our church we're asked to confess and ask for forgiveness for the sin, not to call the women you allegedly victimized liars." 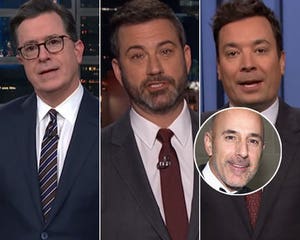 Kimmel then wondered if Moore's tweet was actually a challenge for a physical fight. "There is no one I would love to fight more than you," Jimmy said. "If you are challenging me to a fight, here's what we'll do. We'll find a place to do it, I'll wear a Girl Scout uniform so you can have something to get excited about and whoever wins the fight will give all the money we charged for tickets to charity. My charity will be the women who came forward to say you molested them."

"Maybe if you went man to man instead of man to little girl, you wouldn't be in this situation ... allegedly," he added.

Oof. You think Moore regrets picking a fight with the late-night star who helped take down the GOP's last healthcare bill? We'll put our money on yes.

Sporting a shirt reading "Gimme Moore," Barbieri was seen outside the church shouting things like "Honk if you don't believe women" and "We don't care what you did, as long as you're not a Democrat!"

Barbieri was eventually removed from the premises. 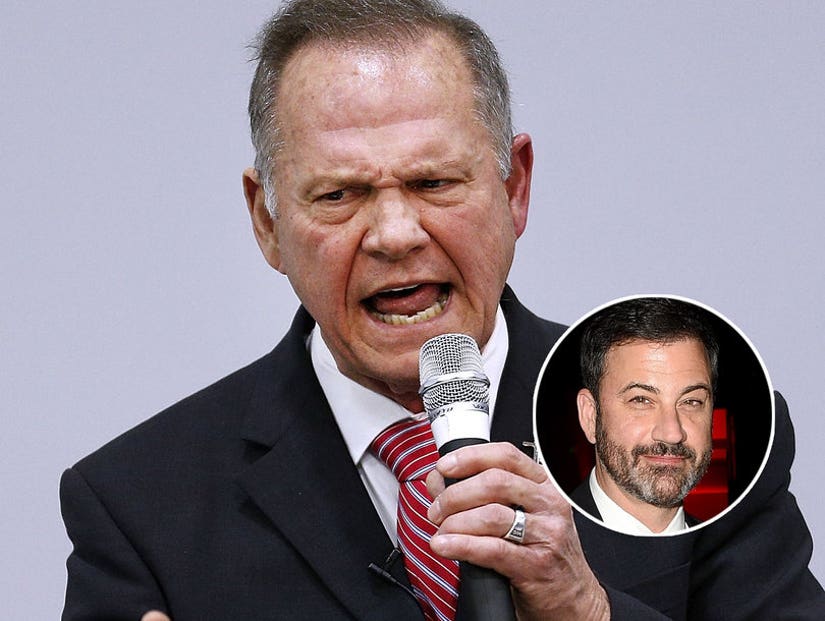