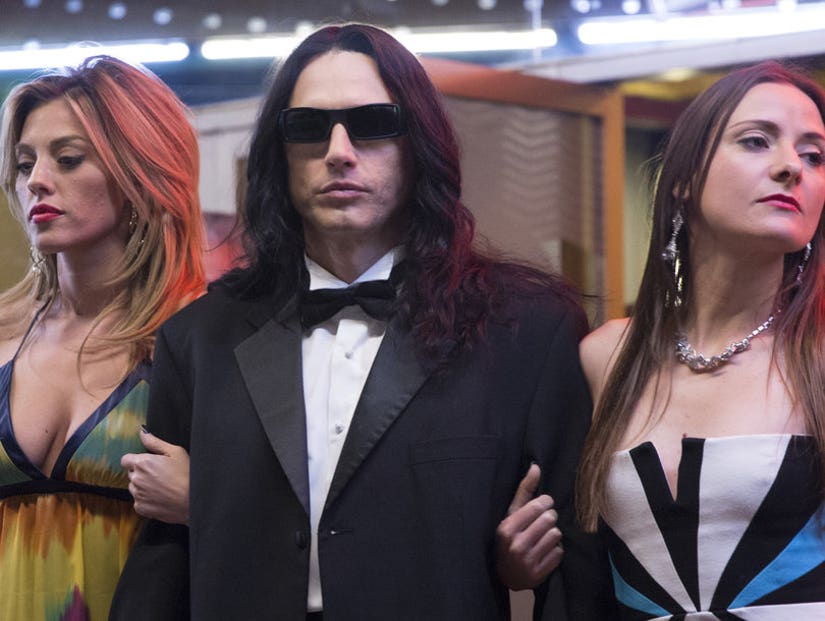 "The Disaster Artist" is really two stories disguised as one. On the surface, it brings to the big screen the story behind the production of "the worst movie ever made," the accidental cult classic that is 2003's "The Room." But "The Disaster Artist" also acts as a proxy autobiopic for its director and star James Franco.

The 39-year-old multi-hyphenate and art-world crossover is clearly infinitely more talented than Tommy Wiseau, the mystery man who served as the writer/director/star of "The Room." But Franco has said that he feels a deep connection to (or at least understanding of) Wiseau, who has spent the last 15 years as the subject of satirical celebration, the punchline to his own joke. Over the last six or seven years, Franco, a one-time blockbuster star who won awards early in his career for playing James Dean, has veered toward art world curio and indefatigable academic. Since his 2011 Oscar nomination for "127 Hours," he's churned out indie movies of varying quality (some solid literary adaptations, others bizarre and even quasi-pornographic), earned degree after degree, published books, and created modern art installments. 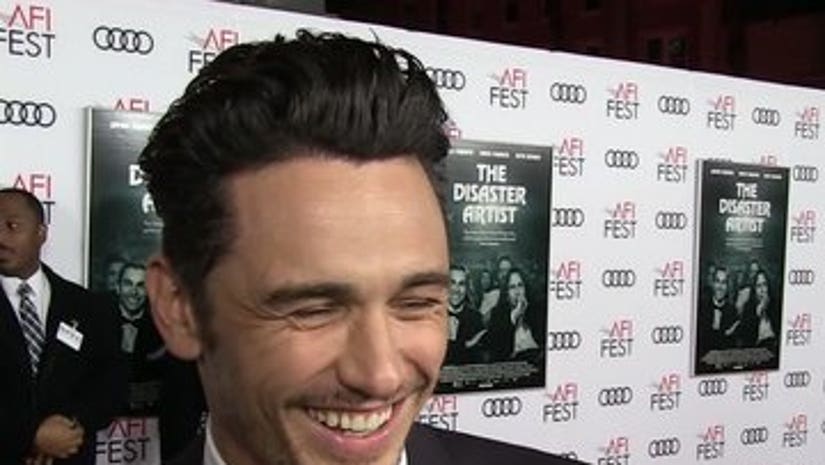 No one has been able to get Franco to fully explain his seemingly scattershot, full-throttle approach to productivity, and though he doesn't really owe anyone an explanation, the result is that despite matinee idol looks and real talent, he's become a man of mystery. His biggest hits in recent years, like "This Is The End," have played on that narrative, so it was clear well before "The Disaster Artist" that he was well aware of the reputation.

But in "The Disaster Artist," he doesn't just get to poke fun at it, he actually lets the world into his head a little bit, albeit through another man's story. No one really knows anything about Wiseau to this day — his age, where he's from, how he got his money. And he's considered by many to be insane, imperious, delusional. And while Franco, as the filmmaker here, shows all the evidence suggesting that Wiseau is indeed each of those things (he throws fits, talks in non-sequiturs, and understands zero social cues), he also portrays him in a sympathetic light, as a well-intentioned guy who has a true vision.

Franco plays Wiseau, which only underlines his feelings about the guy. And the performance is no pastiche or on-the-surface spoof, either; in the movie-within-the-movie, he perfectly replicates Wiseau's voice and mannerisms (they show a side-by-side comparison during the credits). It wasn't mimicry, either — Franco actually directed "The Disaster Artist" in character as Wiseau, which helped make his performance even more convincing. It's obvious that it's not a mechanical transformation, or an actorly exercise to tap into manufactured empathy, either — Franco wants Wiseau to be the hero of the story, to come off well, because he understands him and his feeling of being misunderstood.

Luckily, Franco, even while playing Wiseau, is still an infinitely better director than the real Wiseau. First, the re-created scenes of "The Room" are beat-for-beat carbon copies, which is actually an incredibly difficult feat to accomplish — it's a bit like remaking a splatter painting, or re-enacting a series of cataclysmic accidents. The awful apartment set with green screen roof view — Wiseau moved from San Francisco to Los Angeles, only to shoot a movie that requires (for no real reason) a 360 degree of the San Francisco skyline — are all reproduced with aplomb. Even more impressive though is the way he constructs the real-world relationships we never see in "The Room." 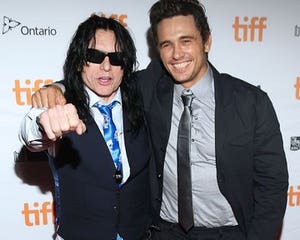 The most important relationship in "The Room" is the friendship between the two leads, Johnny and Mark, who was played by Wiseau's real best friend, the much younger wannabe actor Greg Sestero. A much younger guy who met Wiseau at an acting class, he was well aware of the mystery man's bizarreness — he wrote the book on which "The Disaster Artist" is based — but they were close nonetheless, codependent in a weirdly healthy way. He was a bit of a pretty boy, getting modeling gigs far more frequent than acting ones, which made sense for a shy kid from the Bay.

He's played here, in a stroke of brilliance for a bromance, by Franco's own brother, Dave Franco. This gives the relationship a natural trust and ease — you know and believe these two are really rooting for one another, despite both logic and odds. And Dave more than holds his own against James's whirlwind performance, providing a grounding presence as the audience's conduit to Tommy's crazy world.

Many real humans made "The Room," and they were even more baffled on set than two decades of audiences have been watching it. The cast and crew were teased by opportunity and money — Wiseau was mysteriously wealthy — and then made miserable by his antics. Wiseau had never made a movie before, but was convinced he was an expert. Casting here is brilliant, too; Seth Rogen, Franco's good bud and frequent collaborator, plays an exasperated production manager, which is likely not a huge stretch for him as a producer of some of Franco's films.

Also smart casting was Alison Brie as Greg's increasingly exasperated girlfriend. She is Dave Franco's real wife, and no doubt she too has had to exhibit serious patience with his older brother at times.

The strangest thing about "The Disaster Artist" may just be that it's not all that strange. It could be a story of an insane man who made a deeply terrible movie (and got lucky people like to make fun of it). Instead, it's a movie about a dreamer and misunderstood guy who achieved true friendship and a success that few can claim, even if it's ironic. The story is wilder than the movie, which is to Franco's complete credit.