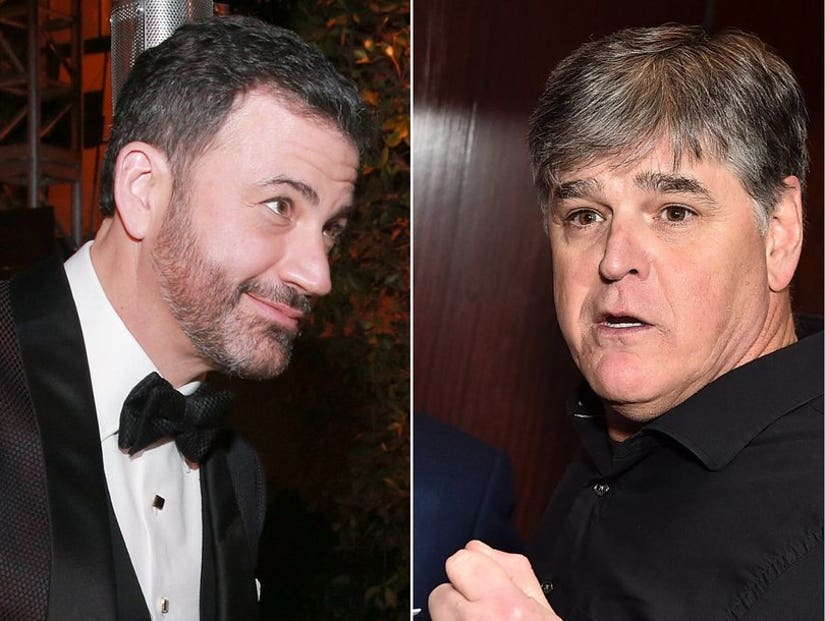 Jimmy Kimmel has called for peace via Twitter in his escalating feud with Sean Hannity, though he couldn't resist throwing some shade at the Fox News host while doing it, while Hannity promises a full response on his Monday night show.

"I realize that the level of vitriol from all sides (mine and me included) does nothing good for anyone and, in fact, is harmful to our country," Kimmel tweeted. 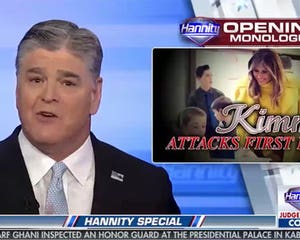 Of his own words which were interpreted as homophobic by many online, Kimmel further added, "By lampooning Sean Hannity's deference to the President, I most certainly did not intend to belittle or upset members of the gay community and to those who took offense, I apologize."

Even as he was apologizing and calling for an end to the "vitriol" -- which has grown to include attacks and death wishes for his wife and child -- Kimmel couldn't help slipping in a few not-so-veiled jabs at Hannity. "I am hopeful that Sean Hannity will learn from this too and continue his newly-found advocacy for women, immigrants and First Ladies and that he will triumph in his heroic battle against sexual harassment and perversion."

Hannity quickly responded to Kimmel's tweet, explaining he was busy at an event, but promising a "full and comprehensive" response on Monday's show.

Just had this pop up. I am at a tournament with my daughter. I'll have a full and comprehensive response tomorrow on Hannity. 9 EST FOX. pic.twitter.com/JLdZDa07BI

In case you're late joining this glorious Twitter beef, it was sparked after "Fox & Friends" called out the comedian for making a joke on Monday about Melania Trump's accent. Then Hannity jumped on the bandwagon, calling the joke "brutal" on his show, going as far as calling the ABC late-night host a "despicable disgrace" and an "ass clown" on the air. 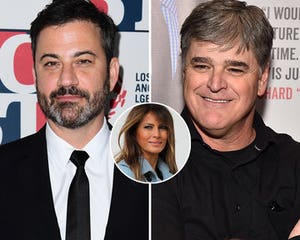 The war escalated dramatically on Twitter all day Friday as Hannity took to calling Kimmel "Harvey Weinstein Jr.," while reference a "Man Show" bit where Kimmel asked women to touch his crotch to identify what was in there. Kimmel defended it as a comedy bit when Hannity asked if he'd be comfortable with his daughter doing that. Kimmel countered by asking Hannity if he'd be comfortable with his daughter being "grabbed by the pussy," but Hannity said that was deflecting.

That night on his show, Hannity tore into Kimmel, rolling out a series of clips showing the "late night misogynist" during his time on Comedy Central's "The Man Show," including that clip with Kimmel asking women to feel his pants. Hannity continued his attack on Kimmel by calling him a "sick, twisted, creepy, perverted weirdo" and a "holier-than-thou hypocrite" and also showing another "Man Show" clip of the host in blackface. 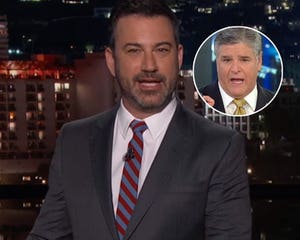 After that, the war moved back to Twitter with Kimmel intimating that Hannity has a crush on the President, and even describing their preferred lovemaking positions.

Don't worry - just keep tweeting - you'll get back on top! (or does Trump prefer you on bottom?) Either way, keep your chin up big fella..XO https://t.co/R4QJCoGYCL

This sparked a backlash against Kimmel from the gay community for resorting to immature and homophobic taunts in his Twitter war with Hannity. After a quiet day on Saturday, Kimmel laid down his latest tweet early Sunday. And as we await Hannity's response Monday night, it remains to be seen if this will mark the beginning of the end of their great Twitter war, or just the opening shots of another battle.