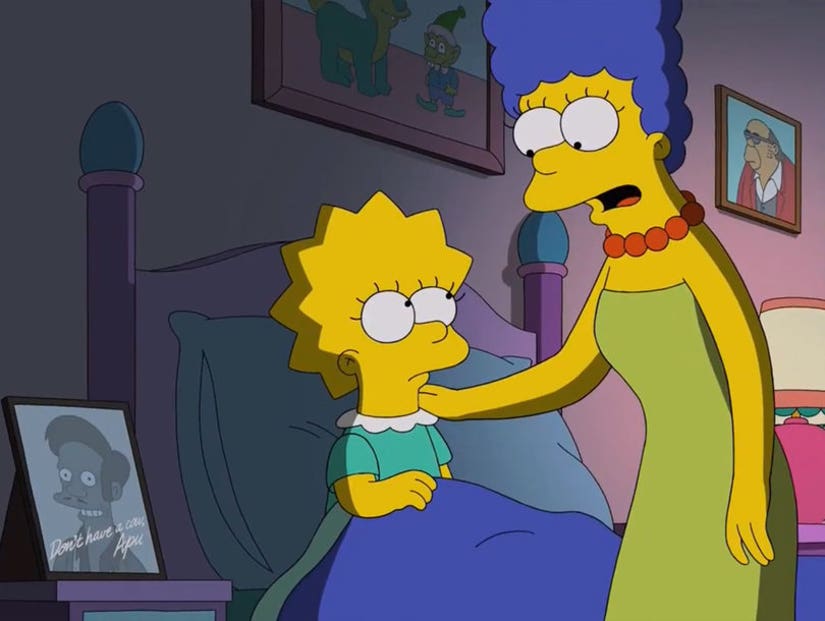 "The Simpsons" fans are divided over how the show addressed "The Problem With Apu" documentary on Sunday's episode.

Comedian Hari Kondabolu, who directed the film making the case that Springfield's resident Kwik-E-Mart owner and clerk has been a problematic stereotypical portrayal of an Indian man since the character was introduced decades ago, called the writers' approach "sad," while other fans argued the entire series is full of characters that play off of cultural stereotypes. 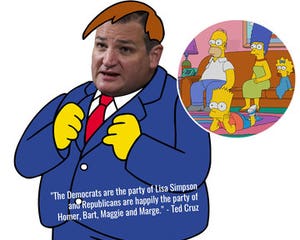 The moment in question arrived in the episode, "No Good Read Goes Unpunished," in which Marge edited Lisa's favorite (fictional) children's book "The Princess in the Garden" to be "as inoffensive as a Sunday in Cincinnati." As a result, Lisa thought the character lacked any kind of an "emotional journey" for any kind of satisfying arc, rendering the story pointless.

When Marge asked what she was supposed to do, Lisa broke the fourth wall and talked directly to the audience: "Something that started decades ago and was applauded and inoffensive is now politically incorrect. What can you do?" Then she looked to a picture of Apu next to her with the words "Don't have a cow" scribbled on it.

"Some things will be dealt with at a later date," Marge replied. And then Lisa added, "If at all."

That didn't please those who think there is a legitimate problem with Apu, a character criticized for being voiced by white actor Hank Azaria, as well as having exaggerated mannerisms and catchphrases that serve as a poor representation for people of South Asian descent. In "The Problem With Apu," actors including Kal Penn, Aasif Mandvi and Hasan Minhaj are among those speaking out against the character, and the filmmaker behind the documentary took to Twitter Sunday night to voice his displeasure with the episode.

Wow. “Politically Incorrect?” That's the takeaway from my movie & the discussion it sparked? Man, I really loved this show. This is sad. https://t.co/lYFH5LguEJ

In “The Problem with Apu,” I used Apu & The Simpsons as an entry point into a larger conversation about the representation of marginalized groups & why this is important. The Simpsons response tonight is not a jab at me, but at what many of us consider progress.

TO THE JOURNALISTS WHO HAVE ASKED ME FOR A PUBLIC STATEMENT ABOUT LAST NIGHT'S SIMPSONS EPISODE, I JUST WANT SAY: “Congratulations to the Simpsons for being talked about & being seen as relevant again.”

Dammit, #TheSimpsons. People were offended back then, they just didn't have a voice you cared to listen to. This answer of “meh” is not worthy of the intelligent, challenging writing that's taken the show so far. #TheProblemWithApu https://t.co/3HykdeI8M0

I'm watching "The Simpsons" since 2003-04
In many episodes they praised Apu. In fact, Apu is one of the central characters of the show. They always treated him with respect (with little comments on his Indian behavior)

But this time, they did wrong! The Simpsons was my fav show. pic.twitter.com/TEsSpWyMXs

And to have Lisa deliver the line... they are so unwilling to be in the wrong that they used the character who is least likely to say something like that.

I think the fact that they put this "argument" in the mouth of Lisa's character, the character who usually champions the underdogs and is supposed to be the most thoughtful and liberal, is what makes this the most ridiculous (as in worthy of ridicule) and toothless response.

On the other hand, some people thought that Lisa delivering the line was a good decision and praised the way that the show addressed the controversy.

Lisa looking at the camera to give a direct message to Politically Correct people as the camera pans out to Apu is one of the best moments of my year so far. #TheSimpsons

outrage over @TheSimpsons is crap. Apu is probably as old or older than most people bitching about the character. So we get rid of a staple character for what? I guess we should lose all the stereotypes- groundskeeper Willy, Luigi Risotto, and Cletus? Where's the outrage for them

Loved how you guys handled this non-issue. People just want to cry about everything nowadays b/c it makes them feel like they're doing something.

Oh and I'm Indian and according to Twitter my opinion matters more on this topic, 😂.#ILoveApu #DontHaveACowMan

Executive Producer Al Jean predicted the Twitter debate before the episode even started and defended the show.

Respectfully Hank won an emmy for voicing the character in 1998. Only 20 years ago.

"The Simpsons," TV's longest-running comedy ever, is currently in its 29th season and airs Sunday nights on Fox. 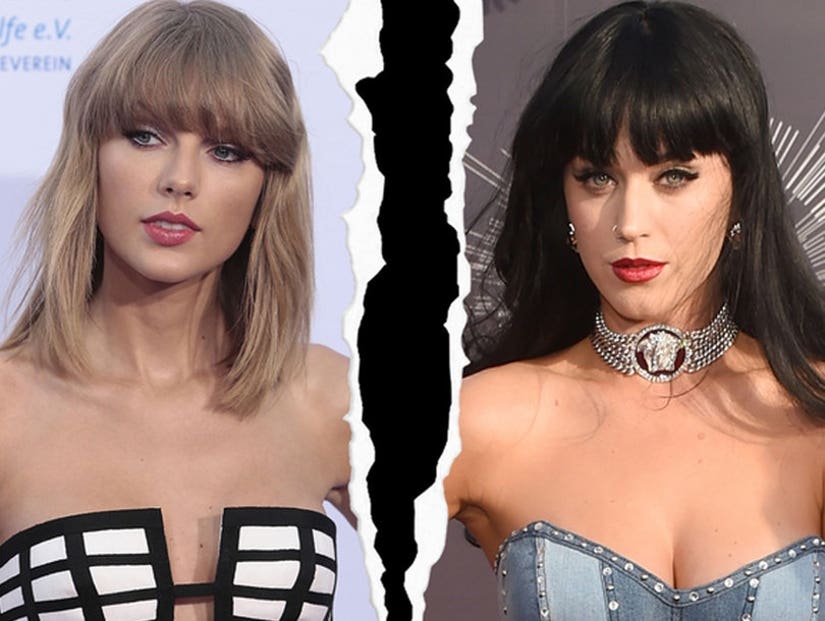