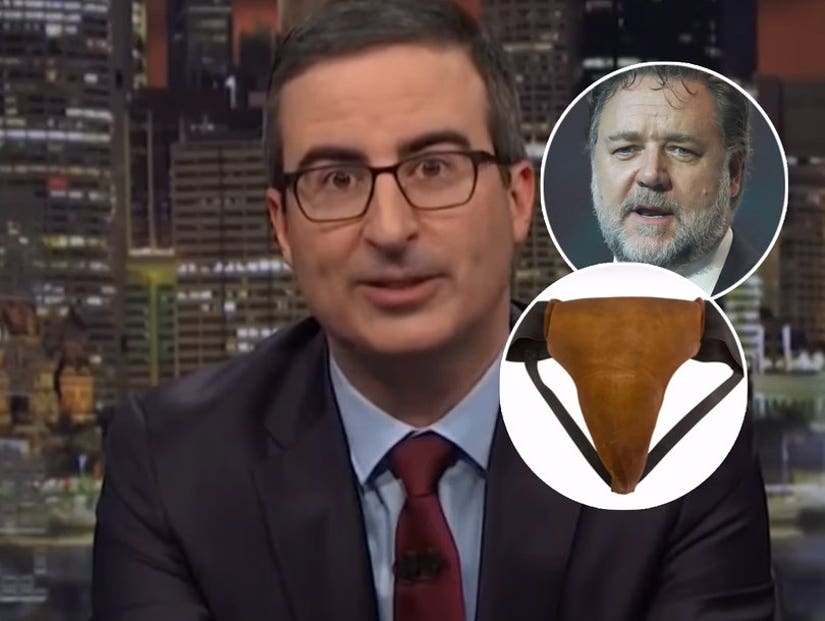 John Oliver is the proud owner of Russell Crowe's leather jockstrap from "Cinderella Man." Until one of the last remaining Blockbuster Video stores in Alaska claims it.

The comedian dropped $7,000 on the odd piece of celebrity memorabilia, and offered it to a store in Anchorage on his HBO show Sunday night during a segment highlighting the surprising fact that, yes, a few Blockbusters are still standing. 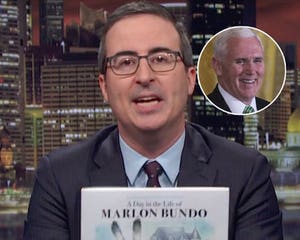 "Despite the fact that Blockbuster filed for bankruptcy in 2010, there are apparently four independently owned franchises still operating in the United States, three of which are in Alaska," he said. "Internet coverage is sparse up there and without unlimited data, streaming can be expensive."

"If only there were a fun, movie-themed way for them to draw people in," he added before referencing Planet Hollywood's strategy of marveling customers with Hollywood memorabilia. "The problem is there is no way for a Blockbuster in Alaska to get memorabilia like that. Or is there?"

Enter Crowe's "Art of Divorce" auction, which was held in celebration of his split from his ex-wife finally becoming official earlier this month.

"It was 4 a.m. over here. And you know what happens when you start online shopping late at night you wake up the next day and think, 'Oh shit, what did I buy?' Well, this was very much one of those times," Oliver said. "Because we didn't just get a jockstrap, we got a bunch of pointless Russell Crowe memorabilia and I can think of no more fitting place for them to reside than an Alaskan Blockbuster."

The "Last Week Tonight" team also bought the recently divorced actor's vest from "Les Miserables," his hood from "Robinhood," his on-set chair from "American Gangster" (as well as Denzel Washington's, which cost more), plus a satin robe and gym shorts from "Cinderella Man."

"To be honest I've never seen 'Cinderella Man' despite owning thousands of dollars worth or props from it," Oliver said. "And to be honest I'm never going to see it. It is $13 on Amazon. Why would I pay $13 to own the movie 'Cinderella Man?' That's an unforgivable waste of money."

Blockbuster has 48 hours to claim it from Oliver's sound stage, if not, the comedian said he'd offer it to "a transportation museum in Scranton, Pennsylvania."