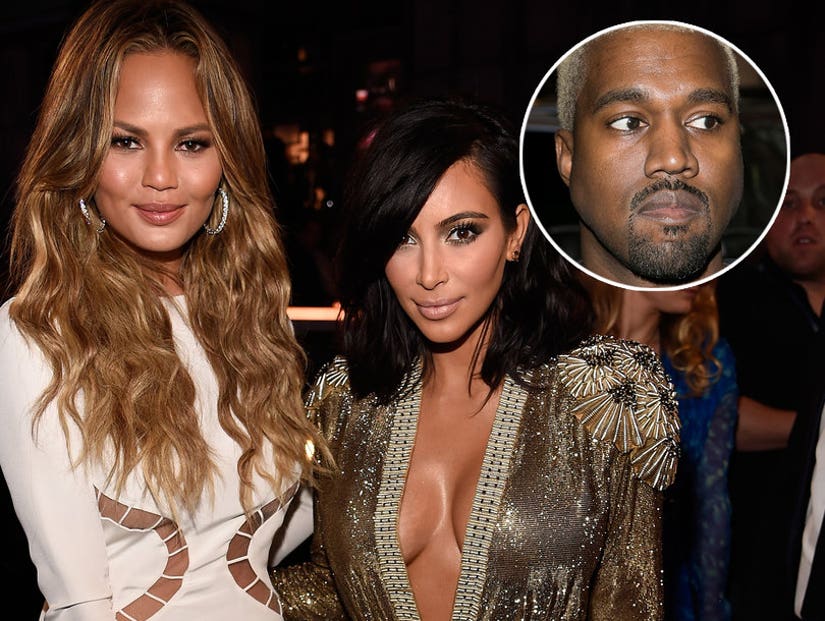 Chrissy Teigen is rushing to the aid of Kim Kardashian in the event that her husband's latest tweet proves to be true.

After reactivating his Twitter account over the weekend, Kanye West has posted a slew of tweets ranging from sentimental messages to former brother-in-law Lamar Odom, to "neck tat" designs reading "Saint West" -- but on Tuesday, the rapper-designer shared a philosophical message that actually baited the only person he follows -- Kim. 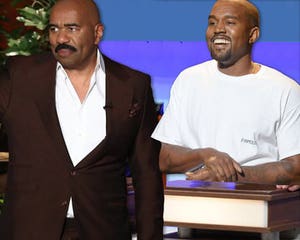 "As a creative, your ideas are your strongest form of currency," he wrote. "You have to protect your ability to create at all cost. Try to avoid any contractual situation where you are held back from your ideas. Distraction is the enemy of vision. Sometimes you have to get rid of everything."

Sometimes you have to get rid of everything

"Wait...EVERYTHING?!?!?!" Kim jokingly replied to her husband's last tweet. Not long after she posted her response, Chrissy replied to Kim, letting her know she had "an air mattress" she's been "itching to bust" out.

"Might need some more for the kids?" Kim replied. "Just not clear on what everything really means. I need clarity. Thanks for being such a good friend. Maybe John can call and inquire? But maybe he means friends, too? This is confusing."

"You're right. We are all screwed," Chrissy quipped back. "I still have the bouncy house from Saturday!! It's a bed and a house in one." 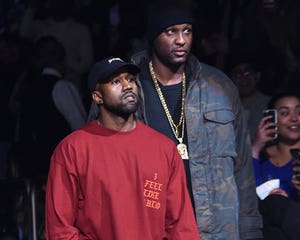 Over the weekend, Chrissy and husband John Legend celebrated daughter Luna's second birthday, which would explain why they have a bounce house at their home.

The Twitter exchange between the reality star and model was a cheeky one, but in the event that didn't translate to all her fans and followers, Kim shared a message "for anyone who has absolutely no humor in their soul." 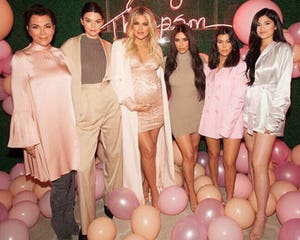 "Please know my tweets are a joke and I will die laughing if I see blogs and media really think I am being serious," she tweeted. "So don't even try it."

For anyone who has absolutely no humor in their soul please know my tweets are a joke and I will die laughing if I see blogs and media really think I am being serious. So don't even try it. 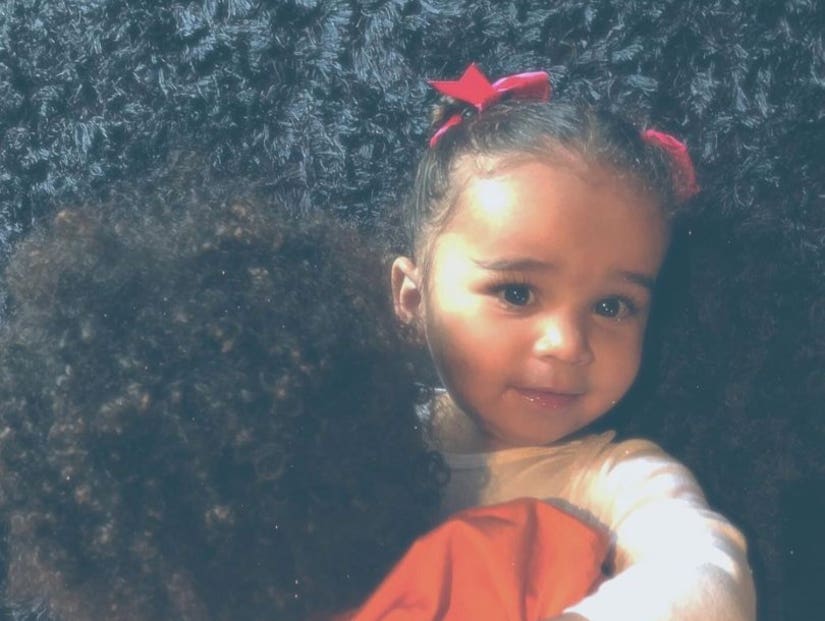