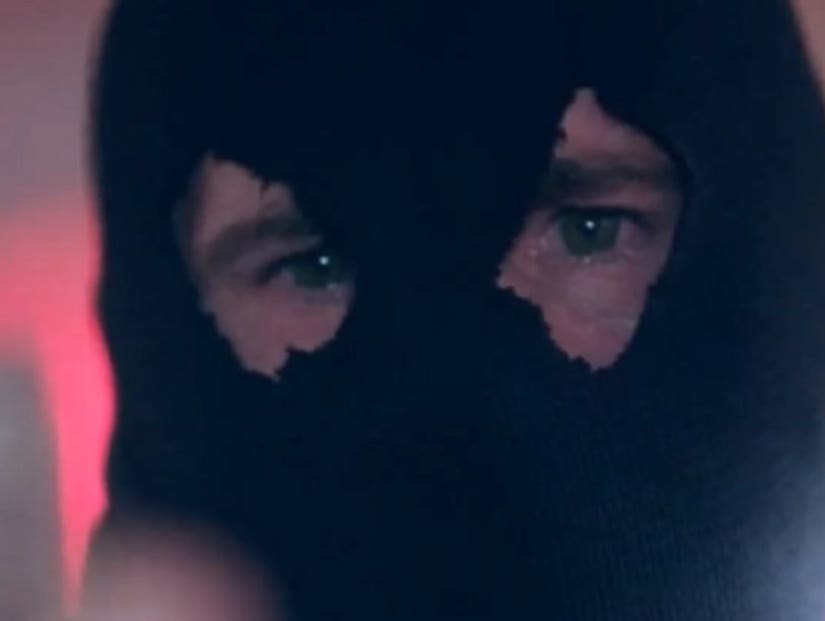 The biggest mystery of "Riverdale" Season 2 was finally laid to rest tonight. No, not who made those fierce funeral uniforms for the River Vixens, but who's been swiftly killing sinners all over town.

While school janitor Mr. Svenson was fingered as the Black Hood back in December, that reveal didn't sit well with fans, who criticized the series for putting the murders on someone who was barely on the show. It quickly became clear, however, that the maniac's reign of terror in town was far from over and another culprit would eventually be revealed as the actual masked madman. 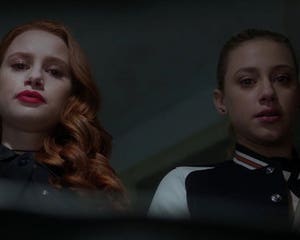 After a few red herrings through the second half of the season, including the increasingly sinister Chic, the truth came out on Wednesday night and it was someone a lot of viewers saw coming a mile away. Yep, anyone who pegged Hal Cooper as the Black Hood in their office pool came out victorious, after Betty's father copped to almost every murder and assassination attempt we've seen.

The episode kicked off with Cheryl Blossom (Madelaine Petsch) fighting off the killer by hitting him in the chest with an arrow. After he retreated, she relayed the intel to Betty (Lili Reinhart), who then found blood all over her home before learning her dad was in the hospital. Yeah, that wasn't about to add up to anything good. The Hood also managed to claim one more victim, his doctor, before his spree came to an end back at the Cooper home, where Hal blabbed his whole backstory to both his wife and daughter.

Apparently, Betty comes from a long line of killers. First, her great grandpappy Louis killed Great Grandpappy Blossom, before changing his last name to Cooper for a fresh start. The legacy continued when Hal's father killed the one person who knew the truth about their family secret, Mr. Conway, along with his wife and two of his three children. The one survivor: Joseph Conway, who changed his name to Joseph Svenson. 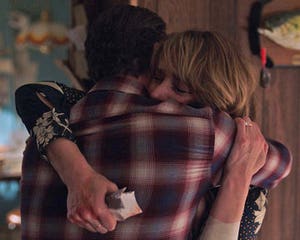 Hal's mom then made sure he continued his father's "very noble" mission to punish all "sinners" in town, making him promise to "do better" and also convince Joseph to lie about who killed his family. Betty's speech at the end of Season 1 about how the people of Riverdale all need to "do better" brought all those back memories back for Hal, setting him off on his latest spree.

"I have a darkness Alice, the same darkness my father had, the same darkness his father had and now it lives in Betty, our daughter," Hal said to his wife, before confirming he shot Fred Andrews and offed Miss Grundy, the Sugarman, Doctor Masters and Midge. One thing he wouldn't cop to: opening fire on the debate, which we kinda knew since we saw him dodging bullets alongside everyone else. Who else thinks Hiram was behind that copycat shooting?

Alice (Madchen Amick) didn't cower in fear with this revelation about her husband, though, and instead criticized Hal for being a "mama's boy" that couldn't even get serial killing right. She called out the hypocrisy in his ways, bringing attention to his fling with Penelope Blossom and her own dalliance with FP, "who in every way that you're not is a real man." Burn! As Alice took him to task, Betty grabbed a fireplace shovel and knocked him out cold.

He was last seen being taken into custody by Sheriff Keller, who isn't the Sheriff right now but can apparently still arrest people for some reason. 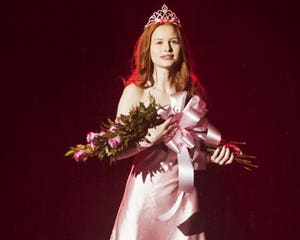 So, was this a satisfying conclusion for you all at home?

Considering Betty pegged him as a suspect two episodes ago, we kind of thought there'd be one more big twist -- like the killer being Hal's evil twin or something -- before learning his identity. It's also pretty surprising that the show didn't wait until the finale for this reveal, but there are a few more things going on in town that seem prime to take over the last episode of the season.

For one, Jughead (Cole Sprouse) got the crap beat out of him, his tattoo was sliced off his arm and then was left for dead after turning himself over to the Ghoulies and Penny Peabody in an attempt to save the Serpents. The Southside bad guys were working for Hiram (Mark Consuelos), who's out to end the Serpents once and for all. With Juggie clinging on for dear life and Fangs apparently dead (was FP telling the truth there?), there's no way this will end peacefully. Expect all out war between the two Southside factions to dominate the season finale.

Something else we could easily see coming: Hiram getting backstabbed by his own wife. Veronica (Camila Mendes) uncovered her parents' plan to destroy Fred Andrews' "family values" image by leaking photos of him making out with Hermione to the press. While Hermione (Marisol Nichols) was in on the plan, V wasn't having it. "What kind of man would do this to his own wife? That's what you are to him, a means to an end," she said. Ronnie then told her father she refused to be "collateral damage" for him and it looked like her mom took the message to heart. Hiram better watch out, because even his own family is against him now!

Quotes of the night: 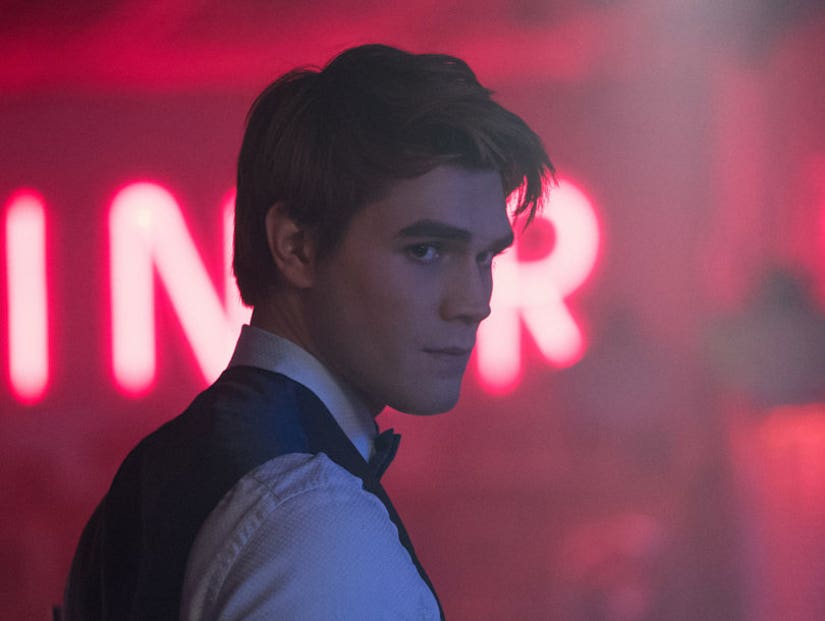