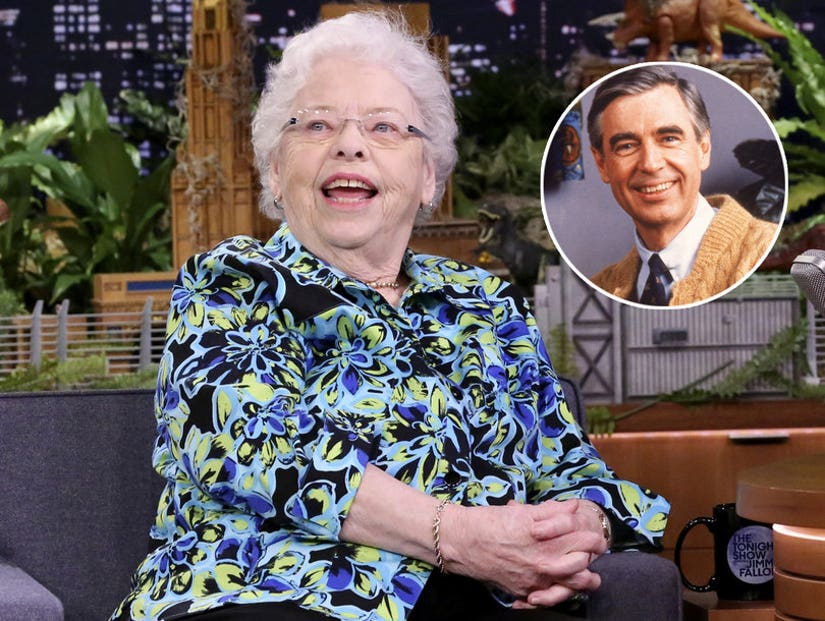 In many ways, Mr. Rogers was one of a kind, but as we learned Tuesday night when Mrs. Rogers visited "The Tonight Show," he was also part of a matching set.

Every bit as sweet and charming as her late husband, Mrs. Joanne Rogers told Jimmy Fallon, "At age 90 I would not have come from Pittsburgh to here for anybody besides you. It's just wonderful to be here. I adore you." 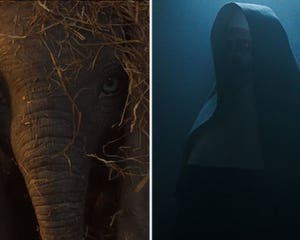 The feeling was mutual as Fallon practically fawned over Mrs. Rogers, and his fond memories of the work that her husband did for more than 30 years with his now-legendary program, "Mr. Rogers Neighborhood." His reaction, though, was as much a product of joyful nostalgia as it was from having seen the new documentary about Rogers' life, "Won't You Be My Neighbor."

The new film, which hits select theaters on Friday, has been met with almost unanimous acclaim, currently enjoying a 99 percent freshness rating on Rotten Tomatoes. It's one of the most highly anticipated documentaries in recent memory simply because of the connection that Mr. Rogers has had with generations of fans.

But as much as he welcomed us into his home every day for so many years and showed us his genuine decency and kindness, there was still a lot about him that so many of us didn't know.

We've compiled six things we learned about Mr. Rogers from Mrs. Rogers below, and look forward to learning even more on Friday. 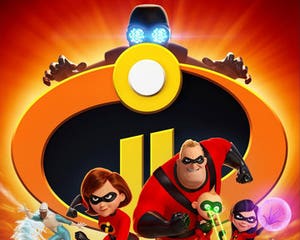 Right away when they met at Rollins College in Florida, Mrs. Rogers said that there was something different about Fred Rogers. "In his young days, he was lively and full of fun," she noted. "But he talked about his feelings, and I could talk about my feelings to him and the things that bothered us, the things that we loved."

That wasn't all that common for men in those days, but Mr. Rogers always wore his compassion on his sleeve, and Mrs. Rogers believes it was a key in their long relationship together. "You can't build a friendship without doing that," she said of their emotional bond. "And don't you have to have a friendship to fall back on in your married life? We had it for 50 years. That was nice."

More than just a neighbor, Mr. Rogers was actually an evangelist, only not the kind that most people think of when associating with that word. "He had always belonged to the Presbyterian Church, and they can be kind of stodgy sometimes," Mrs. Rogers admitted. "But he was ordained as an evangelist to carry on the work that he was doing in television with families and children."

He did it with a pureness and a love that was something quite different from most other children's programming of the era. But that was very intentional on the part of Mr. Rogers. 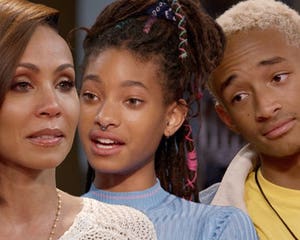 Mrs. Rogers talked about how Mr. Rogers got his start in television via a local affiliate station in Pittsburgh, working with NBC to learn the business. But when he was ready to take "Mr. Rogers Neighborhood" to the next level, he chose public television for one very important reason.

"He knew he wanted to work with children and he didn't want children to grow up to be consumers, to be thought of as consumers," Mrs. Rogers explained. Most network programming at that time, for children and adults alike, was about sponsorship and advertising -- actually not much has changed.

Mr. Rogers had a purer vision of what his show should be, and it should never be about trying to sell something to a child or their parents. It should be about the message of the program and the positive growth and development of each viewer as individuals.

As part of that mission, Mr. Rogers was never one to shy away from some very serious topics, including death, divorce, assassination and even racism. Fallon shared an image of Mr. Rogers with the neighborhood policeman, both of them dipping their feet into a kiddie pool to cool down.

By today's standard, the image was pretty benign, but it's important to note the officer was black. "At that time in history, white people didn't want African Americans in their swimming pools," Mrs. Rogers reminded us, looking at the image. "And so they were pouring acid and all kinds of bad things in to keep them out. Fred knew about that. This was having to do with that."

He even made it a point to invite the officer to not only share his pool, but also his towel. "It's a very basic Christian [thing to do] as well," Mrs. Rogers said. 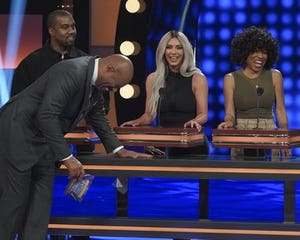 One of the more unusual quirks of Mr. Rogers was his apparent obsession with maintaining his slight frame and size at a very specific weight. "He really wanted to remain at 143 [pounds] all of his life -- all of his adult life, I should say," Mrs. Rogers explained.

"Especially after he started swimming; he swam every day," she noted. "He was very pleased when he would get out of swimming, go and get on the scale: 143. One was I, 4 was L-O-V-E, 3 was Y-O-U. He had enough love to go around."

"Was that his little wink to you?" Fallon asked.

Jimmy Fallon couldn't resist sharing a story of his own about a time that "Mr. Rogers Neighborhood" and all of PBS was on the verge of a massive $20 million budget cut from the federal government. The network brought out a slew of executives and personalities from their various programs to lobby for PBS funding, but nothing was working.

"One more person would like to talk to you, and that's Fred Rogers," Fallon said of the Congressional hearing. "He talked to him. He said, I sing a song on my show that says you should be proud to be who you are and you are who you are and you saw this mean face turn from mean to kind of like happy, and he goes, you just got yourself $20 million." 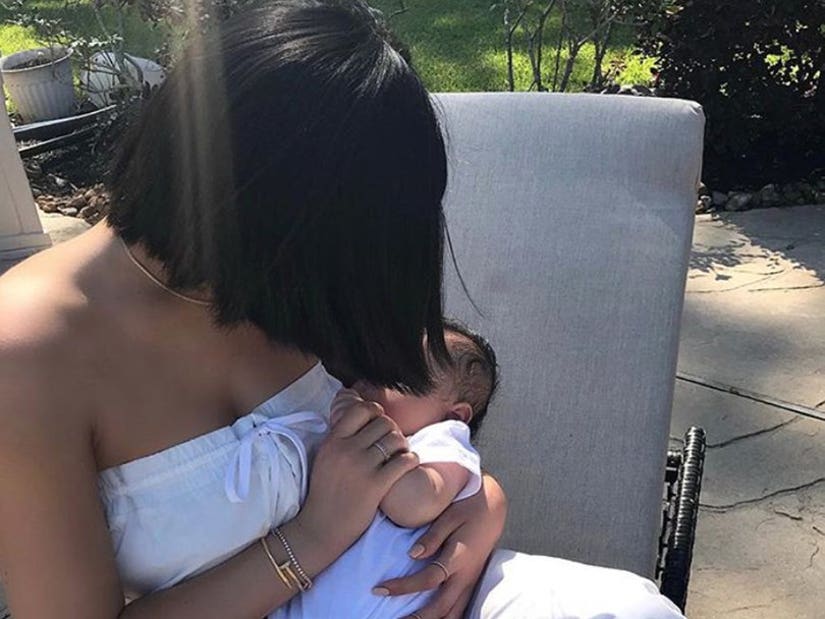