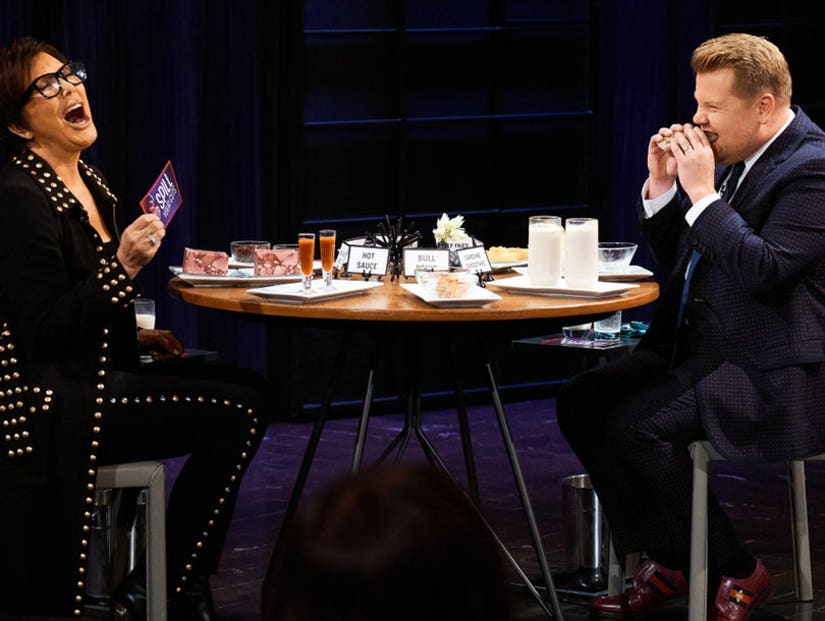 Kris Jenner stopped by "The Late Late Show" Wednesday night, where both she and host James Corden spilled their guts.

During the gruesome game, the comedian and the Kardashian matriarch took turns asking each other very personal questions. If they chose to plead the fifth on any question, they had no choice but to consume one of the eight vile items sitting on the table in front of them, which included crickets, a block of blood-head cheese, a shot of hot sauce, a bull's penis, a sardine smoothie, a cow's tongue, deep-fried butter and a 1000-year-old egg. 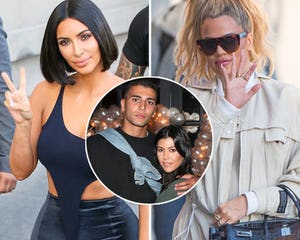 Kris was up first and put James in the hot seat, asking, "Why haven't you done a 'Carpool Karaoke' with Kanye yet?"

"Oh, I can answer this easily!" James responded. "This is a great question for me. We've tried! He's canceled twice, maybe even three times. He canceled once as I was turning the corner to his house. I was in the car, and by the time the call finished, I was sat outside his house, and they were like, 'He's not in the zone for it right now. We'll do it another time.'"

Kris had no words. James then put her in the hot seat, asking, "Kris, you're the executive producer of 'Keeping Up with the Kardashians.' If you had to cut one of your daughters from the show, who would it be and why?"

"Really?" Kris said as she looked at the audience, which was losing its collective mind over the question. Kris refused to answer and reluctantly picked up the sardine smoothie James put in front of her. 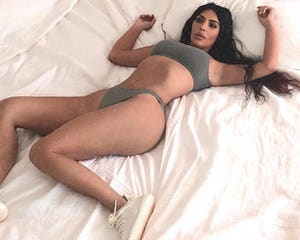 Kris let out an F-bomb and gave James the middle finger as she frantically chased the smoothie with a big glass of water. "You could've said anyone!" James shouted.

"I couldn't turn on one of my girls!" she replied. "Those are my babies!"

"They would've understood," James insisted, to which Kris replied, "Trust me, they wouldn't have understood."

Kris then asked the comedian how much money he got paid to voice Peter Rabbit in the fantasy-adventure flick that dropped in February of this year. Without blinking an eye, James took a big ol' bite out of one of the cow tongues, then immediately spit it out into a bucket. 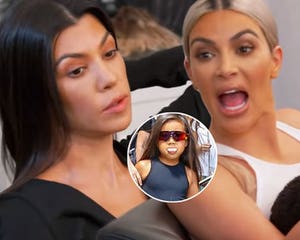 It was James' turn again, so he asked, "Kris, you've been spotted wearing a massive diamond ring on your wedding finger. Are you and Corey Gamble engaged?" Kris chuckled and said no.

"No, your're not gonna answer?" James asked. "No, I'm not gonna answer," she replied as she picked up a cricket from the bowl in front of her. Cameras panned over to Corey, who was sitting in the audience laughing.

"This isn't the ring," Kris insisted, to which James replied, "But there is a ring!"

Kris let out a belly laugh and ate the cricket.

Later on, the two discussed the brutal fight that went down between Kim and Kourtney Kardashian over last year's family holiday shoot on the Season 15 premiere of "KUWTK."

"They were playing dirty," Kris said. "They were really fighting dirty that day. And the next day, we came here to shoot your show, and Kim was on the couch with you, and she was so upset. And you said, 'Hi, how are you, Kim?' And she said, 'I'm so upset with my sister!' And I'm like, 'Really? We're still doing this?' And you're listening like, 'What the f--k is going on?'"

Kris said Kim's meltdown in front of James will actually air on Sunday's episode of their reality show, which the comedian was stoked to hear. She also revealed she wasn't on either of her daughters' sides regarding the fight because her job is always to try and keep the peace. 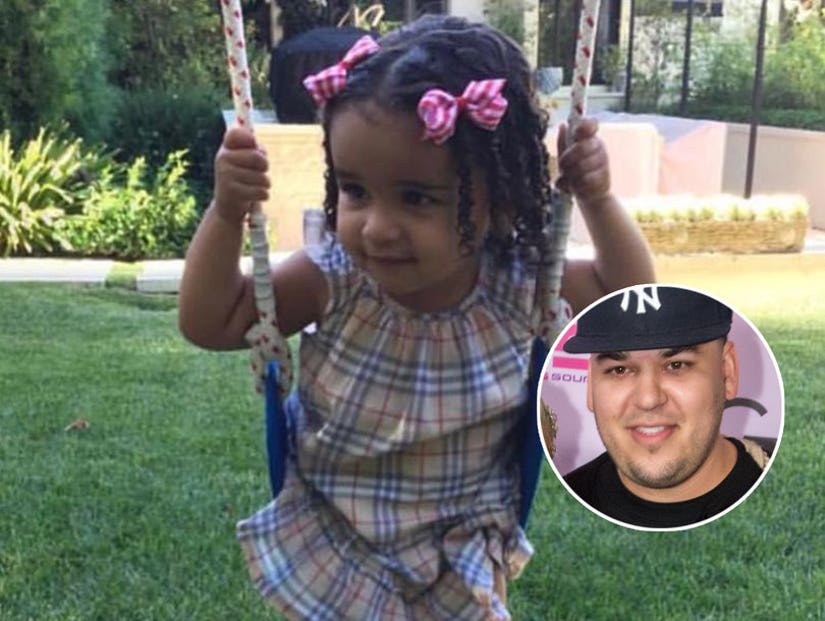