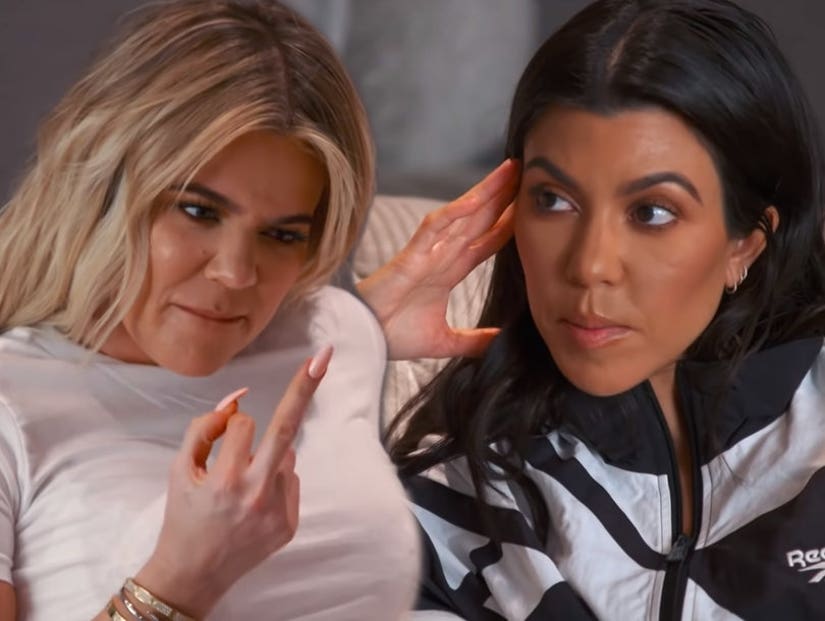 Khloe Kardashian is so over Kourtney's attitude.

In a new preview clip for this Sunday's episode of "Keeping Up With The Kardashians," Kim, Khloe, and Kourtney get together to hash out their differences after their explosive fight over the Kar-Jenner family Christmas card as shown in the season premiere. The episode set up a divide between the sisters, making Kourtney the odd one out. But in the teaser for this Sunday's installment things reach an even higher pitch of conflict. 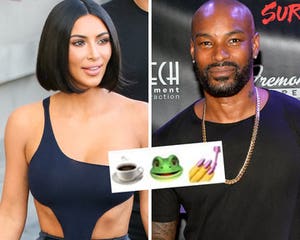 The sisters get together in an attempt to mend things after last week's blowout. However, things only get worse once they actually sit down for a chat.

"We all have different realities of what goes on when we have our fight," Kim begins in the clip. "We all communicate really weird and we just don't ever express what's really bothering us and we all walk on eggshells around each other."

Kim suggests that the sisters should all attend therapy together because they need a to "communicate with a mediator."

Kourtney replies that she doesn't think that the sisters "walk on eggshells" around each other and doesn't understand why they need to attend therapy, as her younger siblings always made fun of her in the past for seeing a therapist.

"You guys make fun of me for going," Kourtney says.

Kourtney explains that she doesn't hate her sisters, "I don't hate you and my therapist just said this will start to happen. People that you're close to you'll probably like have some arguments with them."

The mom of three adds that she doesn't think they "need" to go to therapy to "solve our problems" and they should just "talk" it out. However, Khloe says that it's actually Kourtney in particular that has the problem communicating with her siblings.

"You're the one I think that has the communication issue," Khloe explains.

"Just me?" Kourtney asks with a sarcastic smile. It looks like she didn't take Khloe's comments lightly and Kourtney begins to play on her phone and ignore her other two sisters in the room.

"We always just like sweep things under the rug and we don't talk anything through," Khloe says. "That's just what this family does."

Kourtney continues to ignore her and Khloe flips her off in response.

"In therapy are you on your phone?" Khloe snaps. "Or do you give your therapist attention?"

"So if you don't care to fix relationships with your sisters I can't force you to," she adds. 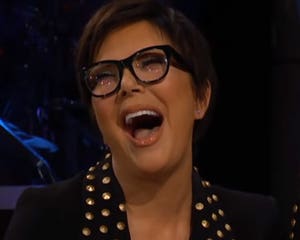 Khloe tells her sister that if she doesn't care about hashing out her issues with her sisters that she can't "force" her to.

Later the reality star expresses her frustration with Kourtney's behavior in a confessional.

"I'm trying to talk it out with her, but instead of actually talking it out she's editing a photo on her phone and with this ridiculous smile on her face," she says. "I want to f--king punch that smile off her f--king face."

A fed up Khloe then tells Kourtney that she's not going to invest herself anymore and that Kourtney can go "f--k off then."

It seems that this pow-wow to fix their problems might have just created more.