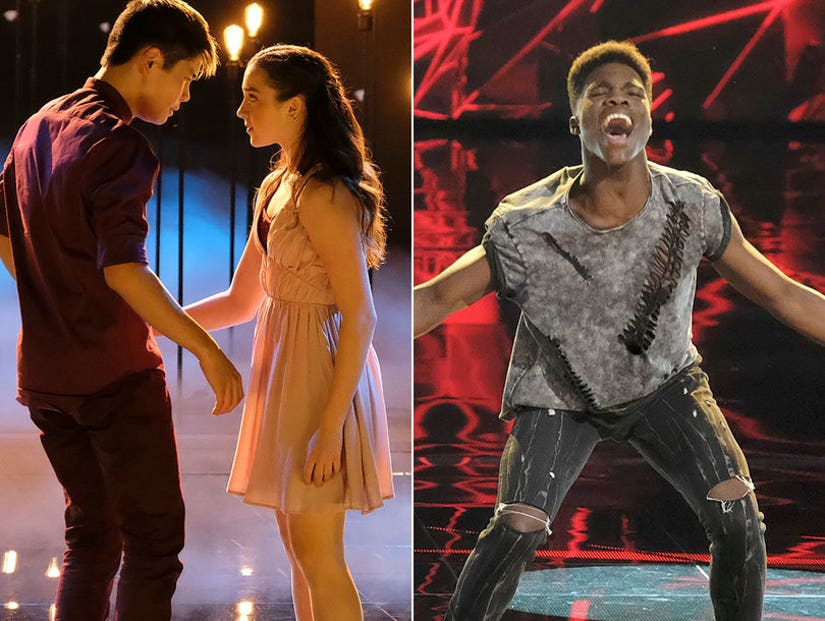 The final round of The Cut on "World of Dance" showcased the Upper Team and Junior divisions and set the stage for an epic semi-finals next week.

Already, the talent roster on this season of the competition is just brutal from top to bottom. Last season's runner up, Eva Igo, didn't even make it past the previous round, and tonight the duo that knocked her out have to fight in a round where only three of eight advance in each division. 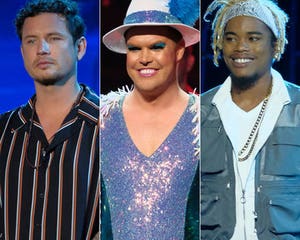 This week brought along two new guest mentors to help get the acts as ready as possible to wow the judges in this critical round. Ne-Yo invited "America's Got Talent" judge, and resident Spice Girl, Mel B, while Jenna Dewan was joined by dance and pop icon, plus former "American Idol" judge, Paula Abdul.

Abdul proved an incredible mentor, stepping in to help with choreography and pushing the acts to keep it clean and really showcase the best of what they have. Mel B got to the heart of the stories with the Junior division. And with one contestant in particular, she and Ne-Yo helped him start to find and embrace his inner confidence and greatness. It was genuinely emotional to watch his growth. 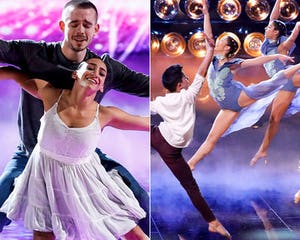 'World of Dance' 5th Judge: A Story of Addiction and Loss Moves the Judges to Tears

Coming out first is always intimidating, but these guys came to compete. I loved the visual formations they brought, as well as some of the Bollywood moves representing their culture. I already feel bad for their knees, but truly they incorporate the traditional Indian world with modern hip-hop in a way that is so fresh and unique, they are instantly one of the most memorable things you've ever seen. I would have liked it a little cleaner and more concise at times, but their energy was palpable.

Paula Abdul got on them about cleanliness, and while it looked better in the final performance, it was still an issue. This is a large group with a lot of moving parts, but that just means that a late arm or a leg off-level stands out even more. The cameras kept moving a lot, so it might have been missed more at home, but the judges were seeing it. I enjoyed the vision of the piece, but it lacked any real punch for a competition of this caliber.

Short-changed in the edit, what I saw looked very busy at times. There were some very cool elements, but the high-energy approach made it almost wall-to-wall movement and it was overwhelming at times. Rather than look like fun dance throughout, there were times when it almost looked like an unchoreographed mob.

These guys were strong, representative of their New Zealand culture, and easily the cleanest group we've seen yet on the night. Their formations were very tight, and their movements so precise, it was really fun to watch. They could have pushed themselves a little more in the choreography to really stand out with a-ha moments to really have a chance to stand out in such a crowded field. 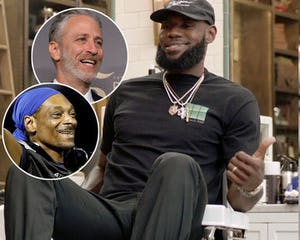 LeBron James, Jon Stewart and More Talk Quitting, the N-Word and Black Influence on 'The Shop'

Now that's how you get noticed in a competition. This group gave us the best opening moments we've yet see in this competition, with swagger mixed with impressive technique and precision movements. Their synch was off the charts throughout this performance. On top of that, we got some great visuals, some light-hearted cheeky moments and a ton of personality, wrapped in such a clean and impactful performance it really stands out among its competiors.

While it was clearly intended to be very funny, there was also something stunningly beautiful about this routine. These guys kept their tongues firmly planted in their cheeks, but everything else was pure blissful movement as they brought the optimistic joy of Vanessa Carlton's "A Thousand Miles" to life beautifully. I loved the breakdown moments, and these guys created storytelling visuals that would put anyone to shame. Flowers and hearts, it was animation with body in a way I could watch for hours. Damn that was good!

There was a musicality to this piece that most b-boy crews miss, which is why it's easy to understand why this group won "America's Best Dance Crew." By slowing it down and letting those visuals sit, they're not only displaying incredible core strength and body control, they're really showcasing the precision that goes into all those wild b-boy tricks. This is like a masterclass in one of hip-hop's oldest styles. And that rippling sequence of moves was to die for, for real!

Another crew that came to fight, S-Rank created some really cool visuals throughout that routine. The rewind segment was absolutely sick, as they so cleverly used their whole line to accent what the soloist was doing. I loved that they shared the spotlight with several members of the crew. Not as effective was the story, which seemed to get lost along the way. Nevertheless, this is a visually exciting crew with great musicality and fun creativity. 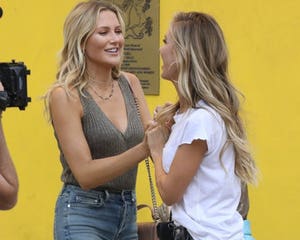 There was a sweetness and innocence to the routine that felt right for this young duo. They are very clean and creative visually, but I also think this was their weakest performance yet. There was nothing bad about it, but it almost felt like they were letting the light-up squares do more of the work for the routine, when it should be them and their talents and creativity. This was one of my favorite acts, but I don't think they did enough to stand out here.

This little flamenco dancer was a firecracker in earlier rounds, but this performance was just really lacking for me. Maybe she needed to infuse some other styles to showcase more of her overall talent, but in a crowded field with only three acts advancing, while it was good for what she does, it wasn't good enough for this stage at this stage of the competition.

I love the way they utilized the whole stage, and their fusion of hip-hop mentality with ballroom style created something truly special. Their choreography and technique is so tight, you get pulled right into the beautiful visual pictures they're creating throughout. This was very smart choreography to showcase some great partnering work, but I found myself drawn to their flicks and arms and tandem movement when they were side by side as much. Fantastic job!

This was a powerful piece about the unequal beauty and unequal opportunity that exists in America for marginalized people. Madison did a great job of bringing the frustration of growing up as a person of color in this nation of plenty and hatred and all of the oxymorons that make it great and awful at the same time. Her technique is always impeccable, though she relies a little too heavily on the leg lift and her extensions when she's much stronger in her movements and expression. 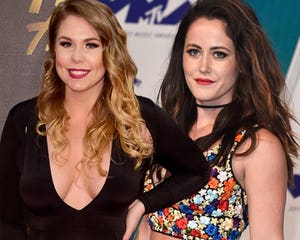 Always blowing the judges away with their choreogrpahy, the pressure was definitely on for this powerhouse pair. Once again, Sean proves he is an amazing visual storyteller through dance with another amazingly choreographed piece. They danced together beautifully together, even when they weren't touching. And Kaycee is one of the strongest and cleanest dancers in this competition. Easily one of the most watchable groups in the entire performance, these guys have the tools to really do something impressive on this show, and in their careers.

This was a routine that felt like it was finally just getting started when it ended. Their ballet technique was there, but trying to amp it up to fit with Imagine Dragon's "Thunder" didn't really work overall. The lifts were rather pedestrian, and Marcus' flips and stunts only exemplified that Avery didn't have comparable feats. That's something that could be fixed in choreography, but this didn't really come together as a great showcase for their talent or style.

Holy criminy jiminy what the-- There are virtually no words for what this pair is capable of. Charity is an admitted perfectionist, but damn is she an amazing dancer for all of her discipline and hard work. No knock on Andres, who is stunning as well, but Charity was spotlighted throughout this piece and she did some amazing things. The lift work was so intricate, so clean, so powerful. It was absolutely stunning from the first note until the last walk-off moment.

Eva Igo won this show last year because she brought a ferocity to contemporary that set it apart from the field. Jaxon just infused it with swagger and attitude and his own fierceness, and it was every bit as effective. Here's this unassuming shy kid, and he came out like a lion. It was a beautiful thing to watch, he exuded such confidence and commanded every moment of that stunningly choreographed showcase of his own growing confidence and greatness. 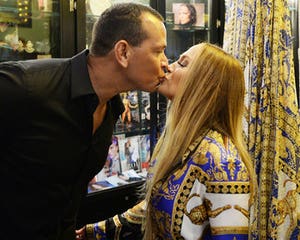 We expected greatness from Poreotics and S-Rank, and both groups delivered, but The Ruggeds came out of nowhere to take the top score and demand to be recognized. The big thing for them is going to be proving that it wasn't a fluke, as their competitors are absolute beasts.

On the junior side, Jaxon Willard is finally starting to emerge from his shell as a force to be reckoned with. But he's got his work cut out for him with the beautiful storytelling, grace and technique represented by both Sean & Kaycee and Charity & Andres.

Honestly, the winner of the whole competition could easily be any of these six acts, and that's only half of the ones remaining. It's going to be a good run-up to the end. 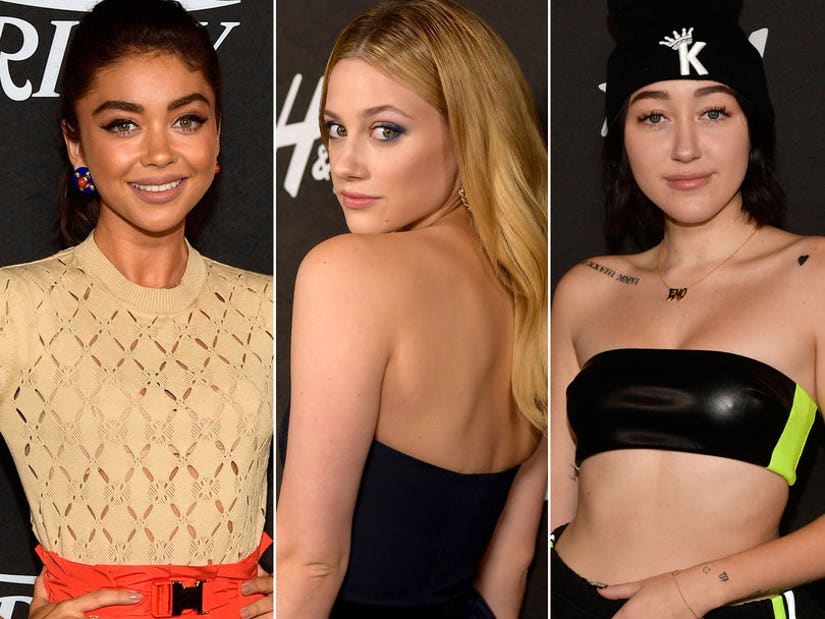