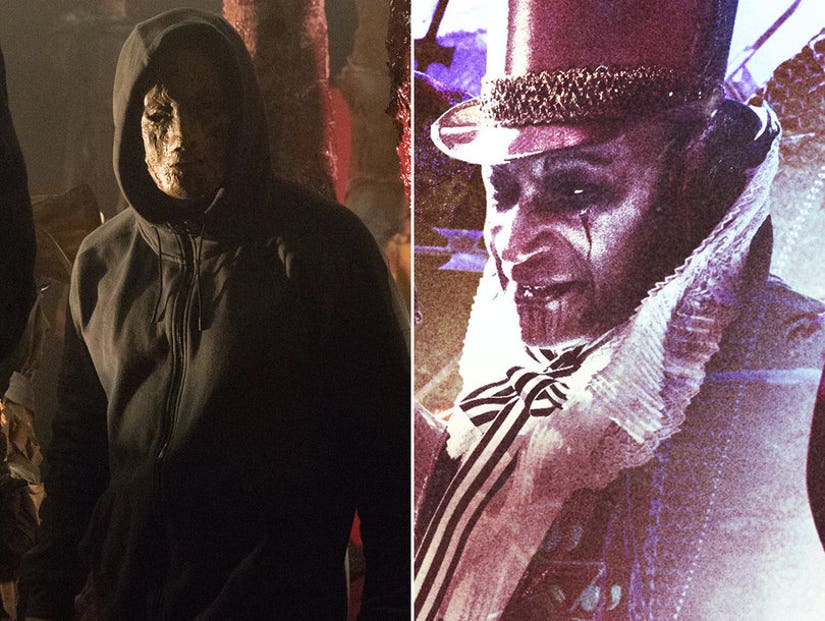 The cast and crew of "Hell Fest" reveal how they brought the horror theme park -- and it's creepy killer -- to life.

First: You need a killer concept. Then, a masked maniac who'll really make an impression. And, last but not least, a group of people to be picked off one by one in increasingly brutal ways.

With this weekend's "Hell Fest," director Gregory Plotkin (editor of "Get Out") and producer Gale Anne Hurd ("The Walking Dead") hopefully got that mix just right as a serial killer stalks a group of young adults through a horror theme park. 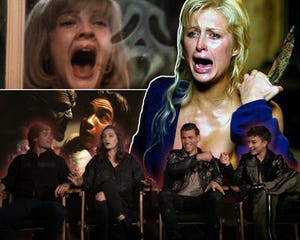 "In order to be scared, you have to be scared along with the characters. If you're not engaged with the characters or you're just laughing at them, you're not gonna go on the ride we wanted you to go on," Hurd told TooFab at a press night for the film. "That was our goal, to create a realistic environment where something like this could happen and populate it with characters you want to see go on that ride and make it to the other side, live to see another day."

Those characters include three couples -- played by Bex Taylor-Klaus, Amy Forsyth, Christian James and Roby Attal -- who learn the hard way that some of the blood, brutality and murder at the traveling "Hell Fest" are actually the real deal.

Adding an extra layer of fun to the festivities is horror veteran Tony Todd, who most famously played the titular killer in "Candyman" and pops up as The Barker here. 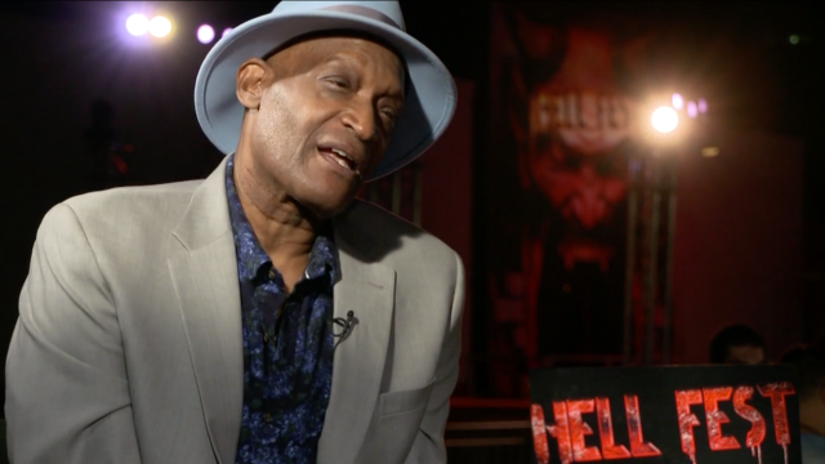 "Tony was, it's one of those wish list things," Plotkin told TooFab. "We were talking about The Barker and it was like, we'll never get Tony Todd. I didn't get to meet him until we started shooting."

According to Plotkin, he found out the actor had accepted the role just days before filming and didn't meet him until he arrived on set. And for Todd, it was a hard project to resist.

"I work just enough to keep myself happy and this script came along and the pedigree it arrived with -- I'd seen 'Get Out' three times, Gregory did the edit, Gale is a living legend, so many amazing projects, 'Aliens,' 'Terminator,' et cetera, who wouldn't want to be involved?"

While he'd been pitched many films set at horror movie conventions, having this one set in a horror theme park is what really piqued his interest. 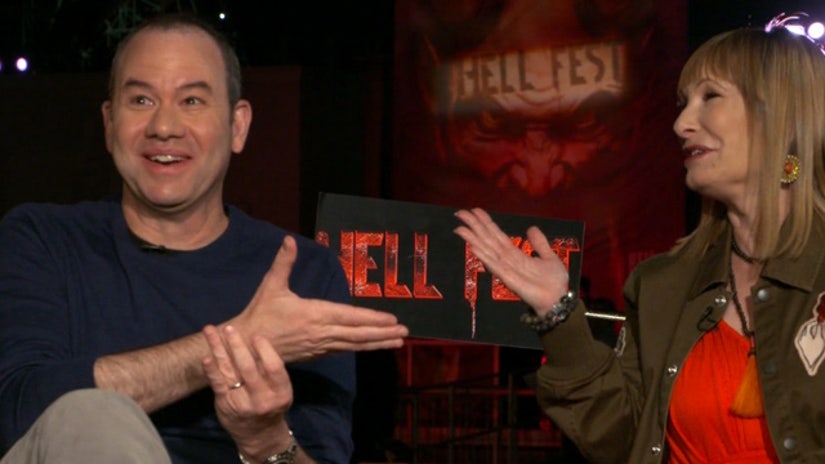 With the cast and setting in place, the final thing to perfect was the look of the killer. Through the years we've seen icons don hockey masks, human skin and even a painted William Shatner face, so what was it that inspired the mask "The Other" sports in this film?

"The look was inspired by turn of the 20th century death masks, which were these papier-mâché masks kids wore," Plotkin explained. "I saw them and I was immediately drawn to them. There was a certain simplicity to them that was so much more terrifying than any of the gaudy, overwrought masks."

"I always feel like some of the iconic masks in film are very simple and unfortunately, I think people have gotten away from that," he continued. 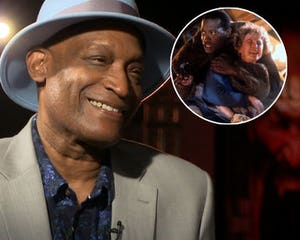 A stunt performer steps behind the mask for most of the movie, but the filmmakers didn't want to cast anyone with too strong of a presence.

"We wanted a very physical actor, but somebody who wasn't overly physical, someone who could blend," said Plotkin. "That's the whole idea of this movie, the killer blends in."

"The motions and the movements are very simple and direct and it's clear that he's hunting," added Hurd. "He's hunting and when you're in his sights, you're not going to get away."

See who gets caught in The Other's crosshairs when "Hell Fest" opens Friday, September 28 in theaters.