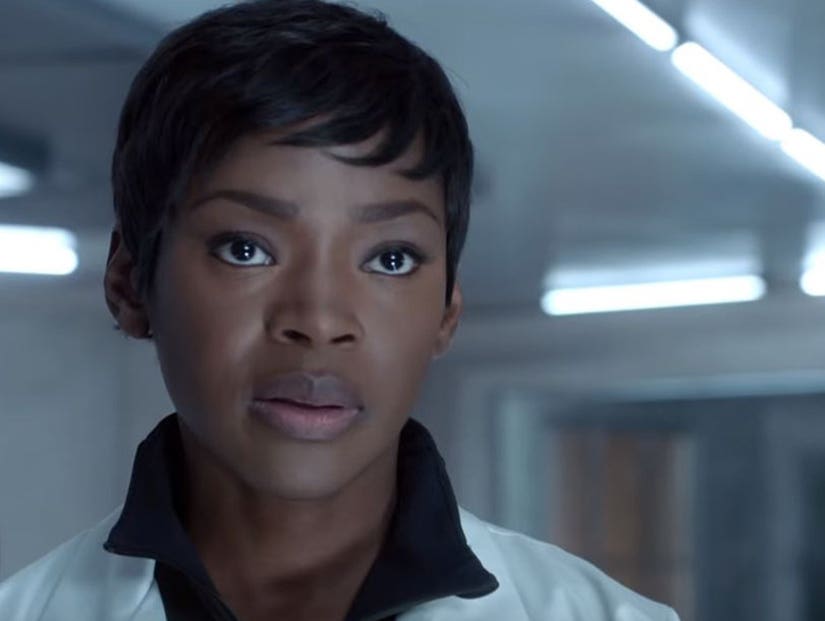 The actress applauds the show runners, who "were brave enough to go into the direction of a woman of color for the role."

"The Passage" star Caroline Chikezie says she's thankful the show was "brave enough" to make her character not only a female but a woman of color.

The FOX series is based off the bestselling book trilogy of the same name by Justin Cronin. In the source material, Chikezie's character is a white male, but the role took a new direction in the casting of the TV adaptation.

In an interview with TooFab, the actress recalled how she got the role of Dr. Major Nichole Sykes -- a badass scientist determined to find a cure to all disease -- and what it means to have a lead character like this on prime time television. 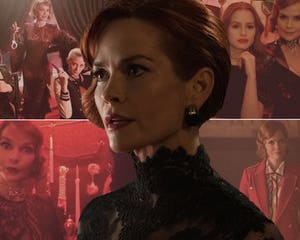 "My character on the show is a powerful female, intelligent, you know strong," Chikezie said. "All these beautiful qualities that you don't usually get in a female role, in a major role."

"The creators, the writer, Liz [Heldens] and producers, they said you know, 'Let's make her female,'" she continued. "And I think that was very bold of them and I'm glad they did because then obviously I got to play her. And also, that they were brave enough to go into the direction of a woman of color for the role."

"They saw everybody and I think they were just open to whoever came in and felt right," she added. "They really were open, because sometimes you go into roles where they say they're open and they're really not and it was so refreshing to be the last person standing when normally that's not the case when you go in for an open role. But she's strong, intelligent, and she's fearless. I love this role."

"The Passage" follows a U.S. government experiment called Project Noah where scientists experiment with a dangerous virus that could cure all disease, however, it has disastrous unintended consequences.

When the secret medical organization chooses a young girl, Amy Belafonte (Saniyya Sidney), to be a test subject, a federal agent Brad Wolgast (Mark-Paul Gosselaar) is chosen to bring her in. As they form a father-daughter relationship, Wolgast is determined to protect Amy at all costs. Chikezie's character is a good-hearted scientist who becomes intricately entwined in Amy and Wolgast's journey.

Check out our Q&A with Chikezie below. Warning: Spoilers ahead!

What drew you to this role?

The writing, in a nutshell, I'd say the writing. I received the script for the pilot and it was just so beautifully written. Any actor can tell you that, you know, you don't always get the material that you all like, 'Wow, this is just beautiful.' It's kind of rare, the quality of the writing really stood out. It was written by Liz Heldens in such a way that I've really understood my character. I read it and the character jumps off the page.

What did you know, if anything, about the story before production began?

One of my sisters, Jackie, was obsessed with 'The Passage' for years and years and years. So it would always be like, 'Oh, The Passage, The Passage,' and I'm more of a nonfiction reader. So, I'd heard about it from her and that was pretty much how I knew about it until I read the script for the pilot. And then I immediately purchased the book and was about to read it when I was told that it wasn't required reading. So I haven't, I've yet to read the actual novels by Justin Cronin.

What would you say is the most difficult part of this role for you?

The most challenging aspects I would say would be that going in we're learning as actors what our characters arcs are as we're getting the scripts. We were getting these scripts on a weekly basis. So we shoot, for example, Ep 1, but we wouldn't have any idea where or what our character will be doing in Ep 2. It just kept you on your toes, because he didn't know. You'd have to play your role such way so that you are open to anything that could happen in the upcoming script. So that was challenging but in a good way.

Are the virals (frightening vampire-like mutations) scary to look at on set?

Oh my God, they are so creepy. They are terrifying. I actually avoid Jamie McShane and Brianne Howey on set when they're full viral, but they're the most amazing humans in real life. Then once they get the viral makeup, I find myself like, 'Oh look at the time I have to go to my trailer.' I kind of like avoid them because it's really creepy. Their makeup is so incredible. I think both Jamie and Brianne, I feel like they get into character when the makeup is on and then they just have this creepy vibe about them the whole time. And I just, I find them really scary actually. I don't consider myself a scaredy cat, but I must admit, I do find them a bit terrifying when they're full viral.

From the beginning, Amy and Brad have established a father-daughter relationship. It seems that Brad is going to continue to be tested as he struggles to protect Amy. Is Brad going to continue with this struggle? Is it going to get harder? Will there ever be tension between them?

I think in the books their relationship spans a long time so I'm sure it's not always going to be plain sailing. I don't think any relationship is plain sailing. So I think that would be true for Brad and Amy just from a human perspective. I think you can expect some ups and downs as you would any normal relationship, any father-daughter relationship.

In Ep. 5, Sykes decided to help Amy and Babcock try to escape because she learned Project NOAH wants to turn the virals into weapons. Is Sykes going to continue or try to be a double agent? Or will Richards try to get her to his side?

I think you can expect from here on out, Sykes is going to continue to go out of her way to do anything in her power to ensure Amy's wellbeing. I'm not sure if I'm allowed to say this but expect more of what you saw in Ep. 5. Sykes continues to go above and beyond for Amy's wellbeing.

Are we going to see more of Amy's abilities? Would you say they are all from the virus? Is she really special?

Oh absolutely. Amy is the most important little girl in the world. Yeah, she is incredibly special. And as the series unfolds you get to see more and more of what she's actually capable of and what the show is doing. They're just teasing it bit by bit, week by week, until you're finally able to see the full scope of Amy's superpowers.

In the beginning, it seemed that you had to be infected in order for Fanning or the other virals to really control one another. However, we recently saw the viral that Dr. Pet tried to "control" epically failed because it ended up controlling him. Is this going to just get worse? What can you tease about this?

I think on this show you can always expect the unexpected. Because we're scientists, we're figuring it out. We're fallible. You know, we think X is going to happen and it turns out Y is going to happen. You as a viewer are on the journey with us and you are seeing the results of our experiments and you're learning with us...we dabbled with something we had no idea about really. It's an unknown quality, it's an unknown test subject. Things are going to continue to surprise us all and not in a good way. God help us. 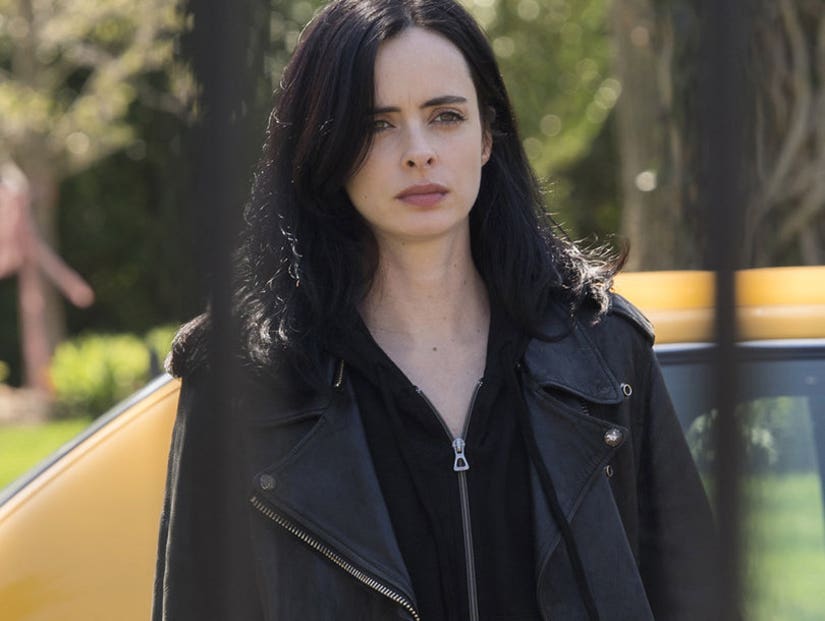