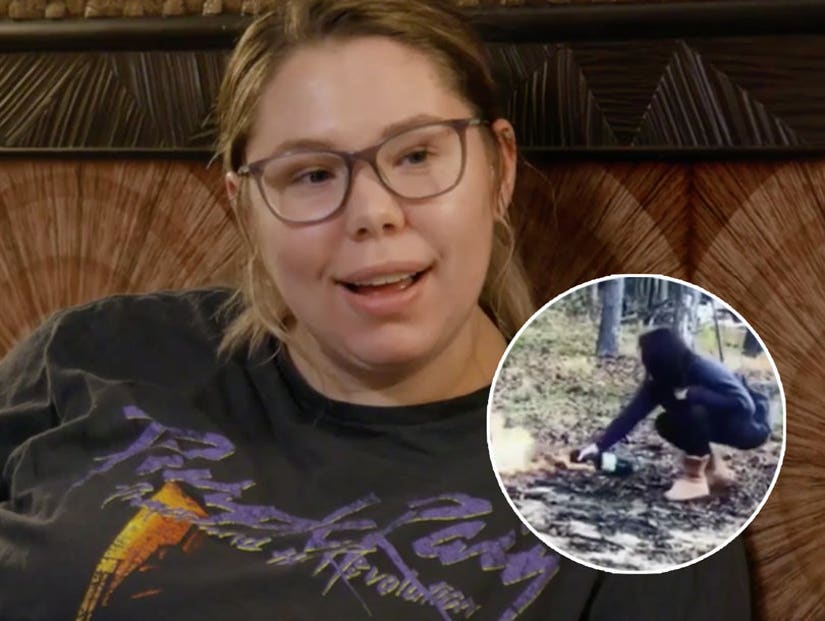 Jenelle explains what really set her off, as her and Kail's storylines intersect in an explosion.

It was "Teen Mom" vs. "Teen Mom" on Monday night, as Kail Lowry and Jenelle Evans battled it out on the show without ever directly speaking to each other. That takes some skill.

Back in December, Evans called Lowry a "fake ass bitch" after receiving a peace offering -- Kail's new hair product -- in the mail from her. She then set the gift on fire. While it made headlines at the time, tonight viewers got to see what lit Jenelle's fuse and how Lowry reacted when she saw what Evans had done. 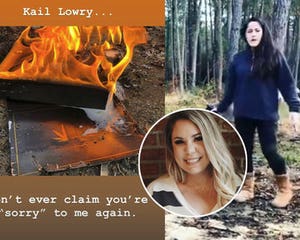 The episode began with Kail saying she was going to send her CBD products to everyone in the cast, guessing Jenelle would end up using it "for target practice." The next time we saw the package, it was on Instagram, where Evans posted a video of her dousing the present with gasoline before lighting it up with a blowtorch.

Producers quickly scrambled to reach both of the women, as one connected with Jenelle via FaceTime. According to Jenelle, she was ticked Kail never reached out to her directly to try and squash their beef and sent this package to her instead.

"Instead of her reaching out to me and texting me saying, 'Hey Jenelle, I sent you a package, I'm sorry for whatever happened in the past, can we get over it?' she goes to the tabloids and she goes to them and she says, 'Yep, I sent Jenelle a package. It's a peace gathering gift,'" explained Jenelle.

And yes, she kept referring to the peace offering as a "peace gathering."

"I'm like, oh, so you're not even going to reach out to me and apologize, but you're gonna go to the tabloids and brag about your product that you just sent to my house?" Evans continued. 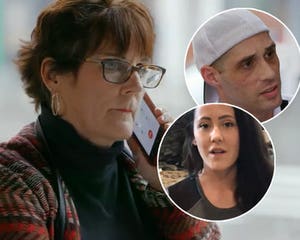 'Teen Mom 2' Recap: Barbara's Livid After Jace's Father Is a No-Show -- What Happened?

She then added that she was especially peeved when she heard Kail said her husband, David Eason, needs a "psych evaluation" during a recent podcast.

"You're gonna go talk shit about my husband after you just sent me a peace-gathering gift, are you serious?" Jenelle continued. "She doesn't have anything like any reason to hate David. So I said that's it, David we're going outside, get the gasoline and setting this shit on fire."

Kail's guess that the two would use the gift as target practice was actually almost a reality, as Jenelle also revealed David suggested they shoot it. But, after catching backlash for previous posts with guns, Jenelle shut down that idea.

"Look how flammable that shit is, don't use that in your hair," Evans said with a laugh, before the producer reminded her that she did cover it in gasoline. "She tried to talk shit about my whole life on every podcast she does," added Jenelle, "I wanted that to hurt her feelings." 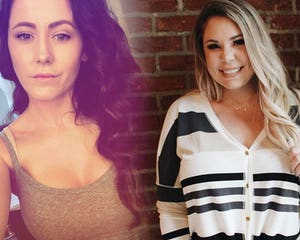 Well, it doesn't look like it worked, as Kail was later seen laughing about the whole thing. Laughing all the way to the bank, actually.

Lowry then expressed disappointment in Evans' reaction, as she claimed to be Jenelle's strongest ally in the cast. "The thing is, for her to act like this, I've done a lot for her through the years," said Kail. "I really truly stuck up for her the most in the beginning."

She then said she wouldn't be doing the reunion because of this situation. "I don't want to be in the same city as them," added Kail, who also said David is "not a good person." 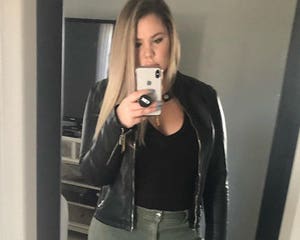 While speaking with a producer later in the show, Jenelle's mom accused Kail of just "starting trouble" by sending the care package. She did, however, also say "I don't agree with that" of her daughter setting the present ablaze.

The episode ended with Barbara explaining that she only tolerates Jenelle's husband to stay on good terms with her daughter.

"I'm just kind of polite to him because if that's her husband and that's who she chose and if that's the only way I can talk to her, then so be it," said Barbara. "But Jenelle is the type of girl, she has to have a man in her life and that's how it is. I'm done crying tears. Jenelle knows I'm here for her and that's how it is. I told them, I'm gonna be 66, get your lives together, you're all adults."