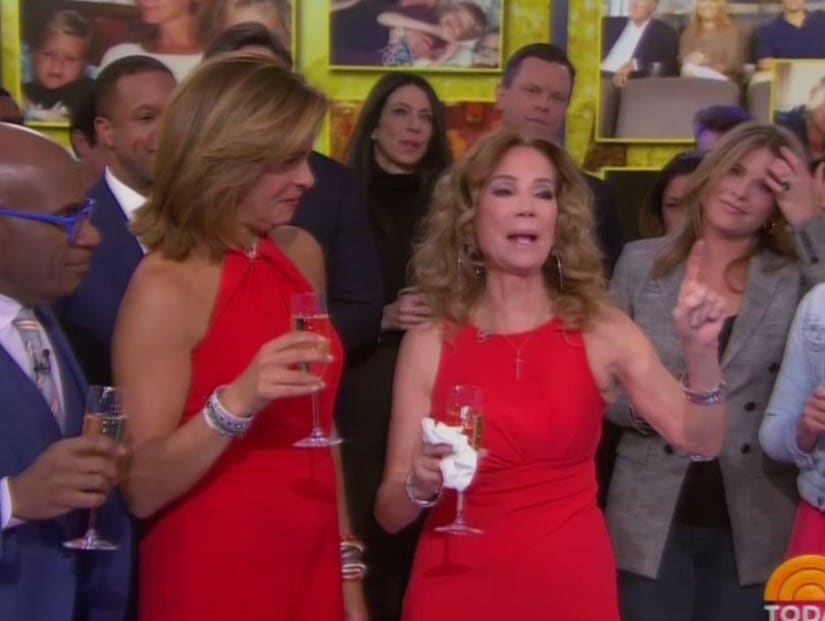 It was an emotional morning for the cohosts and crew of "Today" on Friday, as Kathie Lee Gifford appeared on her final episode after 11 years on the air.

For her last time hosting alongside Hoda Kotb, Kathie Lee kicked off the celebratory hour by saying she felt "great" and hoped these last few weeks have been able to "remind people of why this show worked in the beginning, because we have fun, we have a friendship and it's real." 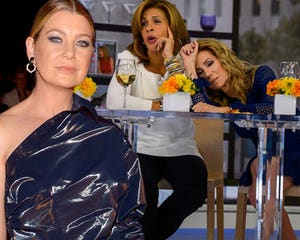 Gifford then revealed she got a surprising gift from a former foe the day before her exit, a man she says "hated my guts for 30 years."

"This is why pigs are flying all over the place. I came home yesterday, I finally got home after a long day and this hugest, hugest bouquet of red roses, you can barely get in my house," she explained. "And I'm going, 'Oh, who did that?' It said, to your auspicious, or your illustrious, or something, career. All the best — take a deep breath — Howard and Beth Stern."

"How nice is that? That man hated my guts for 30 years and I prayed for him every single day and turned it around and so I thought, pigs are flying," she added. "They're flying." While Stern had been a longtime critic of Gifford, the two actually buried the hatchet in 2018.

As the hour went on, she was met with surprise celebrity appearances from Barry Manilow, Flo Rida, Dean Cain, Ryan Eggold and John Cena, who hosted a mini trivia game between Hoda and Kathie. Yeah, it was an odd mix.

The most touching moment came from Gifford's two kids -- Cody and Cassidy, now 29 and 25, respectively -- who filmed a special tribute to their mother and all her work over the years on NBC.

While Cody was also in the studio audience, he and his sister appeared in a 4-minute video message celebrating their mom.

They also reflected on their late father, Frank Gifford, who recalled how "proud" he was of Kathie Lee.

We saved the very best surprise for last!

Cody and Cassidy, @kathielgifford's children, had a few sweet words to say about their mom #CheersToKLG pic.twitter.com/DGOPEhoJss

The show ended with a final toast from all of her "Today" cohosts, before Gifford gave her last farewell.

"I have 30 seconds to say what has taken me a lifetime to say. Jeremiah 29 says, 'I know the plans I have for you,' declares the Lord. 'Plans to prosper you and not to harm you. Plans to give you a future and a hope,'" she said. "That's not just true for me, you guys, that's true for everybody watching. Trust him, let him love you like he wants to love you, like I am loved by all of you."