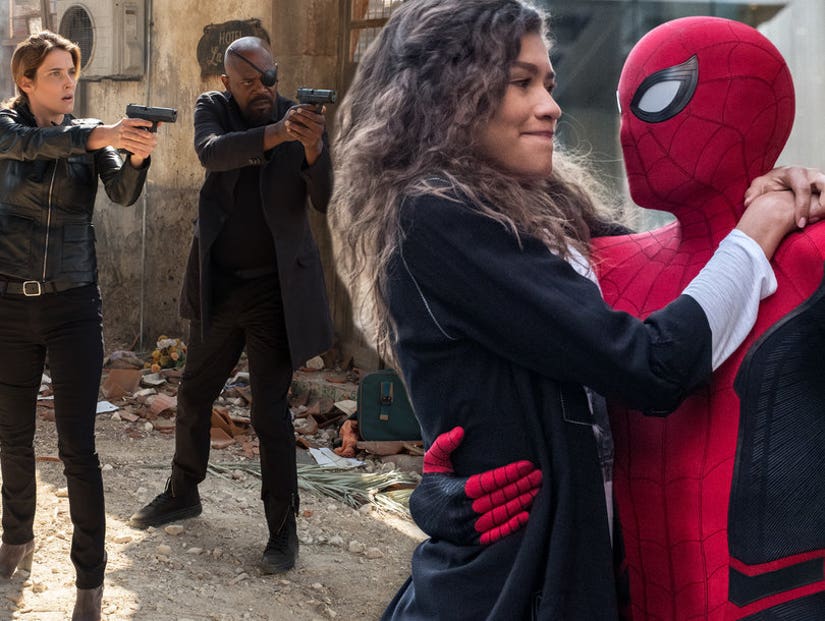 If you haven't seen the latest film in the MCU, stop reading this NOW!

We're about to dive right into Spidey spoiler territory -- this is your last warning!

Okay, here we go. With "Spider-Man: Far From Home" in theaters now and poised to dominate the box office over the long, 4th of July weekend, we need to talk about the movie's final moments: the two scenes during and after the closing credits.

It wouldn't be an Marvel Cinematic Universe film without a little something extra at the end, but the two clips following Peter Parker's European adventures signal some huge changes for our friendly neighborhood superhero when we see him ... and Nick Fury ... next. 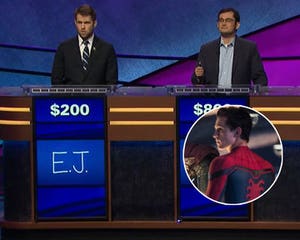 'Jeopardy' Contestants Epically Fail to Answer This Question About Spider-Man

In the movie itself, MJ (Zendaya) correctly guesses Peter (Tom Holland) is actually the web-slinger in disguise. She's not the only one who knows his secret identity though -- there's also Ned, Aunt May, Happy Hogan, all of the Avengers, Nick Fury, Maria Hill, The Vulture (who's presumably still in prison somewhere) and Mysterio.

While Jake Gyllenhaal's villain doesn't survive the movie, he left behind one final message to the public: a video manipulated to make it look like Spider-Man was actually a bad guy. In the video, he also named Peter as the kid behind the mask.

Reprising his role as The Daily Bugle's J. Jonah Jameson from Sam Raimi's Spidey trilogy, J.K. Simmons' character gets his hands on the footage and plays it for the whole world to see. In Peter's last moments of the movie, he reacts in shock as his secret identity is revealed.

Though he's unmasked in the Civil War comics, this is new territory for the Spider-Man films so far, where Peter has never been exposed on quite this level. It'll be interesting to see if Parker cops to being the superhero and what that means for him and his loved ones going forward.

One other thing we learn during this scene: MJ is not a fan of flying around the city with her man. 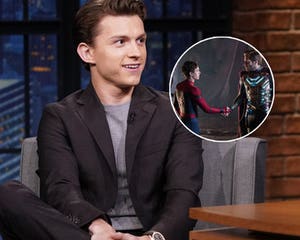 In another surprise, the final scene of the movie revealed that Nick Fury and Maria Hill were not really Nick Fury and Maria Hill the entire time. Instead, they were actually shape-shifting Skrulls Talos (Ben Mendelsohn) and his wife, Soren (Sharon Blynn) from "Captain Marvel." It's not known exactly how long they have been taking the place of the agents, but does explain how the two were so easily tricked by Mysterio throughout the film.

What is interesting, however, is a quick line Hill says about "Kree sleeper cells" being set up on Earth. The most obvious thread being set up here is the Secret Invasion storyline from the comics. While the source material had the Skrulls as the bad guys infiltrating Earth, "Captain Marvel" established the race as anything but evil. In the comics, some of the shapeshifters have assumed the identities of key figures throughout the Marvel universe -- meaning some of our favorite superheroes could already be Krees in disguise!

The last moments of the movie also reveal where the real Nick Fury (Samuel L. Jackson) is: aboard a giant spacecraft somewhere in space. While his motives are left unclear, some have theorized that this is the introduction to S.W.O.R.D. Standing for "Sentient World Observation and Response Department," S.W.O.R.D. is a sister organization to S.H.I.E.L.D., keeping an eye out for alien threats.

This scene means we can probably expect the MCU to venture even further into space in future movies. So far, no Phase Four movies have been officially announced -- expect that to happen at Comic-Con later this month -- but extraterrestrial films for "The Eternals," "Guardians of the Galaxy 3" and "Captain Marvel 2" are all likely on the horizon.

"Spider-Man: Far From Home" is in theaters now. 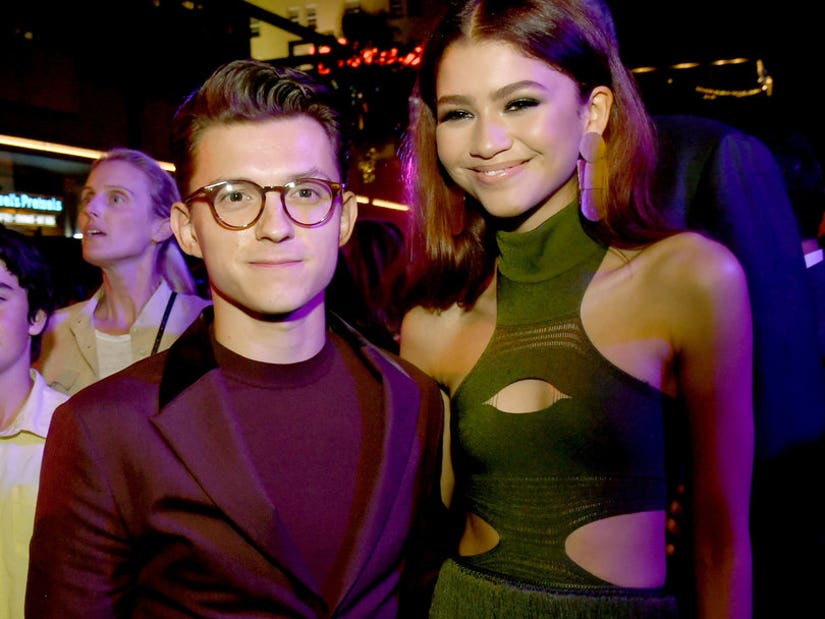