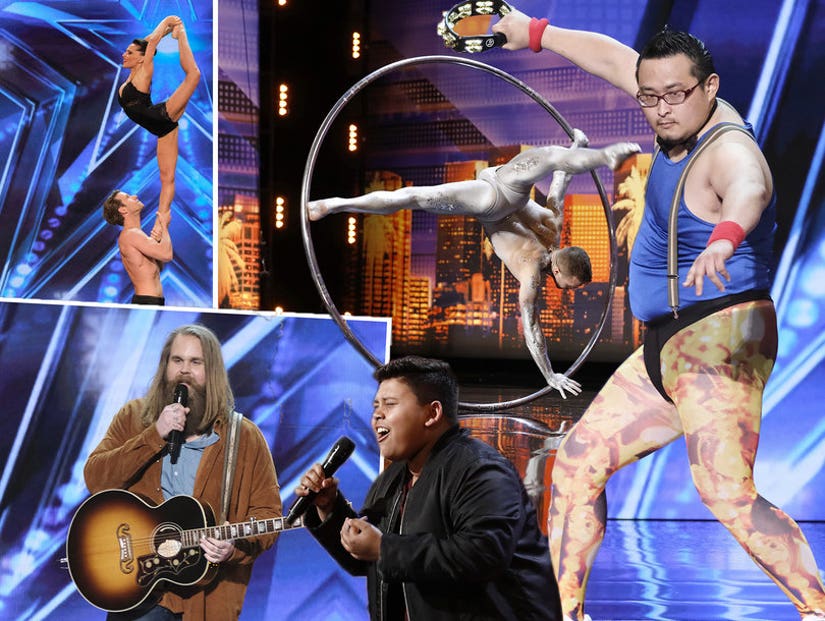 See which act was so strange it inspired Terry Crews to run out on stage and join for an encore -- plus, another act needs a second chance to win Simon Cowell over.

The final round of auditions after nearly two months brought lots of amazing talent, lots of tears and Terry Crews breaking it down in tandem tambourine. Yeah, that's right.

One of the things that makes "AGT" so entertaining is how bizarrely unique a lot of the talent can be. Sure, you have your staple musicians, acrobats, dancers, magicians, comedians, danger acts and on and on. But everyone once in a while you get something completely unique. 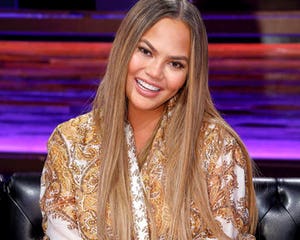 This week, it was the great Gonzo (no relation to the Muppet) who took the art of tambourine to the next level. And it was next-level insanity to be sure. You didn't even think of tambourine as an artform, did you? Well, Gonzo is here to try and change your mind!

The night also brought some truly amazing vocalists, and even though we wear our hatred for the show's obsession with "kid singers," we had to put it aside with one of the best young singer we've ever seen. Sometimes age truly ain't nothing but a number.

There was a mentalist act that's still honing its stage presence, a comic "buffet" and one of the best acrobatics acts you'll ever see. It's so much more than stunts, combining those with artistry, pathos, beauty, grace and love. Truly, it's something to see. 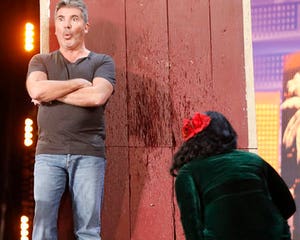 (singer) It was a disaster for the judges who gave Ra'ed four exes, much to the raucous boos of the crowd. They were ready with a standing ovatin. And it was a bit of a shock, as Ra'ed came out with a cool, camp swagger that had everyone rooting for him, as Gabbrielle said. Alas, this original song was a lot of odd noise. And even though he's clearly had training as a vocalist, this was ridiculous. It had to be intentional, right?

(comedian) Melodrama and tambourine, "The Final Countdown" will never be the same after Gonzo had his way with it. This was such absurdist comedy and yet there was something so watchable about how many different ways he could use just his body to trigger the tambourine sounds. Usually weird acts are just that, weird. But Gonzo manages to be weird and entertaining and then finally, funny. His act was so infectious, Terry even joined him for a reprise, which was somehow even more entertaining.

(dancers) While it was very cool seeing these women embrace the malambo tradition, and they each performed it well individually with all the different props, they really need to work on their cohesiveness as a dance collective. The impact is so much great when they are together with timing, extensions, lifts and everything else. There is, however, tremendous potential for this to become something special with training and discipline and maybe some showcase elements in their choreography so it's not just a wall of dancers each time. 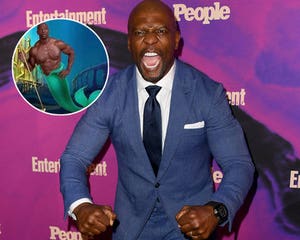 (mentalists) It was a straightforward stunt, but delivered with such sweetness that made it all the more magical. Steffi Kay identified a random drawing created by a judge and then an audience member, and even identified the audience member's name. Was it a plant? Were all the pictures hearts that got dumped into the wind machine -- ye olde switcheroo? We'll never know, but this pair are fun to watch and it would be worth seeing how they elevate their act. In order to earn Simon's yes, they had to do one more trick and this one we couldn't see through.

(singer) This Vietnam vet found his voice again after he lost his sight. He gave up his dream years back to raise his family, and decided now was the time to try and chase it. He treated the audience to his own song, "Get It While You Can." It was a fun bluesy piece delivered with heart and truth. He's not going to blow anyone away with his voice, but Robert has the tools to tell his story. The lyrics weren't fantastic throughout, but the tune was catchy and the main hook of the chorus was spot-on, so it was a great audition with a risky original.

Kara with a K

(comedian) Kara had a very unexpected act, storing burgers and fries in her bra. But it's her little phrases that are perhaps the funniest, like putting a "deep fried tire" on a salad. The randomness of it only added to the hilarity. It really felt like we didn't quite get enough time to get into her act, but even her judge banter was rock solid, so she just has a funny core she can lean on, so it's definitely worth waiting to see what else she has in the tank. 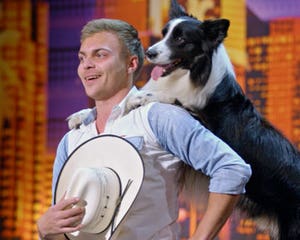 (singer) A perfectly chosen song, Olivia was able to build from note one until a triumphant finish had everyone eating from the depths of her voice. And it's more than just talent, she pours so much heart and emotion into her singing that you can't help but feel as she's performing, and that's the difference between karaoke and singing. This felt genuine and Olivia sounds like the real deal. Nothing groundbreaking, just talent.

(hoop aerialist) Always an unusual treat, Matthew is certainly gifted in this area, and it's impressive he didn't start until older in life. Nevertheless, we've seen more stellar hoop ariel artists blow us away with some of their stunts and Matthew was impressive, but we were never catching our breath or just stunned by any of it. If you've seen hoop, you've seen what Matthew did tonight. So while he's a very good representative of the form, he didn't push it anywhere new.

(singer) That was a masterful performance from 12-year-old Luke, absolutely mesmerizing and damned near perfect. His Broadway passions and aspirations may not be out of reach because he commanded that stage, held the audience in his hand and took them on a beautiful journey without taking a step. His voice was that powerful and that transcendent. This was a rare treat and one of the best auditions of the season for sure. And even though we hate kid singers getting all the love, we can't be mad at Julianne giving her golden buzzer here. 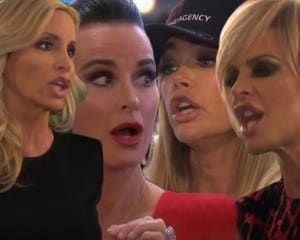 (singer) "AGT" doesn't always get the world's best singers, but when they get one they really get one. Chris may just be in a class of his own with so many different qualities and elements to his voice in this one cover of John Lennon's "Imagine." He interpreted the song as his own, has a beautiful grit in places, lovely timbre, vibrato, falsetto. The guy has a lot of tools in his arsenal and the best thing is he knows when to use them and when to hold back.. It was a stellar audition.

(acrobats) That was absolutely astonishing. It had passion, strength, control, balance and just oozed how much love and trust these two have for one another. On top of that, some of those death-defying stunts were electrifying to watch. It's a rare treat to make acrobatics beautiful, but this is interpretive acrobatics performed in a way rarely seen and it was truly stunning to behold.

"America's Got Talent" moves to judge cuts next Tuesday at 8 p.m. ET on NBC. 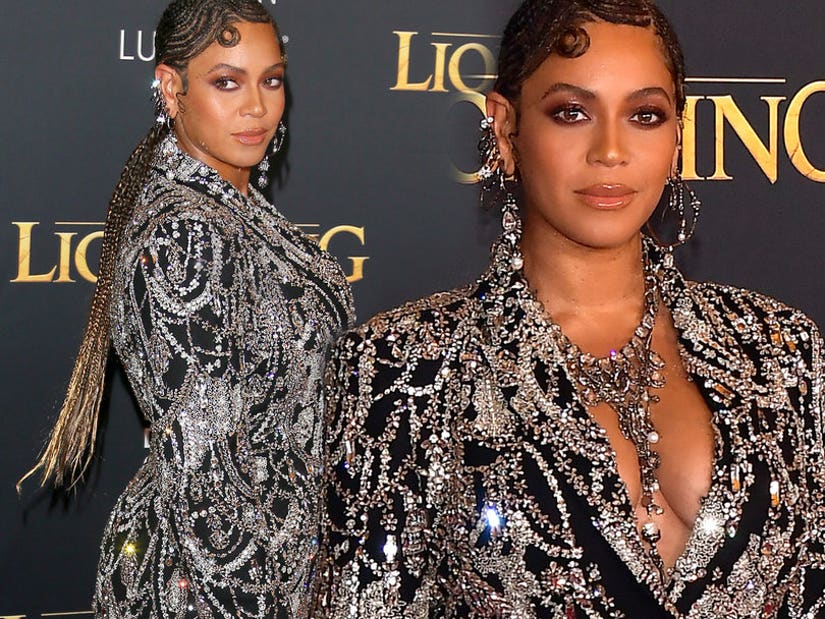