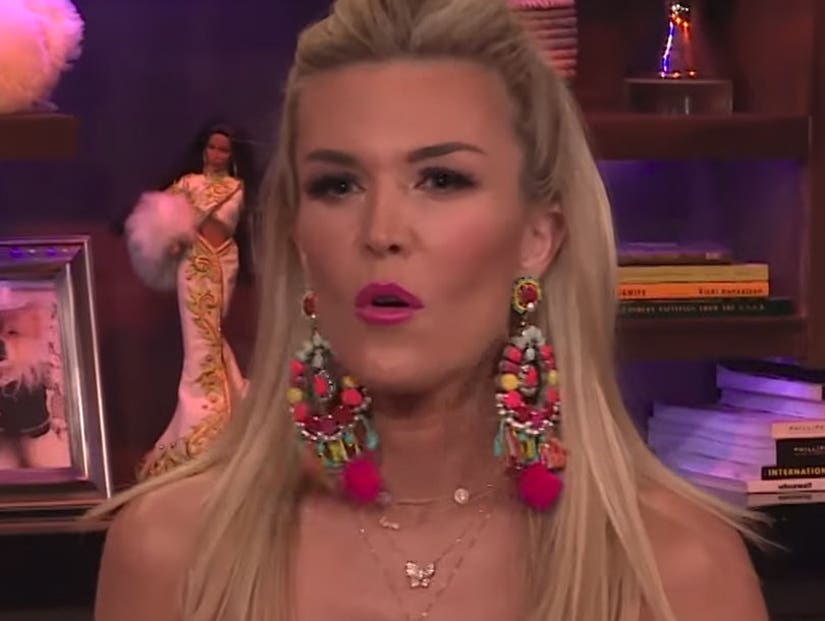 The 'RHONY' star also reveals why she and Sonja Morgan got into a nasty fight at World Pride.

Tinsley Mortimer was busted by her own mom on "Watch What Happens Live," after the "Real Housewives of New York" star denied she and TV host Billy Bush were a thing.

While appearing on the Bravo show, a caller asked if they were dating after the two were linked back in June. Though she played it cool, her mother, Dale Mercer, did not.

"Billy has been a friend of mine for a long time," said Mortimer. "I did see him, we went bowling and had a lot of fun, but we're not dating."

When Andy Cohen asked if they "canoodled" at all, she added, "No, we're just friends."

The host then asked Dale, who was the bartender for the night, what she thought about the potential pairing. "I don't know Billy, but I did know she did have two dates with him," she responded.

Later in the show, Tinsley was asked about her recent fight with costar Sonja Morgan at World Pride, which "Real Housewives of Orange County" star Kelly Dodd chronicled on Instagram as it was happening.

During the heated exchange, Sonja accused Tinsley of not being grateful for putting her up in her home her when she moved back to New York and joined the cast of "RHONY" two years ago. "Be nice! Thank me for the housekeeper! Hype me as a great friend!" a seemingly drunk Sonja hurled at a seemingly drunk Tinsley, as a seemingly drunk Kelly asked Sonja to quote her "YOU DON'T TOUCH THE F--KING MORGAN LETTERS" outburst from this season.

"Andy [Cohen] said he never wanted you!" Sonja also added, "I brought you on!"

"Well, here's the deal, Sonja and I, we go at it all the time," Tinsley explained on "WWHL." "A lot of times, maybe the cameras don't always see it ... it's the same argument Sonja and I have had this entire time. Here we go again. I'm not grateful for living in the townhouse, once again." 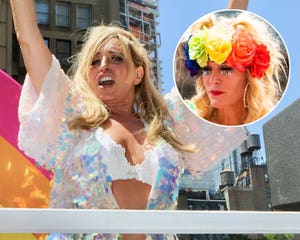 Chiming in from the bar again, Dale called the whole situation "just so embarrassing."

"Sonja's my girl, I love Sonja and she was so wonderful to have Tinsley stay with her, but the thing is Tinsley came in there sort of green and she was so appreciative of Sonja having her, but she wanted to sort of stay out of her way a little bit," Dale continued. "I think it was the wrong way to do it. Tinsley, you should have done more."

During the rest of the show, Mortimer also said there was a lot she didn't "get off my chest" at the reunion for the current season -- and added that, while this was a rough year for her, she's "hoping for the best" going forward. "I feel like it's my year," she added.

The three-night "RHONY" reunion ticks off July 11 on Bravo. 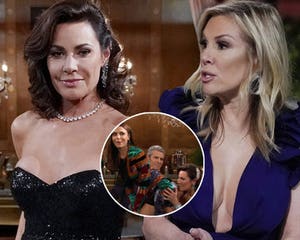 Ramona Rips Luann for Sobriety Slip In 'RHONY' Reunion Preview: 'You Failed Yourself!'