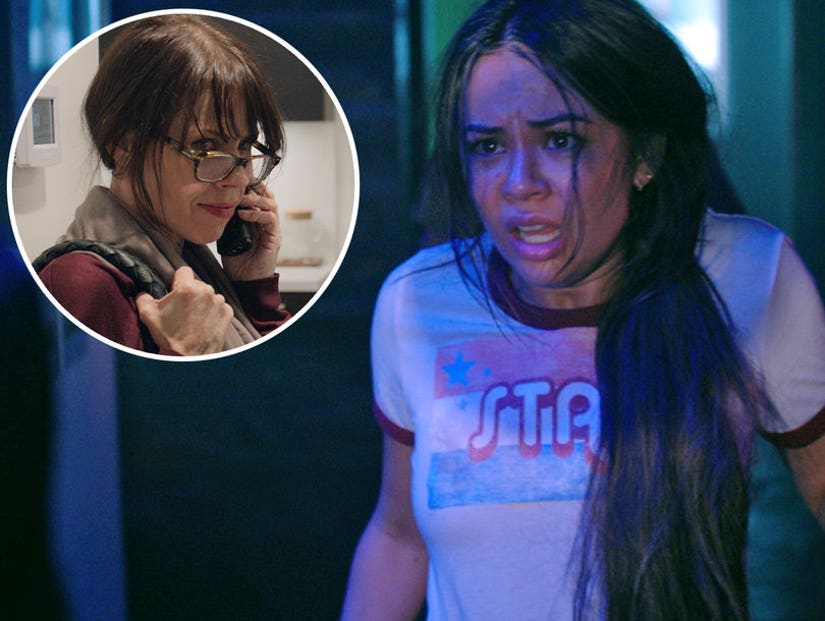 The 'Pretty Little Liars' star reveals why she signed on to the freaky home invasion flick and teases 'To All the Boys I've Loved Before 2.'

Like every other kid who grew up during the 90s, Janel Parrish has a special place in her heart for the 1996 horror flick "The Craft." Unlike the rest of us, however, Parrish got to share the screen with one of the film's star's: Fairuza Balk, aka wicked witch Nancy.

The two appear in IFC Midnight's home invasion film "Trespassers," which hits VOD today. In the movie, Parish's Estelle and three of her friends rent an AirBNB in the middle of the Mojave desert ... and their night quickly goes to hell after Balk knocks on their door.

While Parrish has always been a fan of horror movies, she cited Balk's work as the reason she got into them in the first place.

"I'm so not just saying this because Fairuza Balk is in our film, but 'The Craft' is still to this day one of my favorites," Janel said in an interview with TooFab. "That's one the first movies that I saw that showed me that I like these kinds of films. And I just think the acting in that film is so great." 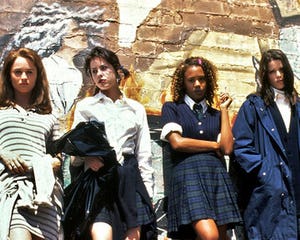 Because she had only seen Balk do "freaky, strong female characters" like teenage spell caster Nancy, Parrish said she was "sort of intimidated to meet" the actress when it came time to film together. "I had no idea what she was going to be like in person and then she shows up and she's tiny and sweet and kind and professional. You sort of get this feeling of, how can this person who is so small and sweet be so creepy?"

But once the director said "Action!" Parrish saw her snap into character, "and you're like, 'Oh, there it is.'" Teasing Balk's role in the film, she added, "This character shows up and is not necessarily what she appears to be and Fairuza just nails that. She plays every angle just right."

"It was honestly really an honor to just watch her work and act alongside her because I've been such a fan of hers for so long," added Parrish. "I think the world of her."

Keep reading for more from our Q&A with Parrish, as she teased the sequel to Netflix hit "To All the Boys I've Loved Before" and spilled on what she thinks makes a good Scream Queen.

What are some of your other favorite horror movies?

I am a huge fan of the 'Conjuring' series. I like the paranormal-type movies. I think it's just terrifying to imagine something supernatural sneaking up on you in the middle of the night standing over your bed. The TV series 'The Haunting of Hill House,' obsessed. And then there's always a good old fashioned classic 'The Shining.' It's still to this day one of the scariest movies I've ever seen.

I know you've done some genre work before -- even 'Pretty Little Liars' had it's creepy creepy moments -- but why did you decide to dive headfirst into a full-on horror film with this?

I've always wanted to do one because I'm such a fan of that genre. But then when I got the script sent to me, they also sent this look book with pictures of references of the way they wanted it to be filmed with this beautiful neon lighting and wide shot angles. I just was so impressed by the vision that they had for this film and as well as a script, that I just I knew that I wanted to do this project. I just thought it was something so cool and different and it would be a really fun challenge for me seeing as I'd never done horror before.

Now you get to let out a solid scream or two throughout this. What do you think makes for the Scream Queen?

Well I think you just gotta go for it, you've got to remove any of the insecurities of sounding dumb or stupid or whatever it is and just take a big ol breath. Good thing I got the lung power because I'm a singer and you just gotta go for it. Once the shit hits the fan, it gets pretty intense. All of us just trusted each other and trusted that we were in a very safe place to go to really dark places of our minds that -- I can speak for myself -- I've never had to go to before. It's a very vulnerable thing.

In something like this, the emotions are running high. You're literally running around, you're screaming. Is it exhausting too?

Yes. And also keep in mind that both of the film was shot in the middle of the night, all night shoots because the house was glass. You can't cheat anything, so we'd have night shoots a 2-3:00 in the morning and we're sitting around waiting for the shot to be set up and getting pretty tired. But once they say, 'OK, that shot is ready,' you better get your energy up because this film is an extremely high energy and takes a lot out of you emotionally, physically. By the time you finally wrap at like 6:00 in the morning when the sun's coming up, you're not even tired anymore because of all that adrenaline you had to summon running around and screaming your face off.

Obviously not to this extreme, but have you had any getaways from hell?

God no. But you know this movie really terrified me and the script terrified me because I've said for years when AirBnB started ... you just don't know whose house this is. You don't know what's in the house. You don't know like if there's cameras or secrets or like a body somewhere or if there's a serial killer. And I've been saying for a long time somebody needs to make an AirBnB horror film because that simple thought is so terrifying, it could happen. You could be renting the house with somebody who is either a psychopath or has seen some bad stuff. So when I read the script I was like, yes, I want to do this.

You just recently wrapped 'To All the Boys I've Love Before 2.' Why do you think the first one was such a huge success?

I think it was a movie that everybody needed right now. It's just a good old fashioned romantic comedy that just makes you feel so good. It's a coming of age movie. She's a character that a lot of girls young girls can look up to and relate to. She kind of speaks even to the the older women like myself, who are not necessarily that demographic. I watched that movie and she takes me right back to how I felt when I was in high school and had my first love. I think any woman can kind of relate to that.

I also think the fact that the lead of the movie is Asian-American and I think representation really matters. And we don't see a lot of it. I think it's really it's exciting and it's sort of making history. I mean it's been 25 years since a film had an Asian lead that wasn't an Asian film. That film was Joy Luck Club. And I speak for myself because I'm an Asian-American. A lot of Asian American women especially were like this is so cool, what a time, what a time to see an Asian-American lead and being able to tell a story that isn't necessarily about being Asian-American. She just happens to be Asian-American. And that makes it really special and powerful.

Can you tell us anything about the sequel? We'll take anything.

Yes, it's gonna have a very juicy love triangle. At the end of 'To All the Boys I've Love Before,' you see that one of the letters that Lara Jean thought wasn't delivered actually in fact did get delivered and he comes into town to find her. So Peter Kavinsky's got some competition.

"Trespassers" is available now on VOD. 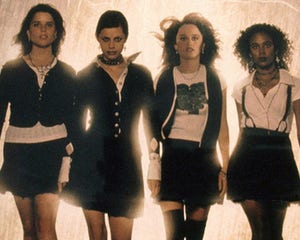 "The Craft" Turns 20 -- Wait’ll You See the Bewitching Stars of the Film Now!