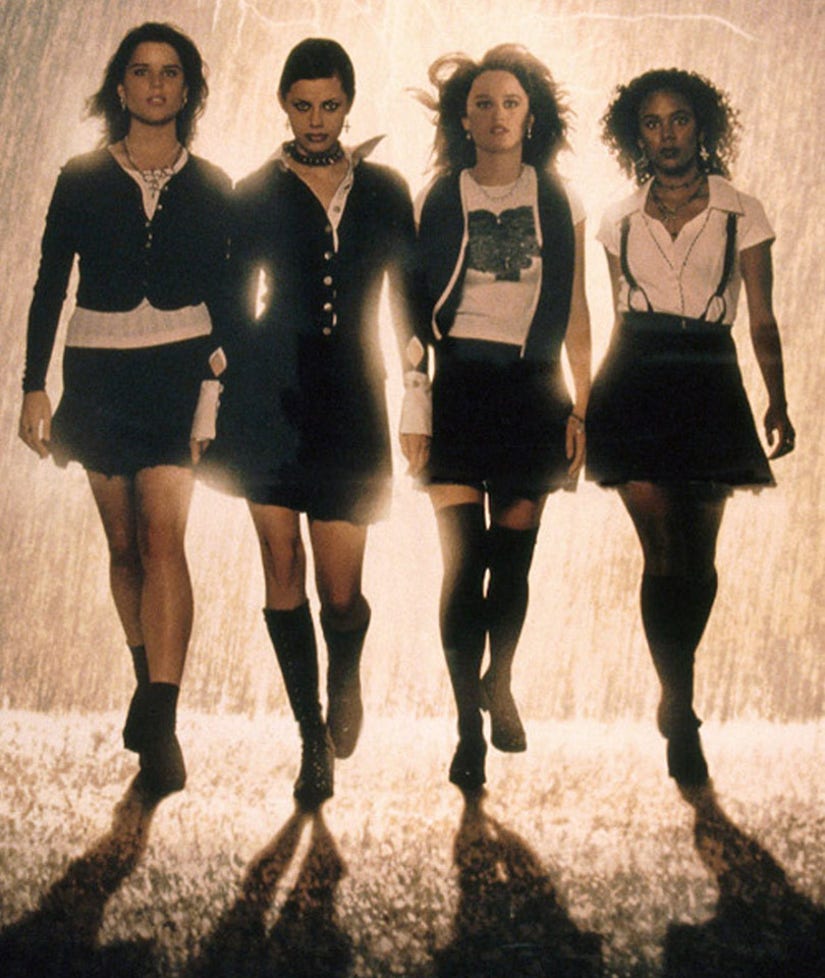 "We are the weirdos, mister!"

Hard to believe, but we're currently living in world where '90s classic "The Craft" is 20 years old. Where's our spell to turn back time?!

Andrew Fleming's 1996 supernatural teen thriller introduced us to Rochelle (Rachel True), Bonnie (Neve Campbell) and Nancy (Fairuza Balk), those snide, goth bad girls you remember from your high school days. But these ladies didn't pretend to be witches … they actually were.

When Sarah (Robin Tunney), the new girl in school, finds herself bullied by the guy she likes, she drifts listlessly into the arms of a teenage coven, who realize she has magic powers of her own. The foursome then uses their abilities to invoke a god called "Manon" and avenge themselves on everyone who treated them badly.

"The Craft" was a sleeper hit, sailing to number one at the box office during its opening weekend and earning, overall, more than three times its budget. It helped move Campbell past her good-girl, "Party of Five" image and introduced her to the world of horror … where she'd find even larger success in "Scream" later that same year.

The flick also made goth fashion a little more mainstream … and likely led to some massive sales at Hot Topics in malls everywhere.

With chokers and '90s style back on the rise -- just look at these photos of Kim Kardashian and Taylor Swift if you don't believe us -- let's check back in with the "Bitches of Eastwick" and see how they're all looking two decades later!

What are your favorite '90s horror flicks? Let us know in the comments, and be sure to hit "Launch Gallery" above to see what the stars look like now!