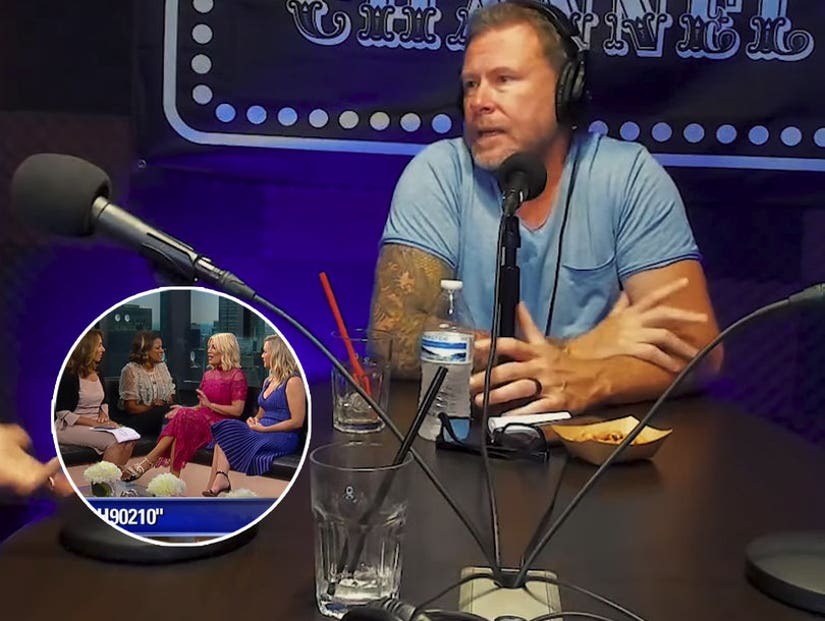 Dean also spills TMI on recent walk of shame and his sex life on the latest episode of his podcast.

Dean McDermott is speaking out against the reporter who grilled wife Tori Spelling on their family's finances, calling the questions "stupid" and "unclassy."

On Monday's new episode of the Daddy Issues podcast with Dean, Adam Hunter and Nicky Paris, McDermott stood up for his wife following an awkward interview with Rosanna Scotto on "Good Day New York" last week.

"She was interviewing Tori and she just started asking all these stupid questions about money," explained Dean to his cohosts. "The last thing Tori expected too, this is the Fox family. She kept pushing and pushing. She asked, 'Can you pay your bills?" She's like yeah I can pay my bills, thank you very much."

During the exchange on Fox 5, Scotto asked about a plot point in the new "BH90210," which finds an exaggerated version of Spelling struggling to pay the bills. The host used it as an opportunity to probe into Spelling's real life affairs, first asking if the storyline "hit a little close to home" before flat out asking if she's "able to pay" her bills.

"Am I able to pay my bills? Yeah, thank you. I am," Spelling shot back. 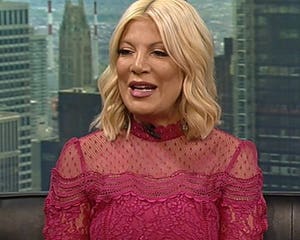 "I just thought, whoa, for starters, this is in the Fox family and this is promoting the show," said Dean on Monday. "Yeah, the show dips into reality and there's a money thing in there, but to go down the road and keep poking at it, f--king move on. It was so unclassy."

"We get that all the time, interviews, what does this have to do with what we're promoting right now?" Dean continued. "This is salacious and uncalled for. Not cool at all. Maybe she needs a finger in her butt. The whole world would be a better place if everybody had a finger in their butt."

If that last comment seems a little out of place, worry not, it was a reference to a TMI topic they discussed earlier in the podcast.

When asked if he was "a finger up the butt person," McDermott replied, "You know what the answer is. Yes. Oh my god. There isn't anything I haven't done. Almost anything. I'm a pretty free spirit, I'm open."

It got even more explicit from there, but Dean later clarified that it's not a "strap on situation." 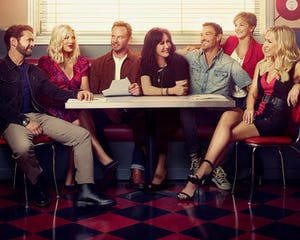 During the podcast, McDermott also opened up about doing the "Walk of Shame" after spending the night with Spelling at a hotel last week. He explained she was busy doing publicity for "BH90210" at the Four Seasons in Beverly Hills two days in a row, so they decided to make a date night out of it.

"It was f--king amazing," he said. "It was so great to spend time with my wife because she's been so busy, it was great to hang out as adults. We tore up the Four Seasons."

Saying he was "glowing" after their night together, Dean went on to stress the importance of date nights, especially for couples with kids. "It reminded me of when we first met, when we were first dating," he added.

Watch his proud Walk of Shame video below: