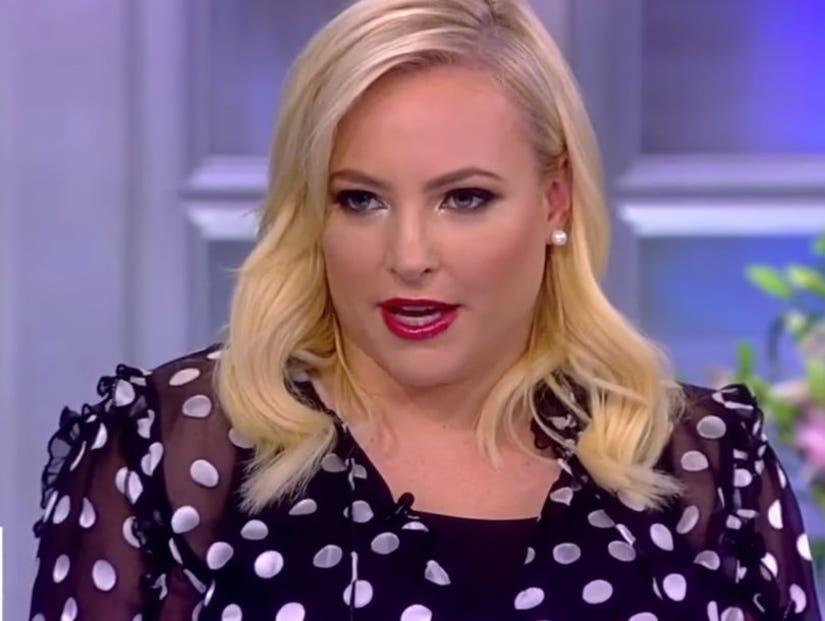 "If I wasn't fat shamed, I wouldn't have a career," says 'The View' cohost.

While making a call for "compassion" on "The View," cohost Meghan McCain opened up about being targeted for her weight in a discussion about Bill Maher's plea to give fat-shaming a "comeback."

The "Real Time" host was roasted on social media -- as well as by James Corden -- for comments he made on his show. At the time, he said "fat shaming doesn't need to end," making the argument that "some amount of shame is good" and is "the first step in reform."

Addressing the comments and Corden's response on Monday's episode of the ABC morning show, McCain began her response with a very special shoutout to someone who publicly mocked her in the past.

"I just wanna say, if I wasn't fat-shamed, I wouldn't have a career," she began. "Laura Ingraham said I was too plus-sized to be on TV. Shoutout Laura, I'm on 'The View' and you're not. It literally sparked so much outrage because people don't like it when you're talking about women's weight."

McCain was likely referring to 2009 comments made by Ingraham, who mocked Meghan by saying -- in a Valley Girl accent -- "OK, I was really hoping that I was going to get that role in the 'Real World,' but then I realized that, well, they don't like plus-sized models." 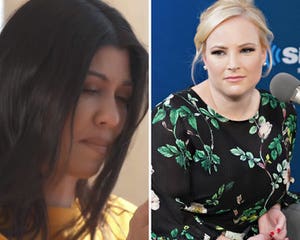 "I'm fat-shamed every day," McCain continued this morning. "Every day someone on Twitter's like, you're too fat to be on 'The View.'"

Whoopi Goldberg interjected at this point, joking, "Clearly, you've not seen behind me!"

"I struggle with my weight, I go way up, I go 20 pounds up, 20 pounds down, I struggle with it," Meghan continued. "I think we need to have compassion to people who are struggling in life in general and so much about obesity in this country is about poverty and access to healthcare. I think that was left out of it."

Admitting she will always "have a tiny little place" in her heart for Maher because she wouldn't have met her husband if he didn't appear on Bill's show, she added, "He was a jackass in this subject."

Abby Huntsman chimed in saying she thought Maher would "love" the fact they were talking about him on their show. "I think he wants us to do exactly what we're doing right now and that's talk about him, make a headline," she added. "He's provocative. But James Corden couldn't have said it any better."