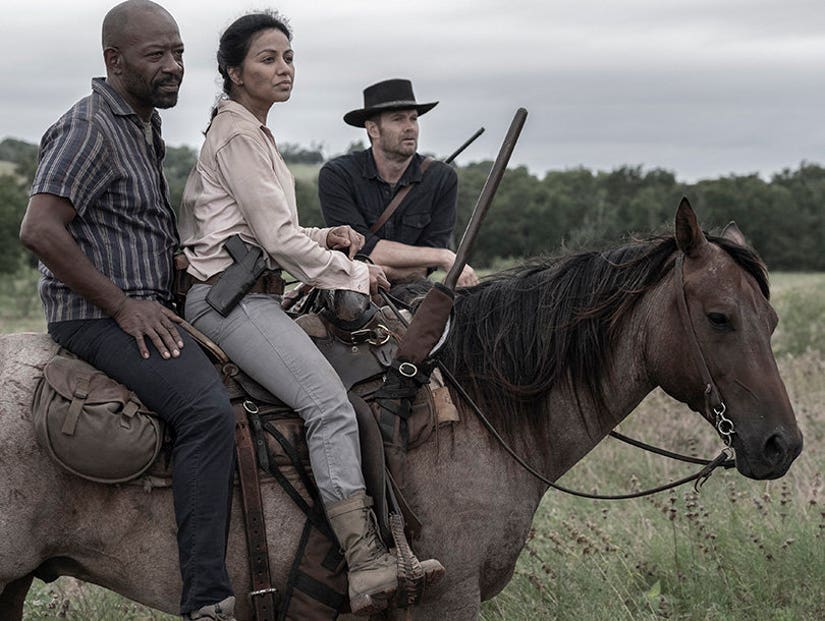 It was a bleak season finale for the 40 survivors under Morgan's care as they gave up and lost hope in the process, leaving everything fragmented and torn apart for Season 6.

In what may well prove to be the darkest moment for either show in the franchise, "Fear the Walking Dead" not only blew up its whole premise in a bleak season finale, but it dismantled and tore apart everything Morgan and his friends had been working toward.

And then it left one of the show's biggest characters and actor for dead. 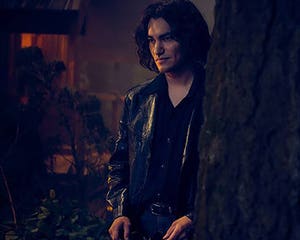 Let's face it, things were looking bleak when Morgan called Virginia and effectively surrendered at the end of last week's episode. It was enough to send Dwight packing, as he'd been down a similar road before with Negan, and it really felt like our band of survivors was just ready to throw in the towel and give up their dream.

And despite a super-sized episode ... let's just say things did not end particularly well for them. But apparently we had a lot of filler to get out of the way before we could get to the interesting parts of the show. 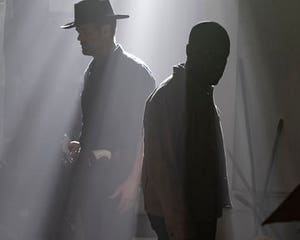 The first frustrating thing about the episode was how quickly everyone rallied after Dwight found some horses and circled back to Humbug Gulch with them. Suddenly, there was hope again and the belief that they could even clear the Gulch and still try to make a go of it here. After all, the horses survived so there must be water nearby.

This also proved that Virginia lied about what happened there, but is that really a surprise? Everything she's done has been built on lies so who's shocked that there was a battle at the Gulch when the survivors there refused her aid. She's proven she's ruthless and willing to kill anyone that doesn't further her cause or fit into the future she sees for herself.

Nevertheless, with the aid of the horses, the gang decided they could lead the walkers away and then maybe use them to rob Virginia and convince her to lead them away. This idea was so harebrained and terrible, we never even got a full grasp of how they thought they were going to execute it ... which also told us that it was never going to happen.

In other words, all of that drama with the herd was just delaying tactics. Sure, it cleared them out from the Gulch, but it also created temporary drama with Dwight losing his horse and being trapped on foot until Morgan dramatically came down to save him. Plus, we got to see the zombie extras having fun going down the gentle waterfalls as the walker washed away.

But that means that the whole side plot did little more than reaffirm that these guys care about one another and no life is worth less than any other. But we already knew that. 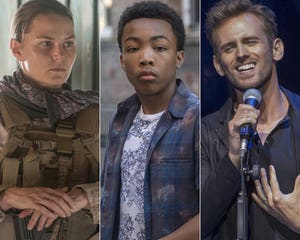 It All Falls Apart

Ultimately, nothing that happened in the episode changed anything. Yes, we got to enjoy the very sweet wedding between John and June before the inevitable end, and Wes and Alicia even pointlessly painted part of one of the buildings. But the entire episode was filler between Morgan calling Virginia to come rescue them and Virginia arriving.

Or maybe the result of the rest of it was that Victor gave her the starter for Al's van so Virginia could steal that and the rest of their convoy. We also learned that she has 817 people under her ... though this appears to largely be existing settlement she effectively conquered and took over management of (the way she tried with the Gulch).

And so we got the dramatic faceoff between Virginia's people and Morgan's people, and true to "Fear" this season, nothing really happened other than people giving speeches. Morgan demanded that she save them all or basically they would both lose. If they start to fight, both sides lose something and no one wins everything.

When Virginia finally agreed, who was surprised that her people basically treated Morgan's entire crew like criminals, forcibly separating them, herding them into different vehicle and talking down to them. This isn't rescuing survivors in need, this was clearly taking prisoners. 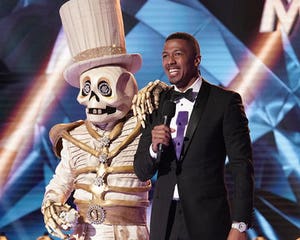 We were actually surprised Virginia came through enough to get a doctor for Grace, who she was just ready to throw away because she was sick.

So without a single shot fired, Virginia won and everyone who's come together over the past two seasons was forced into separate groups and taken away. That right there sets up a dramatically different Season 6.

Just as "The Walking Dead" has juggled different locales for years now, "Fear might now show our heroes in various different settlements. Even broken up, they're goign to have to be in groups together in these various places, which could make for interesting storytelling as we explore what life is like under Virginia's yoke.

Plus, we can then root for our survivors to find a way to overcome their oppressors, reunite and forge their own destiny again.

It's a darker place than we've ever seen any group of survivors. Have we ever had everyone captured at once by the enemy with little to no hope of freedom? Well, almost everyone. 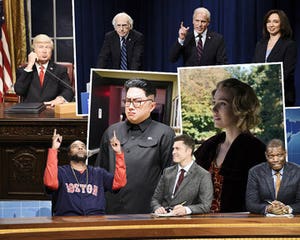 There Can Be Only One Vision

The bulk of the season has been about the differing vision for what the future needs, with Morgan representing one side and Virginia the other. And so, it was painfully obvious throughout this hour that she would have no intention of leaving Morgan alive. And once she dispatches him, what's her incentive to keep some of the others alive she doesn't deem worthy of her future?

In other words, she's a liar, a manipulator and a killer. And Morgan knew this. It's still not sitting well that they would all just agree to give up like that. Maybe the heat had gotten to their heads. Or maybe the writers were excited about Season 6 and just needed to get to that point. Still, it would have been more honorable to have an actual battle with some loss of life on both sides and then the good guys lose and get scooped up. Create some animosity.

Instead, we simply had one symbol facing off against another. And why was Virginia willing to square off alone against Morgan? Does she really not see him as a threat? Did she really think she could just kill him and move on? Maybe that's how it's worked in the past.

This time, it wasn't quite that easy. But it was pretty damned close to easy. Morgan knocked her shot off just enough that he didn't die right away. But the season closed with him bleeding out on the porch of the church where June and John got married as half a dozen or so walkers closed in. We cut to black seconds before he would have died.

So is he dead in the way Madison died (off-screen), or should we take the fact we didn't see it to mean he'll somehow survive this? If so, it's going to take intervention from someone to save him, as even Morgan isn't that much of a superhero. He did give a speech about the others living to try and motivate them, so it would be a fitting end. 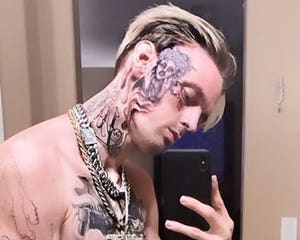 But if they wanted to give him motivation to survive, finding out Grace wasn't sick but rather pregnant instead is certainly that. It was also a chance for him to prove that his way was building toward the future, whereas Virginia would have just shot Grace dead, taking a piece of the future with her. So whose system is better?

If you're Virginia, the answer is shut up I hate your face you die now I don't ever want to see you again you're mean I hope the walkers get you.

But after her second gun misfired, she decided to leave him as walker chow. But that's cardinal rule number two in superhero stories. Batman's villains always left right before he died, leaving him a chance to save himself. So the stage is set for a dramatic rescue, or a Morgan-inspired miracle.

Will he live? Will he die? Who could save him? Will Isabelle show up with her helicopter (Virginia wants to know more about that, so she's not affiliated with them)? Rick?

We'll have to wait until Season 6 to find out. But "Dead" fans have only one week to wait for "The Walking Dead" Season 10 premiere, as the OG survivors try to "Silence the Whisperers" once and for all. Did we mention that show is firing on all cylinders these days? Yeah, this one is not so much, but there's hope for an interesting next chapter. 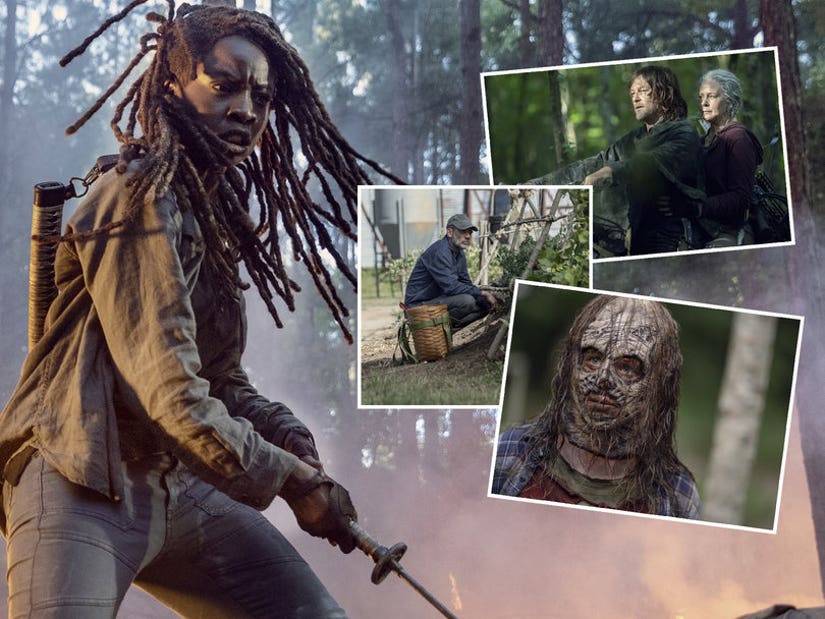