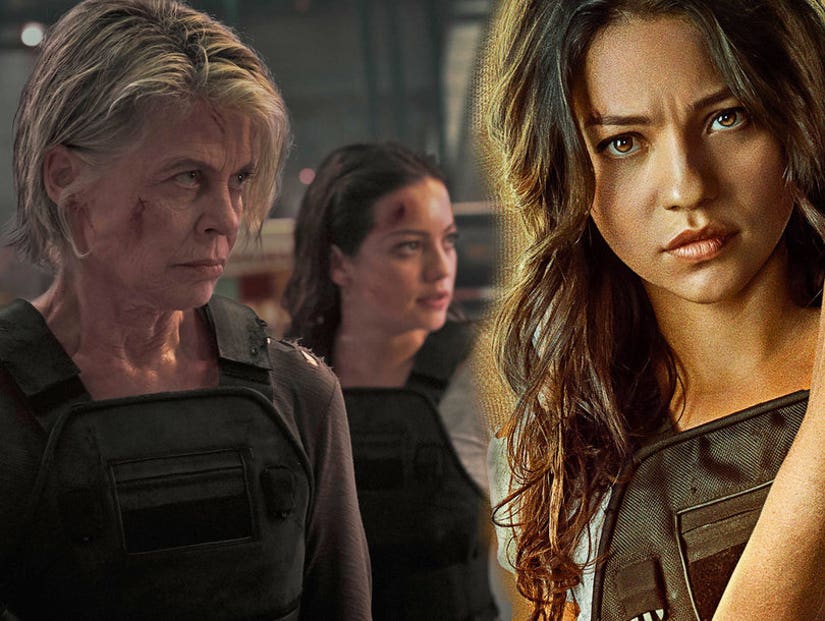 But when she did a screen test with Linda Hamilton, the picture became a little more clear.

While returning stars Linda Hamilton and Arnold Schwarzenegger knew exactly what they were signing on for when they reunited for the first time in nearly 30 years for "Terminator: Dark Fate," the same can't be said for the rest of the cast.

Star Natalia Reyes -- who plays Dani, a young Mexican woman hunted by a new breed of robot -- only learned midway through the audition process that A) she was trying out for a Terminator film, B) Linda would be returning and C) Dani is actually the central character of the film.

Noting that she didn't get too much information when she initially sent in her tape, the Colombian actress told TooFab, "I didn't really know at first it was a Terminator movie." 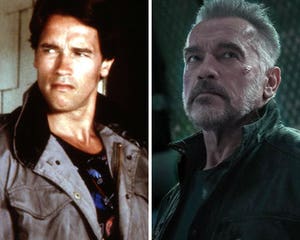 "And then I met [director Tim Miller] and came to L.A. to do this callback. And when I got here, there was Linda Hamilton auditioning with me," she explained. "That was a huge surprise. I was like, this is huge, but I didn't have the script. They didn't tell me how important the character was."

She only got a script when she went to do another screen test with Mackenzie Davis, who plays an "enhanced" human sent back in time to protect Dani. Explaining that she had to fly to Ireland to do it, as Mackenzie was working on another project there, she finally read the script during a layover in Spain.

Reyes said she was "shocked," because "as a Latina, you're used to getting stereotypes and small characters and it was like, oh no, that's not the case."

With much of the film taking place in Mexico and touching on issues of immigration, Reyes loves how the movie highlights the Latinx experience.

"I think that's one of the things that I like most about this movie. I think the 'Terminator' franchise has always been related to Mexico, Sarah Connor was always going there, there's all this Spanish," she said, likely referring to the infamous "Hasta la vista, Baby" from T2. "This time, of course, it's bigger." 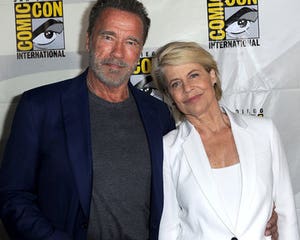 Reyes said the shift is "a reflection of how the world is changing and how Hollywood is changing," stressing how important it is to have better representation on screen. "We just want different characters and not only cliches and stereotypes of what a Latino should be doing or who we can perform," she explained, highlighting how brave, hardworking and smart her character is. "I think this is just the beginning of an era."

To prepare for the role, Reyes didn't need to hit the gym quite as much as her costars, having the luxury of being the "normal person" alongside cyborgs, the incredibly fit Sarah and "enhanced" Grace. "We all needed training and to be ready with weapons, underwater training, the cars and the doubles and all the action that we had," she explained. "It was like a month and a half of just weapons and training and gym and getting ready physically to be there for six months every day and having all these action scenes."

That being said, she had it easy compared to Davis. "I think I was training for an hour. She was training for two hours," she explained. "And also she had like three hours makeup [after that]. She was incredible."

The first big sequence the cast -- minus Arnold -- filmed was Linda's re-introduction to the franchise, which can be seen above. According to Reyes, that's when it all started to feel real.

"We were in Spain and we were all together, rehearsing and getting ready and having makeup tests and when we actually got to the first scene, it was Sarah Connor's arrival," she explained. "We'd been rehearsing and we've been together for a while and we now know each other and it was Mackenzie, Linda and I. Gabriel was also there. And Suddenly, Linda just intersects with the truck, she just comes with this bazooka. She was Sarah Connor and we were in the middle of it all and we all were like, 'Oh my gosh, we are doing a Terminator movie. She's there, Sarah Connor's back.'"

"It was the first actual scene that we did all together and it was amazing," she added, calling Hamilton a "really disciplined" actor, but also a very "loving human." According to Reyes, the two would often pass the time on set just talking about life and family and tried not to stress out over the film or how it would eventually be received.

See Reyes and the rest of the cast in action when "Terminator: Dark Fate" hits theaters Friday, November 1. 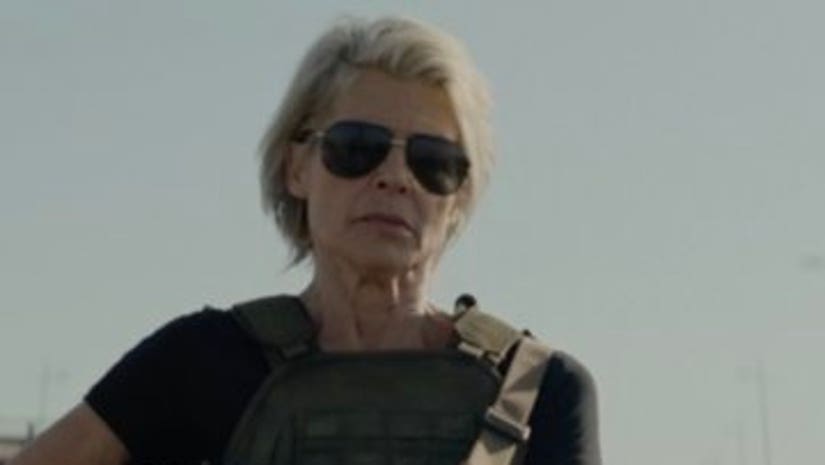