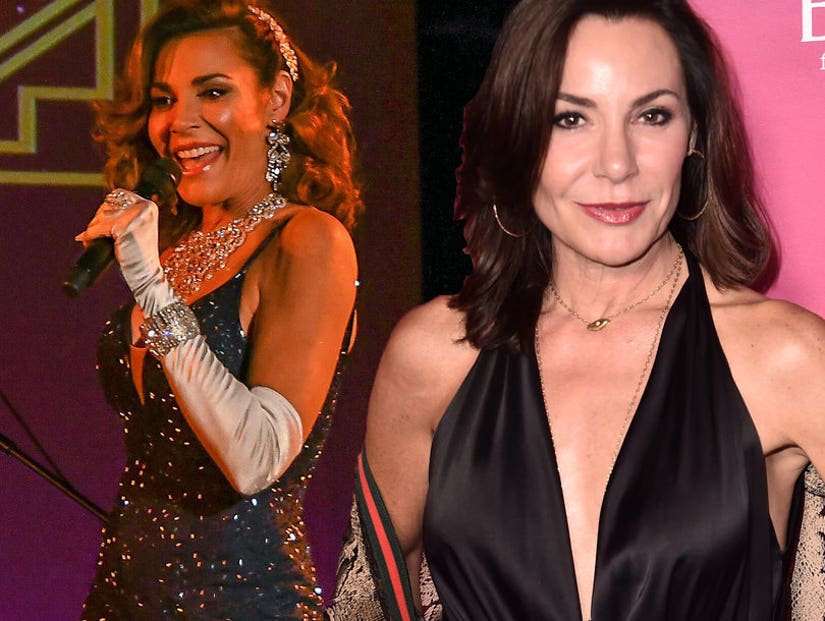 Money can't buy you class, but it can buy you tickets to Luann de Lesseps' cabaret show ... and fans have been doing just that, in droves.

"Real Housewives of New York" star Luann de Lesseps still has her fans "Feeling Jovani" with her cabaret tour, which lands at BravoCon this weekend before kicking off seasonal shows later this month.

The "Countess and Friends" show has been going strong for a year and a half now, and she has no plans to stop anytime soon. When asked how long the show could keep going, the reality star told TooFab, "You know, darling, as long as I get up on stage and people are still coming to see me!" 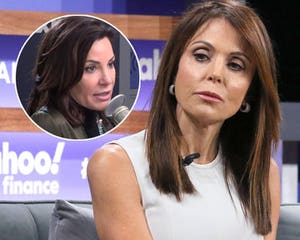 In an effort to keep it feeling fresh, de Lesseps revealed she's going to introduce a new concept for the show soon called, "F--k, Marry, Kill," inspired by the popular game many of her fans already ask her to play during the Q&A portion of her tour.

"It's a whole new concept for the show. I'm super excited about it. It's all new, and I'm having the best time," she said. "The inspiration came from the audience. Every show, I get asked who I would marry and who I would eff, and who I would kill, and I was like 'Okay, that's the next show.'

She promised the new format will include more relationship talk and some juicy stories about some of her infamous exes, noting audience members always ask about the "pirate" she hooked up with from the show's trip to to St. Bart's on Season 5. As for what she'll share about that Jack Sparrow-lookalike and other men in her life, Lu teased, "stories that you might know, but you don't know the details."

These days, she's dating her agent, Rich Super. Noting "it's never easy" to mix business with pleasure, she added, "but we're just dating, keeping it open and cool." 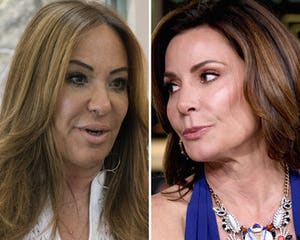 RHONY's Luann de Lesseps Dumped by Barbara Kavovit: 'She Will Never Have Me as a Friend Again'

De Lesseps is clearly thrilled about the success of the show, something she said she was initially nervous about tackling, especially following her divorce and arrest in 2017.

"Not only did I come out of the tailspin that I came out of, but I was also on a cabaret stage," she explained. "So it was nerve-wracking to be on stage first of all. And, second of all, I was also filming for my show. So, you know, no pressure!"

"It wasn't easy and, in fact, I almost completely froze up and my makeup artist said to me, 'Luann, you got this. You know the show like the back of your hand, you're going to get out there and kill it.' And so I went out there and did my thing," she recalled. "For me, I really found my calling. I love entertaining, I love telling stories to my friends, and I love doing my music."

When asked if the structure and routine the show provides is helpful for her, de Lesseps said, "Absolutely." She added, "[the show] keeps me out of trouble, it keeps me being creative. And so, I feel very lucky and fortunate to have it." 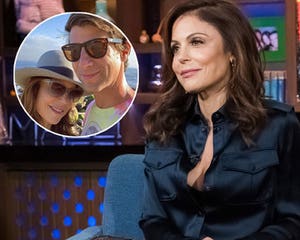 Up next is a performance on Sunday night at BravoCon, the network's first fan convention. "I'm super excited about that. It's going to be a really fun time and I added a new element to the show specifically for BravoCon," she teased, saying the game will be called "Cool or Uncool."

According to Lu, she'll be joined on stage by comedian Jade Catta-Preta, who was just named as the new host of "The Soup" on E!. Broadway actor Jelani Remy from "The Life and Times of The Temptations" will also be part of the show.

She also teased a new song on the horizon, simply saying, "I might be doing it with Desmond Child." Child is the hitmaker who collaborated on smashes like Ricky Martin's "Livin' La Vida Loca," Joan Jett & The Blackhearts' "I Hate Myself for Loving You" and Bon Jovi's "Livin' on a Prayer." In recent years, he's also worked with Zedd and Selena Gomez.

"Countess and Friends" will be coming to the Wellmont Theater in Montclair, NJ on November 30, with additional touring dates through January 2020. Click here for ticket info.