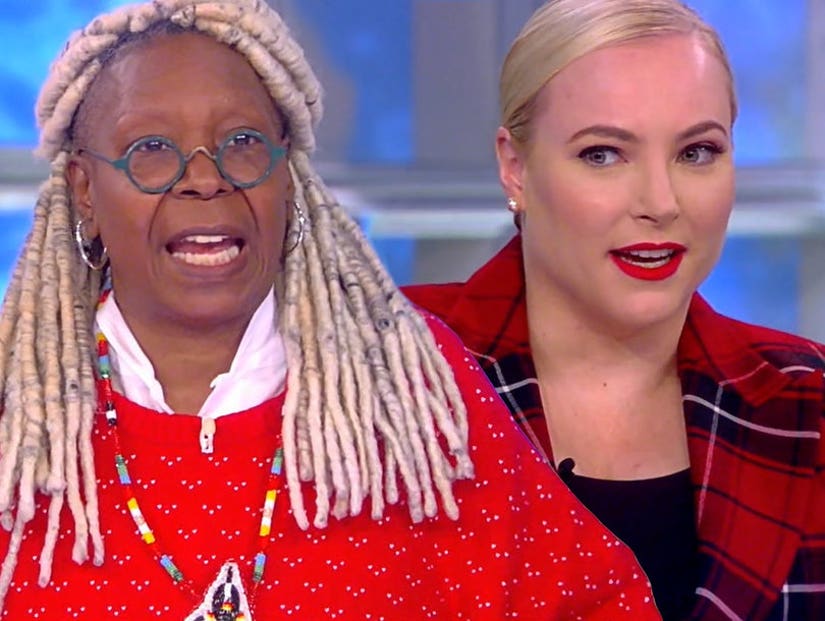 Before jumping into the Hot Topics of the day on "The View" Tuesday morning, both Whoopi Goldberg and Meghan McCain addressed becoming one themselves after their heated moment on air yesterday.

The morning show went viral on Monday after Goldberg told McCain, "Girl, please stop talking" during a conversation about impeachment. The uncomfortable exchange became a top Twitter trend all day and made headlines everywhere.

Right off the bat, Goldberg said "we're just gonna do a little cleanup before we do anything" this morning.

.@WhoopiGoldberg and @MeghanMcCain address heated comments on Monday's show: "We're really passionate — this is our jobs," Goldberg says. "Sometimes it goes off the rails — and it does."
"We fight like we're family — it's all good," McCain adds. https://t.co/f8u2wc159S pic.twitter.com/3CNUbWgiuV

"Things get heated on this show. If you watch the show, you know this has happened over the years," she began. "We're really passionate, this is our job. We come in, we talk to each other. Sometimes we're not as polite as we could be. That's just the way it is."

They both agreed the show is a microcosm of the real world.

"You're gonna be dealing with the same thing when you sit around your table and you don't agree or someone says something and it goes off the rails," Whoopi continued. "This is part of what we do. This is not an indication that women can't sit around and talk. This is not an indication that we don't know how to deal with each other on camera. This is happening on real time. Stuff happens on this show in real time. And everybody, wherever you sit in all of this, don't assume that we're over here with butcher knives under the table."

"It just doesn't work this way, this is our gig and sometimes it goes off the rails," she admitted. "Calm down, it's a TV show, we step in poopy and stuff happens and everyone just calm down." 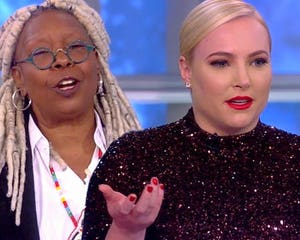 McCain was then given the floor, where she made it clear things are just fine between her and the moderator.

"Whoopi and I get along great, I love you very much, I've loved you for a long time, you were good friends with my dad, we fight like we're family," she said. "It's all good, we're not tearing the set apart, calm down, all of you. It's all good."

"I think it is a lens into what's happening politically in this country and you and I spoke this morning and America's in very heated levels right now," Meghan continued. "I don't love it, I don't think anyone at home loves it but it's raw and real and we're all passionate women. I'm hyper hyper conservative, everybody else at the table is not and sometimes we're gonna clash heads." 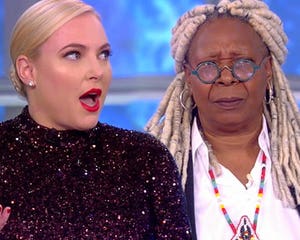 Adding that their more spirited conversations are likely what the holidays will be like for people this year, McCain then took aim at how the media covers the show's awkward moments.

"I just don't think it would happen with men," she said, calling some of the coverage "sexist" and adding, "I, for one, am over it."

In case you missed yesterday's viral moment, watch it again below: