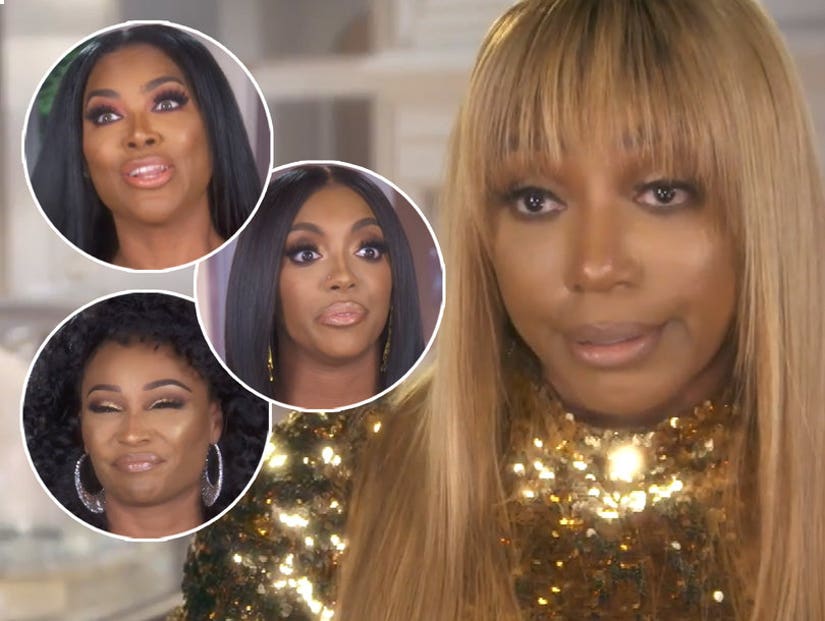 "You were fat before you got pregnant!"

Sunday's episode of "The Real Housewives of Atlanta" was certainly more entertaining than dramatic, but it wasn't without its tense friend moments and an all-important "snake" investigation.

Still in Toronto for Caribbean Carnival, Kandi Burruss FaceTimed her husband Todd and said she was worried because she didn't want to "be out there looking like a fat girl" in her revealing Carnival outfit. His response: "Believe me, ain't none of your crew slim and trim, so y'all about the same." We died.

On their way into a fitting, Tanya Sam said she "ate arugula for a week" in preparation for the big day. This was right before she fed Porsha Williams a full breakfast. Let me tell you something -- that is not a friend! JK, Tanya's a sweetheart and did a great job of organizing the whole trip. 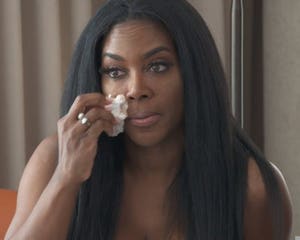 Kandi, Marlo Hampton and Yovanna Momplaisir tried on their matching silver bodysuits and looked incredible. Cynthia Bailey -- who announced she's a size 6 with a size-12 ass -- left because she thought the alleged "snake" was still "slithering" around the room. She did her fitting upstairs, by herself.

That's when NeNe Leakes asked if she could speak with Eva Marcille. NeNe ended up apologized for hurting Eva's feelings back when Eva said she was upset NeNe remained mic'd for a conversation she promised they could have privately. The two hugged it out, with NeNe even feeling Eva's pregnant belly. Marlo rolled her eyes at the whole thing.

Later, Tanya decided a great team-building exercise would be to hang off the side of a skyscraper while tethered to the roof, but as NeNe explained, she's Black, "and we don't hang off the sides of buildings." Everyone minus Kandi felt similarly, but they agreed to give it a try. Even Eva wanted to go -- but couldn't because she was very, very pregnant. 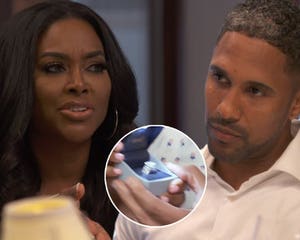 Tanya made a sweet comment about how if she had to risk her life doing an exhilarating activity, she was happy to be doing it with this group of women. NeNe did not feel the same. "I would do it with my family, not with you guys," she said.

In a later confessional, a producer asked NeNe when she learned she had a fear of heights. Her response had us on the floor:

"Honey, I been afraid of heights! All my life. When I go to the amusement park, honey, I ride the carousel. It don't climb up high, it don't go up and down hills. I sit right there with them horses and we turn in a circle and I listen to good music and eat my ice cream."

While most of the women were scaring themselves to death during their skyscraper excursion -- Kandi was the only one enjoying herself -- NeNe told Eva she wanted to try to make amends with Porsha. NeNe was saying all the right things except when she brought up the private text messages Porsha shared to Instagram at the height of their feud. The texts were ones NeNe had sent Porsha, calling her fat right after she had given birth.

"She went into all this fat-shaming and all this stuff," NeNe told Eva. "I'm like, 'No, I wasn't! You were fat before you got pregnant!'" Eva reprimanded the "mean" comment, but NeNe didn't take it back. She also said she wanted to reach some sort of "closure" with Cynthia. As far as Kenya Moore's concerned, however, NeNe has no desire to speak to her. She said she doesn't feel she owes Kenya anything, and vice versa. 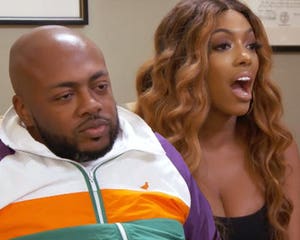 Later, Tanya's fiancé Paul arrived, and he brought along a surprise -- Dennis! This was moments after Porsha received a giant bouquet of flowers from him. Dennis showed Tanya the engagement ring he had brought, and for some reason, it looked bigger than before? He said he was planning on re-proposing, and Tanya was thrilled.

Later that night, the ladies got together on the rooftop for a "family and friend party," hosted by Tanya. Literally, every single person she's ever known from Toronto was there. When Porsha, Kenya and Kandi got up from the booth, Marlo asked them to go find her a man. "Got you. Somebody's daddy, girl!" Porsha reassuringly shouted back. "Yes!" Marlo exclaimed. "With good credit!"

While the three "cops" were trying to liquor up Yovanna in hopes she'd confess to being the "snake" that secretly recorded Cynthia talking smack about NeNe, Marlo actually did a decent job of getting NeNe and Cynthia talking. They spoke about the engagement and shared some laughs. It was nice!

On the other side of the room, Yovanna insisted she was not to blame for the secret recording but claimed to know who was. "If you know that somebody's the snake and you're not telling the rest of the group, you're fake," Porsha eventually fired at her. Yovanna maintained it was "not my place to tell."

She was able to confirm the person was in their circle but refused to say whether they were there with them in Toronto. Who is it?!? 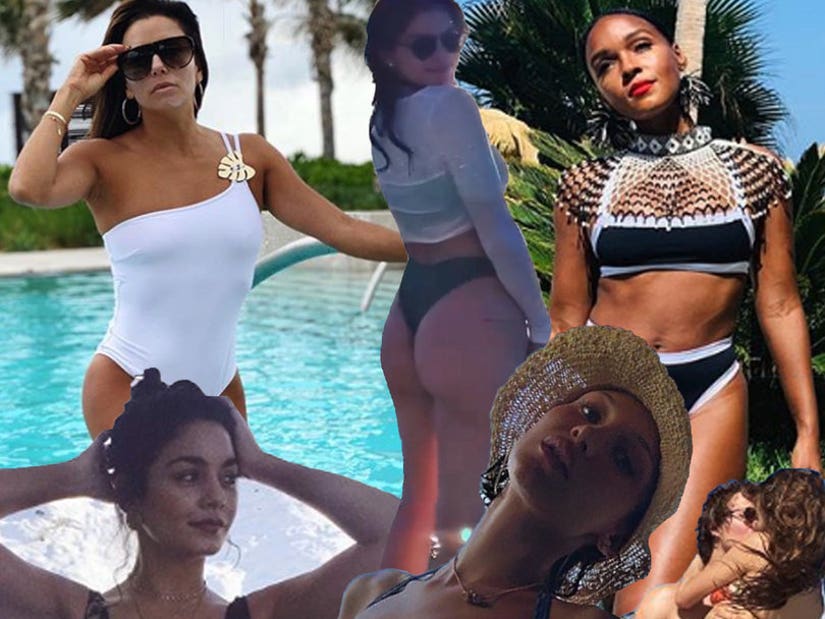