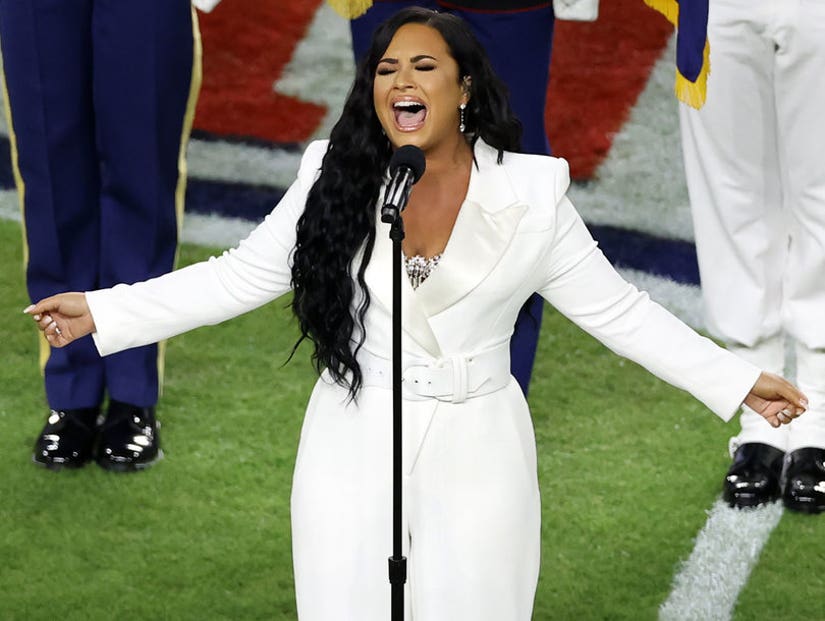 The singer followed up her big Grammy moment with another show-stopping performance.

After a powerful return to the stage at the 2020 Grammy Awards just a week prior, Demi Lovato kept her rise going with a performance of the National Anthem at the Super Bowl on Sunday in Miami.

Long story short, she crushed it: 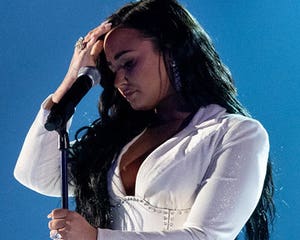 This was a dream come true for Lovato, who tweeted back in 2010, "One day, I'm gonna sing the national anthem at a super bowl. Onnnee dayyy…." Today was that day.

Here's what celebrities are saying about the performance on social media:

Today was the day. And you were incredible. #SuperBowl https://t.co/iiROep5Ly3

Yes #demilovato. That was perfect ... as are you ❤️

All my girls DOMINATED at the #SuperBowl!!!!!! 🙌🙌👏👏👏 That's what happens when a powerful female force comes together!!!!!! @ddlovato @shakira @JLo 💕

Ok Demi!!!!!!! You better saaaannngggg #SuperBowl they was beautiful

It was great seeing #DemiLovato back in such an impressive and powerful way! You rock, Demi! https://t.co/amSsOqklcE

No idea how it's sounded on tv, but here in the stadium Demi Lovato just brought the house down with the national anthem. #SuperBowl #chills

Just won money because @Demi sang the National anthem under 2 mins. So I can go home now, next up coin toss! For 400 #SuperBowl

Yolanda Adams and Demi Lovato did our nation proud at the Super Bowl opening with America the Beautiful and The National Anthem today and the military was honored
Feels like America at the football game again.

Yes #demilovato. That was perfect ... as are you ❤️

And here's how some of her biggest fans have been celebrating her appearance as well:

Demi Lovato is one of the greatest vocalists of all time, divine talent, we love you Demi! 🤍 #SuperBowl pic.twitter.com/SucveI5UbY

Demi Lovato was the best part of the whole #SuperBowl. Yes, I'm aware the game hasn't started yet.

2020 has been a big year for the 27-year-old pop star, who nearly lost her life two summers ago following an overdose in 2018. Her Grammy performance was of a song titled "Anyone" and was recorded just days before her OD. "How did nobody listen to this song and think, 'Lets help this girl?'" she said in a recent interview with New Music Daily on Apple Music's "Beats 1,", adding she was "in a state of mind where I felt like I was okay, but clearly I wasn't." She said she wished she could "go back in time and help that version of myself.""I feel like I was in denial, but then a part of me definitely knew what I was singing for," she explained. "I was singing this song, and I didn't even realize that the lyrics were so heavy and emotional until after the fact. And that's what kind of brings us to this moment.""I remember being in the hospital and listening to this song," she went on. "It was about a week after I had been in the hospital, and I was finally awake, and I just remember hearing back the songs I had just recorded and thinking, 'If there's ever a moment where I get to come back from this, I want to sing this song.'"The performance won huge acclaim as well, with many stars sending their praise Demi's way on social media. Check out some of the reactions to that one below: 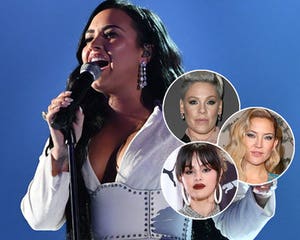