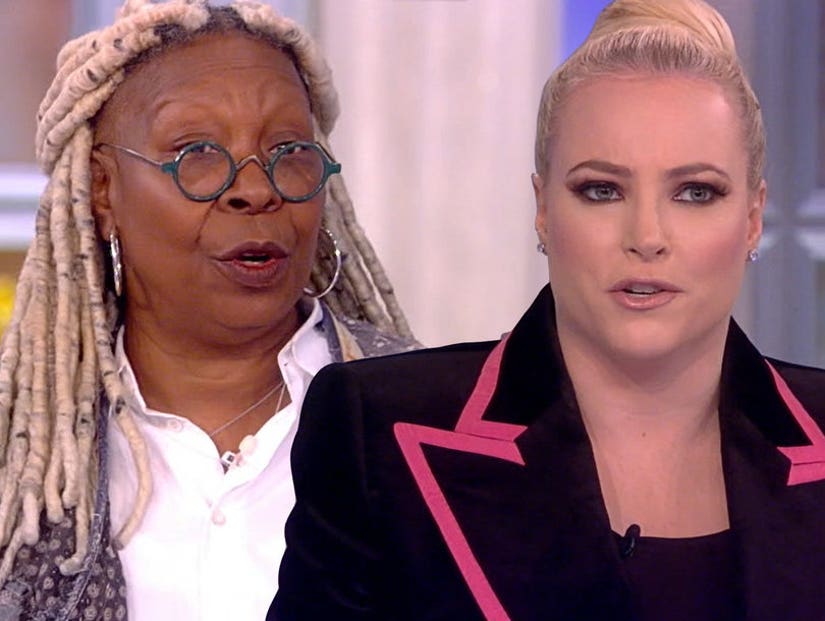 "You're half my age, so hear what I know," Goldberg said to her cohost.

Whoopi Goldberg and Meghan McCain were at odds on Thursday morning on "The View," in a debate that ended with each of them calling the other "dismissive."

The topic at hand was Mitt Romney voting to convict President Donald Trump for abuse of power during the impeachment trial, making him the first senator to vote against their own party's president. The move won accolades from the Democratic party, as well as most of the women on "The View."

ROMNEY VOTES AGAINST PARTY: After GOP Sen. Mitt Romney voted to convict Pres. Trump on the first article of impeachment, the co-hosts react to his emotional address and the president's acquittal in the Senate impeachment trial. https://t.co/UMMtPkh7hX pic.twitter.com/OpjgQ6707a

"He's standing for the country and not for the party," Whoopi said, kicking off the conversation. "He and I are probably never ever going to agree and anytime I say something nice about him, it freaks him out. I'm glad someone from that side stood up and said I don't think that's right. So, thank you."

Joy Behar said she might "have to take back every joke I ever made" about him, before Sunny Hostin praised Romney to leaning on his faith to turn a partisan impeachment into a bipartisan issue. McCain, however, was "conflicted" -- especially after watching his "Mitch" documentary, in which he said he didn't want to be "branded a loser" for life.

"I like when anyone bucks a party, I will always respect it and I think it took big cojones to do that yesterday," she began. "But it doesn't take that much profile in courage right now to vote against something that is not going to have any impact. President Trump was acquitted yesterday." 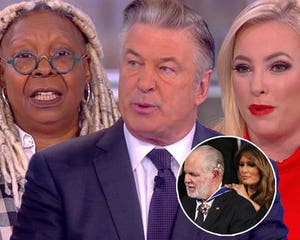 "Mitt Romney, I want to trust him, but would he still feel this way if President Trump had given him his Secretary of State position?" she asked. "His history of a flip-flopper, for people like me, I'm never gonna trust him."

Whoopi reiterated she was glad "someone stood and said no," before comparing him to the late John McCain, who also turned on his party and voted against the "skinny repeal" of the Affordable Care Act before his death.

"I'm going to give faith in him like I gave to your dad," said Whoopi, which hit a nerve with McCain. "With all due respect, Romney's nothing like my dad," she replied.

"I am giving as much faith because I don't agree with Mitt Romney, but he stood up in a way nobody else has except for your dad," Goldberg explained. "I'm just saying don't put all your bets on Romney right now, he'll break your heart like he always does," McCain replied. Here's where it started to escalate.

"I am 63 years old, I have been going through this with these people for years," Whoopi began, as Meghan interrupted saying she was 35. "Yes, and you're half my age, so hear what I know," Goldberg said in return.

"That's very dismissive ... I don't know what my age has to do with my political perspective right now. I don't think it's very nice," said Meghan. Whoopi began to reply -- saying, "It is a bit dismissive .. I'm not trying to be crappy" -- before McCain interrupted, prompting an "Oh my god" from Goldberg.

As McCain said she knew the conversation would play out like this before sitting down at the table, Whoopi tried to make it clear that "this has nothing to do personally with you." She added, "This has to do with the fact that when you say, 'Don't put all your eggs in the basket,' that's dismissive to me. I know that's not how you meant it."

When McCain said the women "hate" Romney, Whoopi exclaimed she's never hated anyone. Meghan then said she knows for a fact Joy hated Romney, as Goldberg joked, "But that's not me -- I know we look alike!"

The show then went to a commercial break, as Meghan and Joy went back and forth about who Behar hated the most. 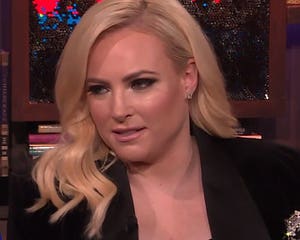