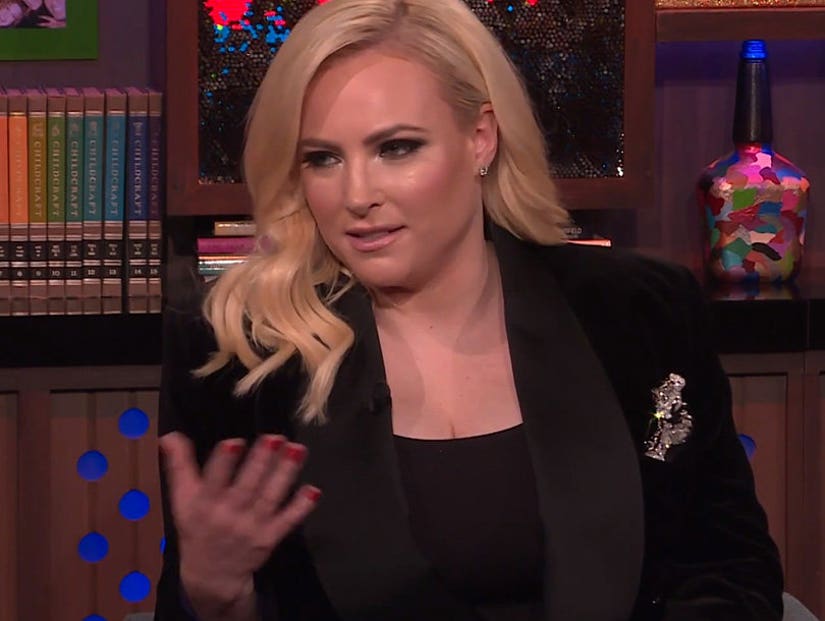 "The View" co-host breaks down her relationship with departed Abby Huntsman and Whoopi Goldberg after that viral "girl, please stop talking" moment.

As always, Meghan McCain was forthright and totally open to talking about all of the controversial moments that have swirled around her since the last time she swung by Andy Cohen's clubhouse on "Watch What Happens Live."

This time around, that meant checking in on her relationship with Abby Huntsman after speculation that the latter left "The View" over a feud between them -- and Meghan almost left -- as well as her relationship with the other co-hosts and how she felt about Whoopi Goldberg telling her to "stop talking." 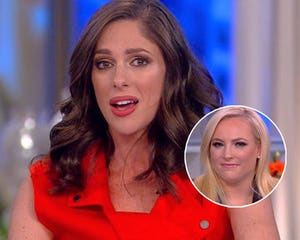 Do any of them even talk when the cameras stop rolling?

"Good lord, I mean, yes," Meghan said to this question, going on to share the example of her and Joy Behar often comparing notes in the corner during breaks "about things we hit and things we missed."

"You can't work on a show where the hosts don't speak," Meghan said.

And as for Whoopi shouting at her to "please stop talking" recently before abruptly throwing to break, Meghan said that's all water under the bridge at this point. "I'm the only conservative on the show," she said. "We're going to disagree on things."

That said, Meghan admits she didn't take getting shut down like that well, calling it "rough." But, she added that Whoopi "was having a bad day" and that they'd talked it out. 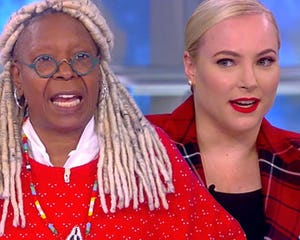 "It's live TV and it's really intense, stressful times for everyone and I adore her," Meghan said. "She apologized off-air, she apologized on-air. We all f--k up on the show."

It quickly became evident, too, that this was simply a matter of a fight between two dear friends who just also happen to be passionate about their opposing stances. But it's impossible to harbor hard feelings.

"I forgive her and I love her and I could not do the show-- If she leaves, I go," Meghan said plainly. "Like, Whoopi is the anchor of the show and my light there, and she always picks us up when we're down."

Andy point-blank asked her if there was any truth about the so-called feud between her and Abby Huntsman. Abby recently left the show, saying that she had decided she really wanted to help her father in his political campaign for governor. Meghan was quick to assure Andy that was the truth, and that she hates how the media "weaponized" their 10-year friendship like this.

"We are still very good friends," she said. "We are very close, I just talked to her yesterday morning."

Furthermore, as evidenced in her dust-ups with Whoopi, "All friendships have ups and downs, and I think it was bizarre for me and bizarre for her to have the fact that we got in one fight the two years we worked together on the show to be put under dissection in the media, to be weaponized. It's cruel." 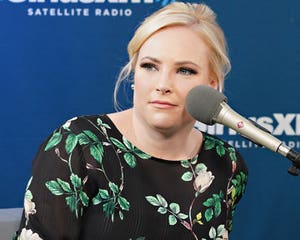 Of all the public feuds on "The View," Meghan's most famous moment came over a tweet ... and her incredible clapback.

"You were at my wedding, Denise" became such an instant classic on social media, it immediately went viral and began spreading as a meme. Meghan said that she has people shouting it out to her all the time, from the airport to the coffee shop, and she loves it.

She loves Denise, as it turns out, far less. "I actually didn't really know Denise," Meghan admitted. "She worked for my husband and she ended up coming to my wedding, which was a small wedding, which is why I felt the need to tweet that."

Even after all the publicity surrounding the exchange, Meghan says she has not spoken to Denise, and she's perfectly okay with that. "I just don't ever want to see her again, I hope she's well," she said throwing her hands up. "My wedding is the last place we'll ever see each other."