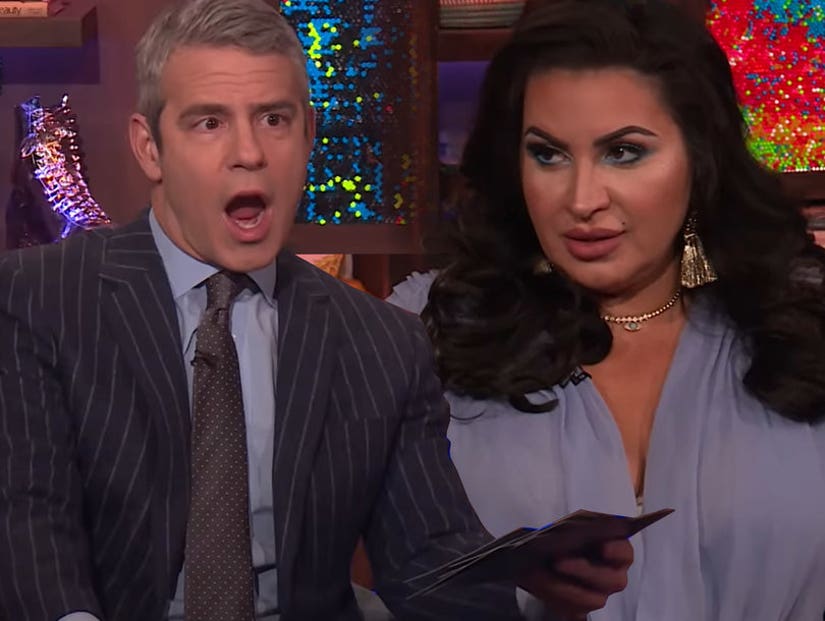 The two have been going at it with each other since May of 2019, something viewers are finally starting to see play out on Bravo's "Shahs of Sunset." While appearing on "Watch What Happens Live" on Sunday night following a new episode, MJ made it clear their bad blood will last all season long ... because they still haven't made up.

One WWHL viewer wrote in asking when MJ last spoke to her costar/former BFF -- and whether she was at all interested in "mending your friendship" with him.

"Absolutely not interested," she responded. "And shame on him, he's a coward and this apology tour he's been on is ridiculous."

"The last time I spoke to him was when he awkwardly approached me at BravoCon, very weird, very odd," she added.

Here's what Reza said about it after watching the clip:

The drama between the two began when MJ began slamming her costars -- and Reza in particular -- after she gave birth to her son, Shams Francis Feight, weeks ahead of schedule. She said Reza blocked her on social media at the time and nobody else from the show reached out to her to see how she was doing. It all escalated from there, with MJ's husband allegedly vandalizing Reza's house, leading to Reza getting a restraining order against him.

Reza, it appears, believes MJ had something to do with rumors his husband, Adam, had been sending nude photos and playing strip Jenga with other men while he was out of town. He says that's what put a wedge between them.

.@MercedesJavid Sets the Record Straight on What Caused the 'Demise' with Reza: 'Many Moments' #RealityCheck pic.twitter.com/aThOsOvz5D

In an interview with PEOPLE last week, Javid said she's not in a marriage with them and her issues with Reza got back further than the Adam debacle.

"There are many moments of him betraying me and him betraying my trust or not believing," she said at the time. "Wait and see, not showing up, so many opportunities to just do the right thing."

"It's a little weird to me, I'm not in a threeway marriage with them, so why is that the beginning of the demise?" she wondered. "Why isn't the focus on the actual people. I don't like even the mere suggestion of what he's saying when he's saying that. I think it's really the wrong approach."

Since the two have yet to really hash things out, the "Shahs of Sunset" reunion should be a doozy -- with Mike Shouhed joking to TooFab that they may all need "armed security" when it's time to film.