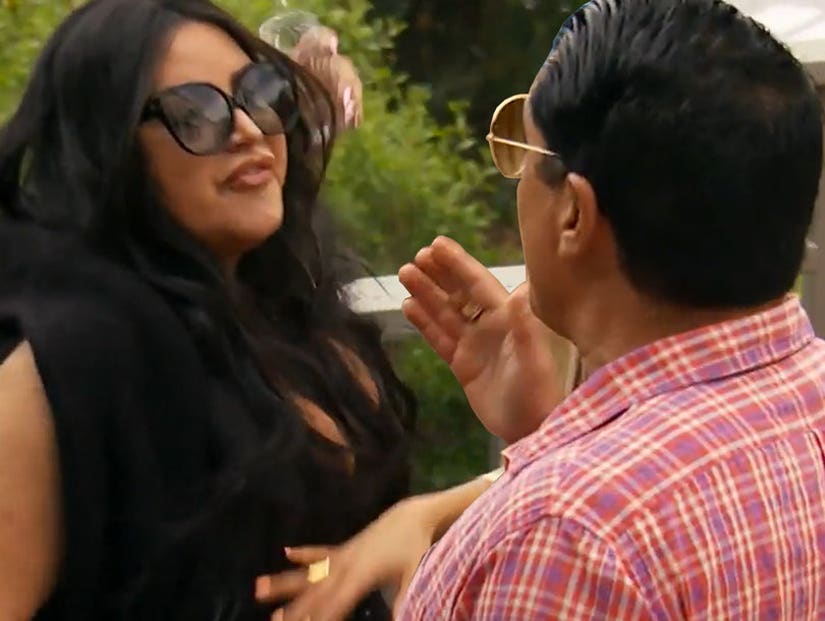 The biggest fireworks are yet to come this season on Shahs of Sunset.

The MJ-Reza feud that's been simmering across the first couple episodes of "Shahs of Sunset" this season isn't going anywhere anytime soon.

The backstory: Destiney Rose's friend Ali Ashouri claimed Reza's husband Adam had been sharing nude photos and playing strip Jenga with other men behind Reza's back. Adam said it was all done in a joking manner, with Reza calling him "stupid" for his actions. Ashouri later said he felt sexually harassed, a turn of events MJ has been accused of orchestrating.

MJ has been largely quiet on the allegations so far, as she's been in the post-natal ICU after giving birth to son Shams so far this season. But it looks like when she and her former BFF run into each other at a pool party, all hell breaks loose.

"Go back to your stupid husband, cheat on each other, go to bathhouses," MJ flings at Reza in the sneak peek. "Go home and watch your baby, bitch! What are you doing here?" he barks back.

In the footage, he goes on to call her a "liar," while she calls him a "f--king asshole" in confessionals. Golnesa "GG" Gharachedaghi, it seems, is having a hard time knowing who to believe.

The trailer also shows MJ's husband vandalizing Reza's home and Destiney getting caught up in the drama and possibly hooking up with new Sara Jeihooni's brother. 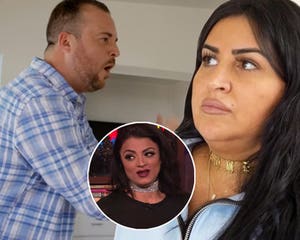