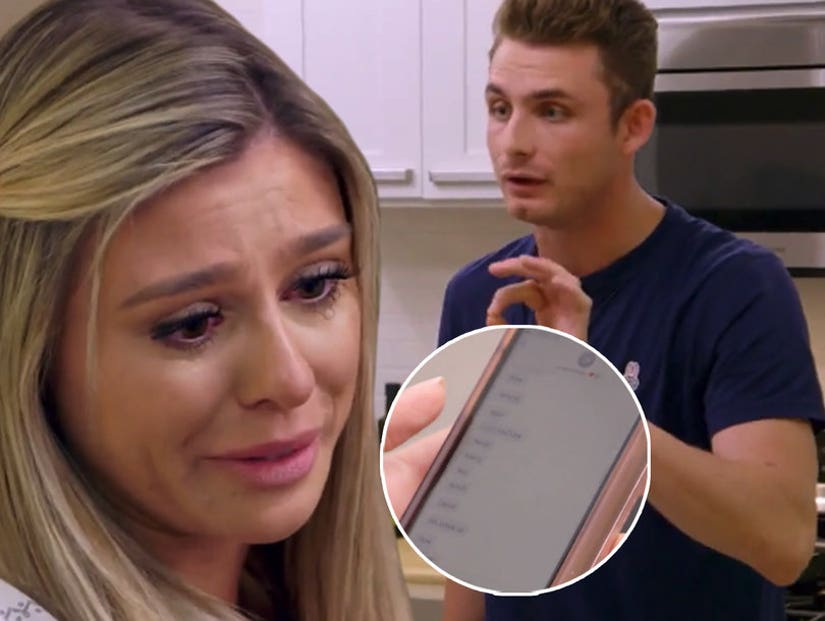 After reading the texts into the camera, Raquel's costars tell her she deserves better.

Speaking with costars Dayna Kathan and Danica Dow at SUR, Raquel explained that she "drank way too much" the night before and "blacked out," leaving her phone in her purse when she got home. The next morning, she woke up to "a million texts" from her other half, calling her things like "whore" and "slut."

Dayna was shocked, telling Leviss she "deserves better treatment" and added, "F--k that!" In a confessional, Kathan said that she didn't care whether James was drunk too when he sent those messages, "no one should be talking to you that way if they love you."

In her own confessional, Raquel said she hadn't even read all the texts herself, before a producer off-screen asked her to pull out her phone and relay the messages. Here's what she read: "F--k you, where are you? I'm breaking up with you. Whore. Slut whore. F--k you."

Reading them back, Leviss said the messages "literally" made her want to vomit. 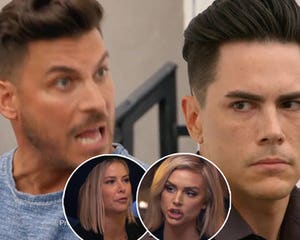 Like a good reality star, Raquel decided to confront her boyfriend about his messages during Ariana Madix's birthday party. "The way you texted me was completely inappropriate," she said to him. "Had you just answered your phone, I wouldn't have been so triggered," he shot back, adding that he doesn't "trust anyone when they're that drunk."

That was the end of the conversation at Ariana's bash, but Raquel brought it up to Madix herself at work the next day. She seemed to take on some of the blame for the texts, as she told Ariana, "If I didn't get drunk and kept him updated throughout the night then he wouldn't have drank."

"But it isn't your fault, that's on him," Ariana told her, before Raquel showed her even more messages James had sent. Among them: "I hate you," "I'm breaking up with you, "I'll never marry you." Having experience herself in a verbally abusive relationship, Ariana told her "it's only a matter of time" until Raquel starts believing some of the things she's being told.

Raquel called it "the last straw," before confronting James again at home.

"I'm not going to pretend it didn't happen to make you feel better," she said. "I say a lot of things to people when I'm drunk," he countered, "I'm never mean to you when I'm sober, am I? I give you a tone, that's my personality babe, I'm from England, I get a tone. That's just who I am. If you don't love me for who I am, buh bye."

After she said he should be embarrassed by his actions, James asked, "You're telling me to stop drinking?" She said yes, before he said he was "over this conversation" and walked out. Raquel began crying, as she then said in a confessional, "I'm like the one person who like stands by him and gives him so many chances. Like, that hurts."

When he eventually returned, she explained why she was so worried about his drinking. "I think about the way you talk to me when you're drunk, it scares me because if we have kids together, I don't want to put them in any situation relatively close to that," she explained.

"If you can't get your shit together, then we will break up," she told him. Raquel also said she wanted them to attend Al-Anon -- an organization for those who are worried about someone with a drinking problem -- meetings together.

He agreed to go to a meeting and to stop drinking, admitting in a confessional that it's time to really take the situation "seriously."