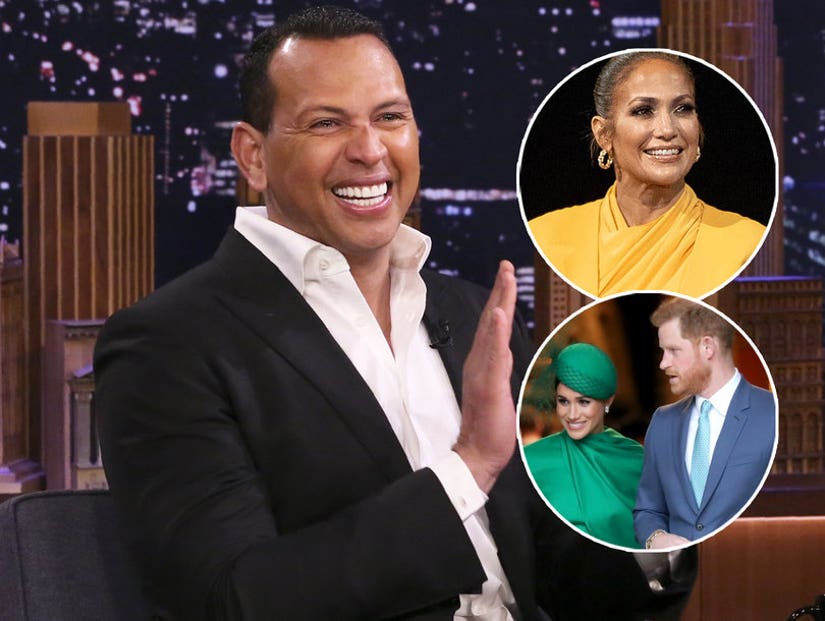 While participating in segment titled "Q&A-Rod" on "The Tonight Show with Jimmy Fallon," Monday night, the former MLB star was asked to the record straight on the rumors that he and fiancee Jennifer Lopez had a double date with Prince Harry and Meghan Markle.

"Did you and Jennifer Lopez recently go on a double date with Prince Harry and Meghan Markle?" host Jimmy Fallon asked. "And if so, who paid?"

A-Rod paused as he looked at the studio audience. "I signed an NDA," he said with a laugh. "Non-disclosure."

"I'll take that as you did," Fallon replied.

Also during the game, the late-night host asked Rodriguez if he and J.Lo plan on having a "choreographed dance" at their wedding.

"NDA," Rodriguez joked. "I can't talk about the wedding, I wanna be able to get home!" 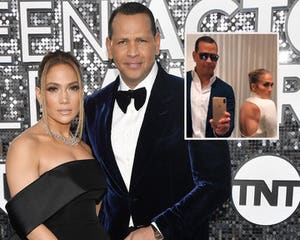 "It was awesome to watch her because for five and a half or six months she was prepping at a level. It was like she was Rocky going to go fight the Russian," Rodriguez said. "She was lean, she was mean and she would start her job at 2:00 in the afternoon, her dances and she would come home around 3:00 or 4:00 in the morning and with bruises everywhere.

"It was just remarkable. I was so nervous for her," he admitted. "It's like, you know, getting ready for the Olympics."

Fallon also brought up the couple's hilarious TikTok video from Sunday night, where participated in the "Flip the Switch" challenge.

"You broke the internet. You really did," Fallon said. "That's the best! That was the best thing. I love it!"

In addition to his "Tonight Show" appearance, A-Rod took to Instagram Monday night to take a look back his proposal to J.Lo one year later.

Captioning a sweet video, which was set to the song "My Girl," Rodrigez wrote, "One year ago on a beach in the Bahamas…. I was a nervous wreck, more nervous than my entire playing career, I got down on one knee and asked you a question... you said yes ❤️"

"Jennifer, every moment with you is a blessing. You are my best friend, my inspiration, an amazing mother, and a role model to all," he continued. "Macha, I am so lucky to be with you. Thank you for making my life better. I can't wait to make more memories with you. .I love you. #HappyAnniversary ❤️ 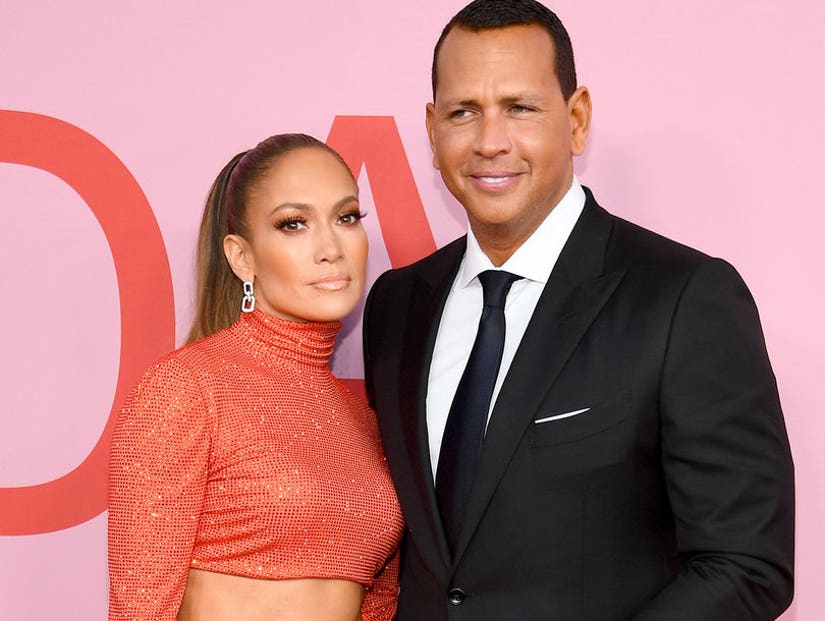