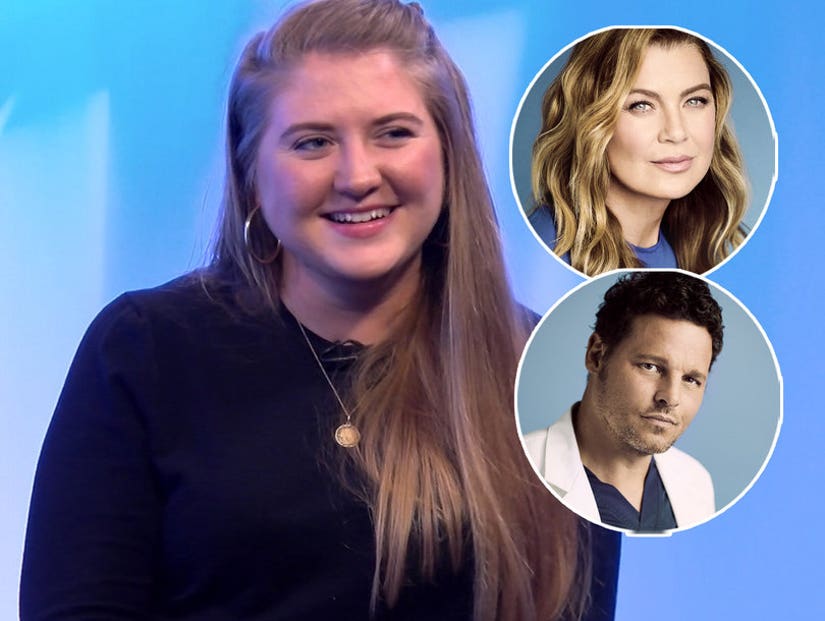 The actress also revealed how the coronavirus is affecting the medical drama's production during its 16th season.

"Grey's Anatomy" always brings the drama, but the long-running show has recently upped its dosage, with a secret crush being revealed and a fan-panned exit of one of its most beloved resident MDs.

Thankfully, Jaicy Elliot, aka Dr. Taryn Helm, stopped by TooFab to dish on all the dirt being scrubbed at Grey Sloan Memorial Hospital, as she opened up about her character's affection for Dr. Meredith Grey (Ellen Pompeo), the LGBTQ support she has received from her portrayal and, of course, the shocking exit of Justin Chambers.

"I loved working with Justin, I'm always sad to see a character leave on 'Grey','" Jaicy recalled upon hearing the news Justin was leaving after 15 years on the medical drama. "It's never a good time, especially a character that's been with us for so long. He brought such a specific energy to the show, and I think that that's always sad to lose." 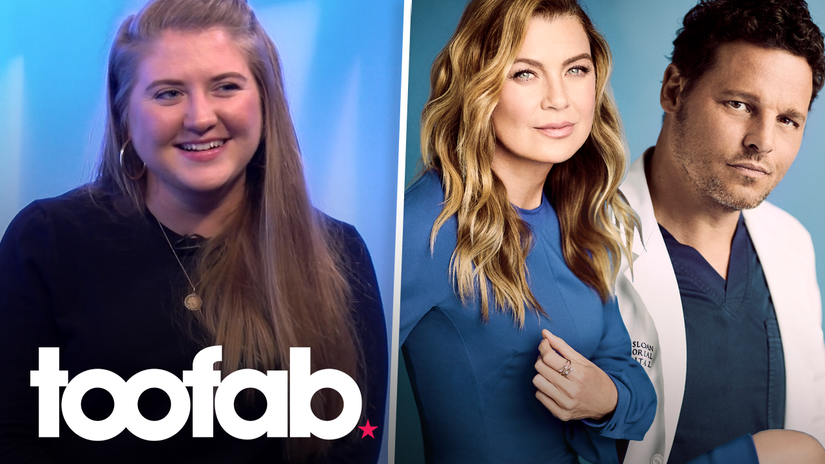 As to whether the departure was a surprise to the cast and staff, she recalled, "It was unexpected for everyone. I loved his relationship with Jo and they just got married on the show, and so I had so many feelings, also being a fan of the show for so long."

When TooFab sat down with Jaicy on Thursday, the final fate of Chambers' Dr. Alex Karev was going to be revealed on the episode that night, and she was highly anticipating it unfolding.

"I am excited about tonight's episode," she said with a smile. "I've been looking forward to this. It's going to be really good." 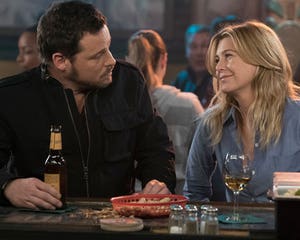 After the episode aired, a large portion of fans, however, slammed the controversial explanation for his absence -- Chambers was last seen in an episode in November.

Through a series of letters written to characters on the show, we come to find out Alex had abruptly left his wife, Jo (Camilla Luddington), to reunite and live with his first wife Izzie Stevens (Katherine Heigl) on a farm in Kansas. The correspondence also revealed he was the father to Izzie's 5-year-old twins.

But Jaicy wasn't alone in her diagnosis of the installment, as Ellen Pompeo took to social media to applaud the writers for "the best possible storyline," which "paid homage to those incredible first years and the incredible cast."

And although Jaicy is a relatively recent addition to the "incredible cast," her character has quickly become a fan favorite, as Dr. Taryn has had an adorable crush on Dr. Meredith since her arrival.

In a recent episode, Dr. Taryn -- with a little liquid courage -- confessed her feelings to Dr. Meredith, which Jaicy thought was a great story line, since the LGBTQ crush was presented as normalized. 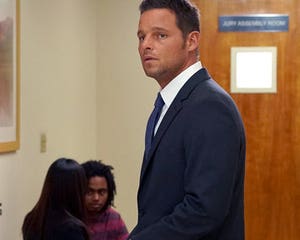 "I like that it's not necessarily talked about," Jaicy told TooFab about her character's sexuality. "I don't think it's a big deal — it shouldn't be a big deal, ya know? And I think that's kind of how Meredith takes it on the show. She finds out about it and just lets it go because she can see the doctor in Taryn rather than just this drunk mess," Jaicy added with a laugh. "And she doesn't hold it against her which I think is really cool."

Jaicy detailed how she has had fans come up to her and thanked her for representing the LGBTQ community, which she says is the best part of her job.

Lastly, the actress revealed the coronavirus has not affected "Grey's Anatomy" production, which is currently shooting its 16th season. 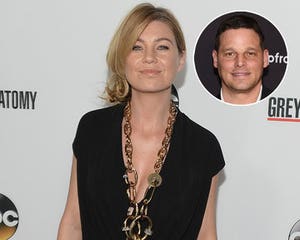 "As long as it's not forbidden to go out, I think we'll keep working," she explained.

Although the virus has not personally affected her or her family in France, Jaicy is concerned for her friends in Italy, where a nation-wide lockdown was recently instated.

"I think everybody is worried about it. It's terrible those people who suffered from it. And I hope we find a cure."

Check out the full interview above! 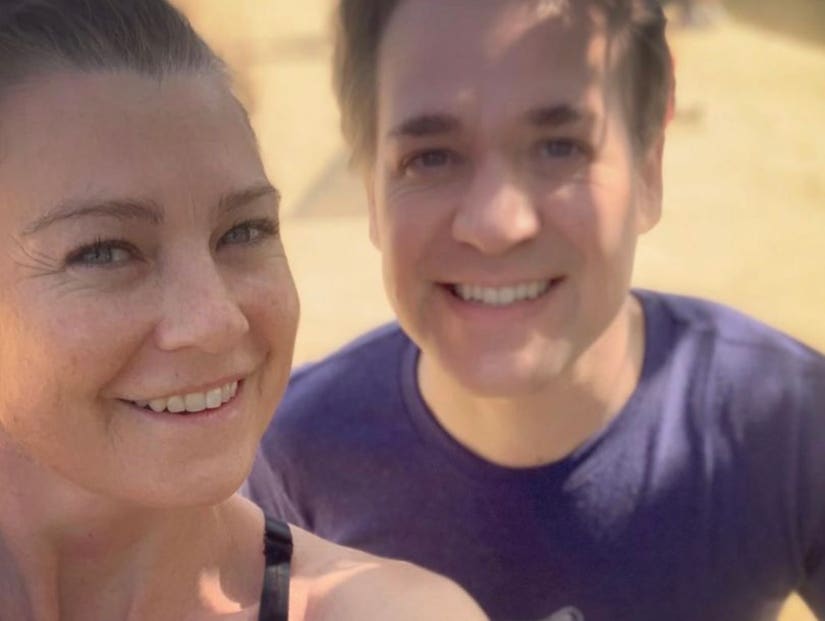