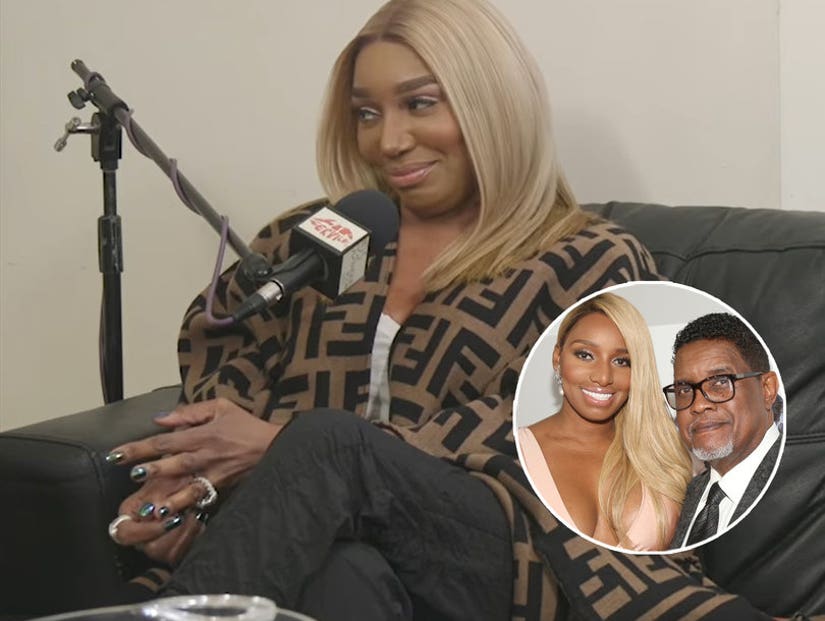 In a new interview, she also spills on the "open marriage" talk she had with her husband.

NeNe Leakes just confirmed she and husband Gregg had some marriage woes just last summer, following a very cryptic tweet at the time.

Appearing on the Lip Service podcast this week, the "Real Housewives of Atlanta" star revealed she found out Gregg was speaking to another woman -- who worked for her -- behind her back.

She first alluded to the drama in June 2019, tweeting, "U find out ur husband/boyfriend been talkin on the phone regularly to 1 of ur female employees as 'just a friend' but u had no knowledge of it, did he cross any lines? Askin 4 a friend since y'all know EVERYTHING (but he said, we never talked sex! I just needed some1 to talk 2." This week, she confirmed that so-called "friend" was, in fact, herself.

Explaining she opened a new store in Maryland at the time, Leakes said she put Gregg in charge of hiring employees. One of the women he hired, NeNe remembered thinking was "cute" and totally her husband's "type." After this woman -- who NeNe simply calls "Juanita" on the podcast -- got into a tiff with a gay male employee, he called her out in front of the staff for speaking with Gregg on the DL.

"The gay guy said, 'I don't appreciate you calling me a queen,'" NeNe recalled. "He said listen, 'You wouldn't want to do that because you know I know your secret.' He was like, 'How about you and Mr. Gregg be FaceTiming and talking?'"

Upon hearing this, NeNe said she called Gregg immediately. "So, you've been talking to Juanita," she asked him on speakerphone. "He said, 'No! I never talked to her.' And I was like 'Okay, you have. Bye.' He went insane, after one question, he was screaming going crazy and then her phone beeped. She picked up the phone."

That was all the confirmation NeNe needed, as she told the woman, "You know what you need to do, don't you?" Juanita wanted to talk it out with Leakes, but she wasn't having it. "I said, 'You need to drop your keys and your badge' and that little gay boy was like, 'I'll show you the door' and she went out the door gracefully." 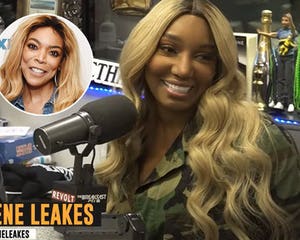 Gregg eventually copped to speaking with the woman on the phone, but claimed they "never talked about sex." His reasoning for speaking to the woman: "Because you weren't here for me to talk to." After that, NeNe and her husband didn't speak "for a couple months."

She went on to say that if you're going to step out on your wife, don't do it with someone in her inner circle. "There's a lot of women in the world, go talk to that woman way over there," said Leakes. That out of sight, out of mind mentality is one NeNe kept alive when asked if she'd ever give Gregg a "hall pass."

"Gregg has took passes that I didn't even give him," she explained. "I like to talk open relationships and I have talked about that with Gregg. I've said to him, 'If you're going to cheat, your relationship is open anyway, so why not call it an open marriage?' He said, 'Hell no, I don't want anyone eating out of my garden. 'Well, they might eat out of your garden and you don't know about it then."

NeNe said if Gregg told her he wanted to be with someone else, she would say "Go right on." She explained, "Why am I going to try and keep him from doing something that he wants to do? Then I would have to make a choice myself if I want to stay and I probably would stay with him."

"I do what I want anyway. And I don't want to hear what he's doing about anyway," she continued. "I'm in New York and he's in Georgia. I'll leave here and go to DC, I'll leave here and go to the next city. Whatever he's doing I don't need to know about it. We've really had these conversations. We had real conversations like this. At this point, if you are doing anything, just as long as I don't know about it. You are being really disrespectful if I find out about it."

All that being said, Leakes said she knows her husband loves her and she does not "believe he would do anything at this point." She then joked, "But if he did, I'd be fine, I'd pay him back though."

The employee drama will play out later this season on "RHOA," which airs Sundays on Bravo. 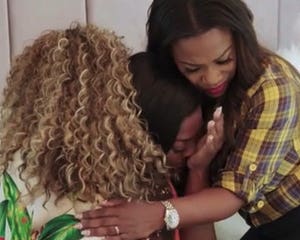