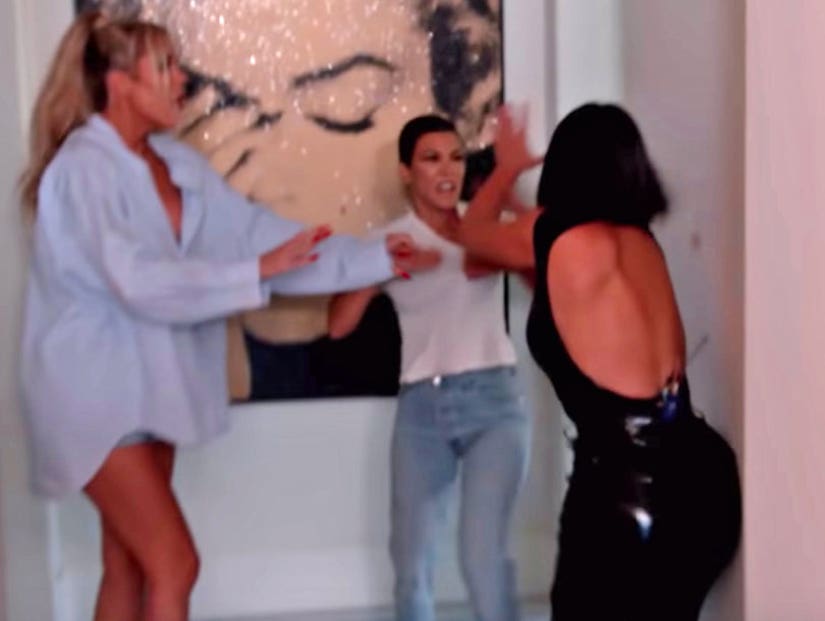 A discussion about Kylie led to an all-out war between the two sisters.

Kim Kardashian managed to tick off both Kendall Jenner and Kourtney Kardashian at the same time, while slightly shading Kylie Jenner too.

In a preview clip from tonight's "Keeping Up with the Kardashians" season premiere, Kim aggravates her sisters while discussing Kylie bailing out on her obligations at the Balmain show at Paris Fashion Week because she was sick.

"If I were on my death bed, I would still show up. Mom is so used to me, Kourtney ...uh ... me and Khloe going on our death beds," she said to Kendall, saying Jenner even sometimes flakes because of her anxiety.

"I will literally come at you right now," said Kendall, who was not having Kim's POV. "I've been sick as f--k, having major panic attacks, I work my f--king ass off whether I'm sick or not."

After Kim explained in a confessional that, unlike Kylie, she and Khloe "would have gone no matter how sick we are," Kourtney jumped into the conversation and asked her sister to clarify her remarks. 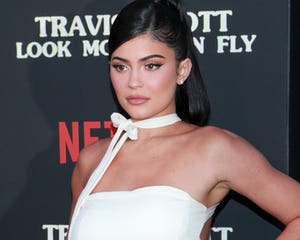 "You don't care about stuff. If it's a Saturday ..." Kim began, before Kourtney cut her off. "You act like I don't do shit. You have this f--king narrative in your mind," she shot back, "I will literally f--k you up if you mention it again."

As Kim reacted with laughter to her sister's anger, Kourtney shouted, "Shut the f--k up and don't laugh like that, you look like a freak. Change the narrative in your mind, I work my f--king ass off."

In a confessional, Kourtney said she was over the narrative that Kim is the "only one with work ethic" and she's "better because she works more." Then, throwing a bottle at Kim, she told her, "Also if I didn't want to work my ass off and I wanted to be a stay at home mom, that's f--king fine you f--ing literal c--t."

While it's not in this footage, the confrontation immediately rolls into their physical fight, where punches and kicks were thrown between the two. The altercation, which has been teased already, will air in full on tonight's "KUWTK" premiere.