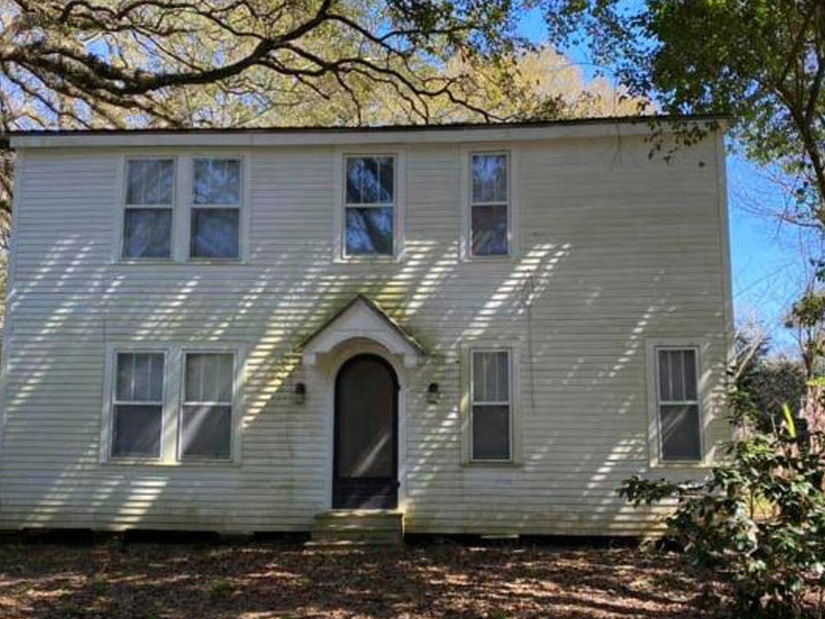 The 4-bedroom abode is referred to as "Amityville" by locals

A real estate firm in Louisiana is having a tough time giving a house away for free, as it has a bit of a reputation as being "haunted."

After Sylvia McLain posted an advertisement for the complimentary abode on her Facebook page, the comments section was flooded with former residents and locals telling tales of its supernatural properties, with some referring to it as "Amityville."

"I was the last tenant that lived there before it was abandoned, " wrote Gypsy Dawn. "The property was heaven but that house is quite unsettling if you don’t enjoy communing with the Spirit world because they speak loudly."

McLain --  who said the new owners have to relocate the house to get it at no cost -- recalled hearing the creepy stories about the manor, which is said to be inhabited by the spirit of an elderly woman, according to The Mirror.

Dawn Vallot DeClouet claims the elderly woman roaming around is her great-grandmother, Alida.

"This is my family's house," she wrote in the Facebook comments section. "My grandparents, Joe and Lula Vallot built it and my Dad, Earl Vallot was raised here."

"Our hope and prayer is that someone who appreciates great 1930 architecture will be moved to move this house and restore it. One added benefit is that it is inhabited by the spirit of my great grandmother, Alida Vincent Vincent, who was raised on this land and who lived and died in this house."

Per the news outlet, DeClouet claims Alida likes to meddle in the kitchen, spooking owners unaware that a spirit is literally stirring the pot.

"When we lived there, we used to hear her all the time jangling the pots when we had something on the stove."

"You could hear somebody picking up the lid but there was nobody in the kitchen."

When one Facebook user commented, "Bet its haunted as hell," Gary Alleman replied, "Yes it is. I experienced three things there that could not be explained and my friend that lived there had more than that. We actually experienced one together and we still talk about it."

Another follower believed relocating the house would help rid it of any spirits.

"Most likely the haunting will stay attached to the land and whoever lives in the new home they build will deal with it."

Beverly Piryns, however, is just fine if the spirits remain, as she commented, "I want it so badly bcs i don't believe in ghosts and if it is true okey than i will never be alone again."

A few interested in the house backed down after it was quoted in the comments section at around $80,000 to have it relocated.

If a brave someone happens to have the cash to up and move the dwelling, there are other suggestions to keeping it relatively "haunt-less."

"Spray all door ways with olive oil, they say it gets rid of ghosts. Jesus feet was washed with olive oil its holy. Just a thought," commented a fan.