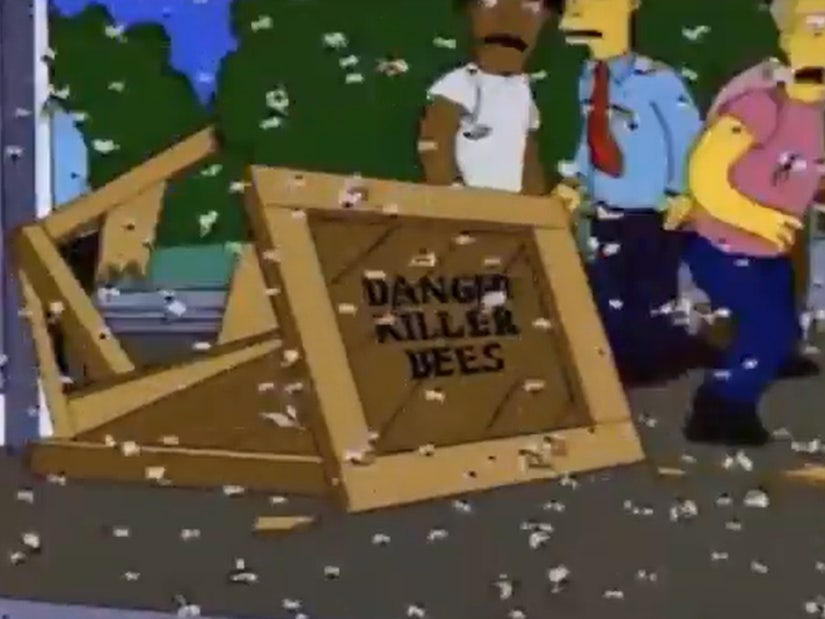 A former writer for "The Simpsons" finally admitted the show pretty much predicted 2020.

On Tuesday, a fan of the show took to Twitter to post a clip from the 1993 episode entitled "Marge in Chains," where an angry mob -- looking for a cure for the "Osaka flu" -- knocks over a box of "killer bees," which, according to many online followers, prophesied the arrival of "murder hornets" to the U.S. last week.

"S--t the simpsons really did predict 2020," read the caption, as Bill Oakley, a longtime scribe of the show, commented, "ok fine. I guess we did."

The Season 4 episode made the rounds on social media earlier this year, as followers compared the "Osaka flu" plot line to the current coronavirus pandemic.

During the episode, a Japanese factory worker sneezes into boxes headed to Springfield, where the residents contract the disease, and hoping for a cure, unleash a box of the homicidal insects.

When the residents chant, "We need a cure," the town's head medical authority, Dr. Hibbert, laughs and says, "Why the only cure is bed rest," which online theorists compared to Donald Trump pushing Hydroxychloroquine as an untested cure.

Even the part where Mayor Quimby doesn't take the epidemic too seriously appeared to echo Trump's initial reaction to the coronavirus, per social media users.

Some people tweeted “he cut out the punchline”

AND they predicted President* Trump.

This either means that the writers of The Simpsons are clairvoyant, or - more likely - it just proves that we really are living in the stupidest possible timeline.

Speaking of Trump, "The Simpsons" predicted he would be President in another episode from 2000.

The show has also been said to have predicted Super Bowl wins, a baby translator, autocorrect, smart watches, Disney buying Fox, voting booth fraud and an Olympic medal in curling for the U.S., according to The Huffington Post.

Oakley, however, dismissed the comparison of "Marge in Chains" to the coronavirus pandemic at first, back in March.

"I don't like it being used for nefarious purposes," he explained to The Hollywood Reporter. "The idea that anyone misappropriates it to make coronavirus seem like an Asian plot is terrible. In terms of trying to place blame on Asia — I think that is gross."

"It was meant to be absurd that someone could cough into a box and the virus would survive for six to eight weeks in the box," he continued. "We intentionally made it cartoonish because we wanted it to be silly and not scary, and not carry any of these bad associations along with it, which is why the virus itself was acting like a cartoon character and behaving in extremely unrealistic ways."