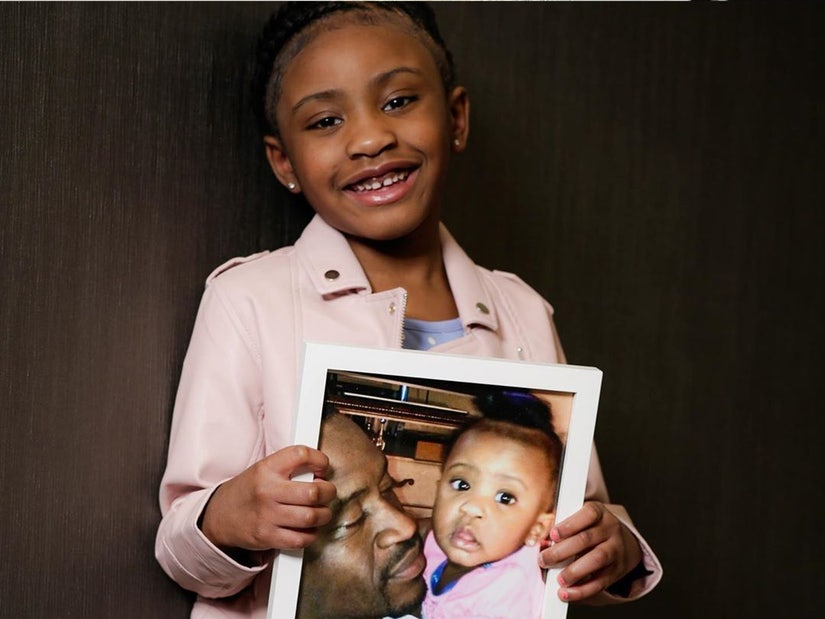 "He was strong and good and good to me. And he was fun."

Taking to her Instagram account on Sunday, the 6-year-old wished her dad a "Happy Father's Day in Heaven," sharing a heartwarming throwback photo with her father. The post included a polaroid picture of George holding a baby Gianna. Sitting next to the polaroid was one of Gianna's toys: a stuffed pink unicorn named Rainbow.

"Happy Father's Day in Heaven Daddy... look I took a picture of us with Rainbow on my first photo lesson," she captioned the post, below. "I hope you love it 💕#justiceforgeorgefloyd."

In another Father's Day post, the young girl shared some of her favorite memories of her father.

"When I was a little baby, dad would do everything for me. Like change my diaper and feed me all of the time and put me to bed," she recalled in a video from a recent interview. "When it was time for my birthday to happen, when I was a baby and it was time for my birthday, he would take me to Chuck E. Cheese and he would let me play all the games."

"He was strong and good and good to me. And he was fun," Gianna continued. "And he's always going to be fun."

Roxie Washington, Gianna's mother, who seemingly runs the 6-year-old's account, added in the post's caption, "Today is a very hard day for GiGi but she is so strong and smiling with her head high."

There have been ongoing protests against police brutality and racial injustice following the death of Floyd, an unarmed Black man who died after a white officer kneeled on his neck for several minutes during an arrest on May 25.