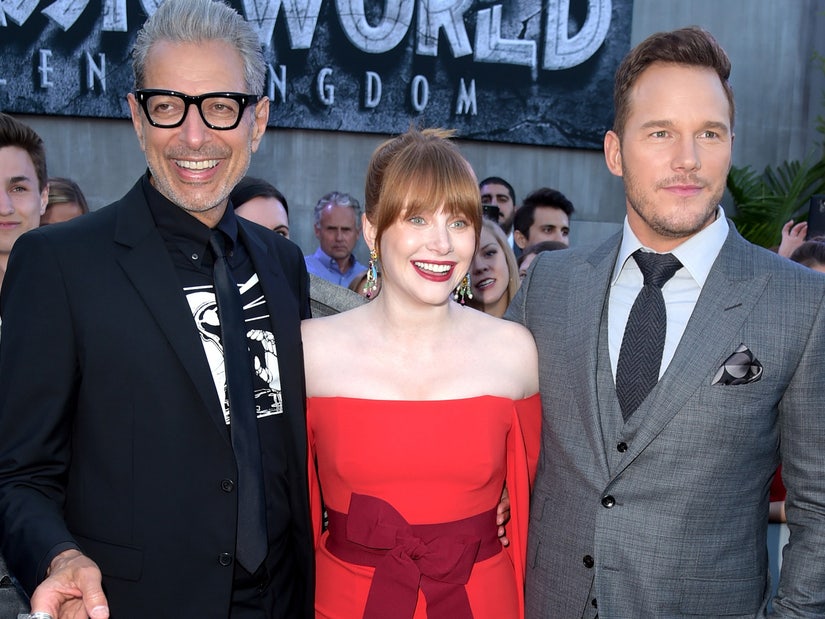 The actor says he received a "109 pages" of safety protocols.

Jeff Goldblum is opening up about how "Jurassic World: Dominion" plans to keep its cast and crew safe as they resume production amid the coronavirus pandemic.

In a recent interview with Entertainment Tonight, the actor, who is reprising his role as Dr. Ian Malcolm, spoke about the extensive measures being taken for the third Jurassic World film, revealing he received a "109 pages" of safety protocols.

"We're headed, in about a week and a half, all of us, over to England, where there are protocols galore," Goldblum began. "We're going to be very safe, I think. And we're going to shoot Jurassic World for the next three months.

"They gave us 109 pages. They invested all their heart and soul, and a lot of money, into making sure that we're safe," Goldblum explained. "I won't bore you with the details, but we're all going to be quarantined in a kind of a bubble, all the crew and all the cast. And testing and everything."

"We know it's a risky time, but we feel it's good," he added. "Sam Neill's there and Laura Dern and Chris Pratt and Bryce Dallas Howard; Colin Trevorrow's directing, and there are gonna be some dinosaurs."

Production on the big-budget blockbuster was halted back in March due to the worldwide COVID-19 outbreak. According to Variety, production resumed earlier this month and Universal, the studio behind the franchise, dropped around $5 million on the safety measures, which will include temperature checks, coronavirus testing and more.

"Jurassic World: Dominion" is said to have been four weeks into its 20-week production schedule before filming was paused. Pre-production continued last month, per Variety.

While the plot of the adventure film starring Chris Pratt and Bryce Dallas Howard has been kept under wraps, Amblin Entertainment announced back in September that original "Jurassic Park" stars Dern, Neill and Goldblum would be returning to the franchise for "Jurassic World: Dominion," reprising their roles as Dr. Ellie Sattle, Dr. Alan Grant and Dr. Ian Malcom, respectively.

Of course, Goldblum had already reprised the character of Dr. Malcolm in "Jurassic World: Fallen Kingdom," but was relegated to a dramatic speech before the U.S. Senate.

Colin Trevorrow, who wrote the first two Jurassic World installments and directed the first, is returning as both the writer and director for "Dominion."

"Jurassic World: Dominion," the third installment of the planned "Jurassic World" trilogy, will mark the sixth film in the Jurassic Park franchise.