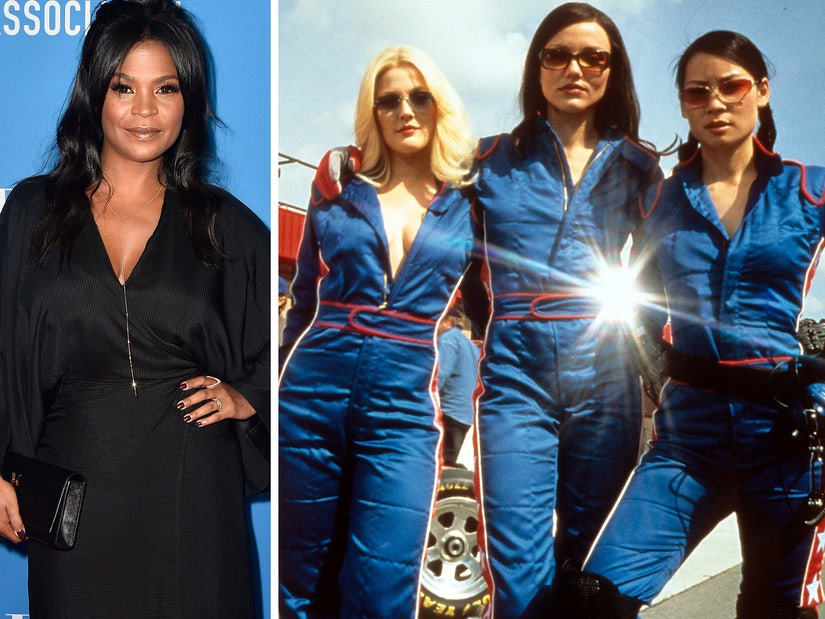 Long, however, felt it was code for "you're a little too Black" -- and also opens up about being "racially profiled" recently by a flight attendant.

Before Lucy Liu landed the role of Alex in "Charlie's Angels," Nia Long says she went up for the gig -- and believes she didn't get the part because of her skin color.

The former "Fresh Prince of Bel-Air" star claimed she auditioned for a part in the 2000 reboot, but was told she didn't land it because she "looked too old" opposite Drew Barrymore. "The feedback that I received from my agent was, 'She just looked too old and sophisticated to be next to Drew,'" Long claimed in a new interview with Insider.

"I was like, "What?" Long continued. "I love Drew Barrymore, I think she's amazing, but I think that was just a nice way to say you're a little too Black. Personally, that's what I think. Because if you notice there were no brown skin [actors]. I mean, honestly, I would have been the blackest thing in the film."

Long said the decision shouldn't have been made simply by her appearance at the audition, as it's "a director's vision to help create and curate a character" and see past "the fact I had on a blazer and a pair of jeans." She added, "that was clearly not the job and opportunity for me. So, no problem, I'll keep it moving."

"Westworld" star Thandie Newton recently opened up about passing on the same role, telling Vulture she felt the director would objectify her, while producer Amy Pascal's idea of the character was made up of "these stereotypes of how to be more convincing as a Black character." Pascal said she had no recollection of Newton's claims.

In a separate interview this week with "The Talk," Long also opened up about how she felt "racially profiled" by an American Airlines flight attendant earlier this year.

The actress said she was on a flight to pick up her father's ashes and witnessed a flight attendant being "rude to another Black woman who was pregnant and who had a toddler."

According to Long, the woman -- who had a seat in the main cabin -- hoped to use the first class restroom and was told by the flight attendant she had to go to the back of the plane.

"Immediately I was just like where are we in the world where you're not going to allow this woman to use the restroom? I don't care what cabin she's sitting in, it doesn't matter," said Long. "Do you not see what's happening in the world. Where is your humility and your sense of integrity for humanity? This woman was pregnant and had a toddler. It just doesn't make any sense."

"So at some point, unions need to reevaluate the way that they manage their employees, and corporations have to be responsible for that behavior," she added. "We have to change the way that we're thinking. So really what it boiled down to for me is, I felt like we were both being racially profiled, because she was rude to me as well. I wrote a long letter and I said, this is not okay."

Long said she did receive an apology from the airline.